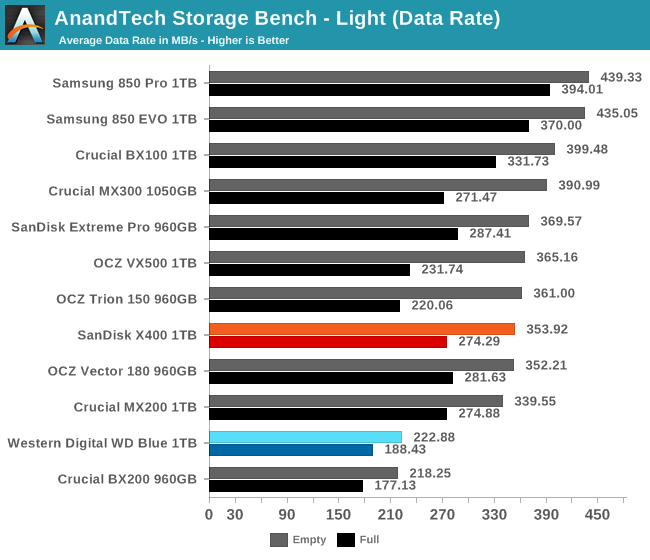 The WD Blue's average data rate on the Light test is surprisingly slow and barely faster than the Crucial BX200. It appears that the WD Blue cannot deliver very fast burst performance even though it performs reasonably well under a sustained load. 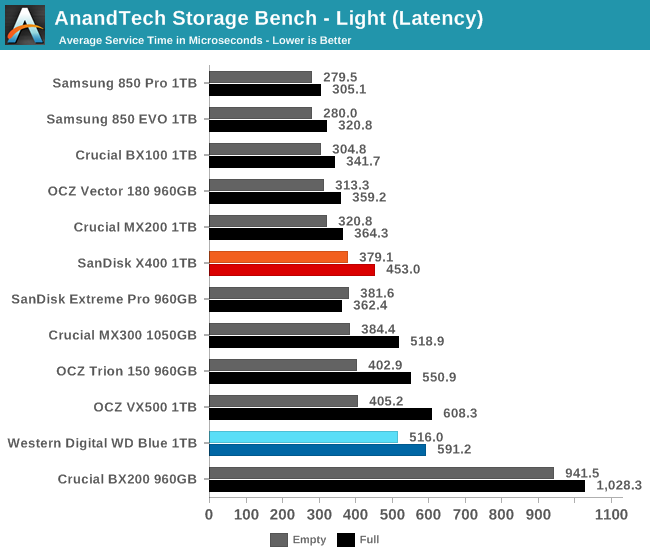 While the WD Blue only barely beat the Crucial BX200 on average data rate, it clearly wins on average service time. The WD Blue's empty drive average latency is substantially higher than most of the competition, but its full drive performance stands out less. 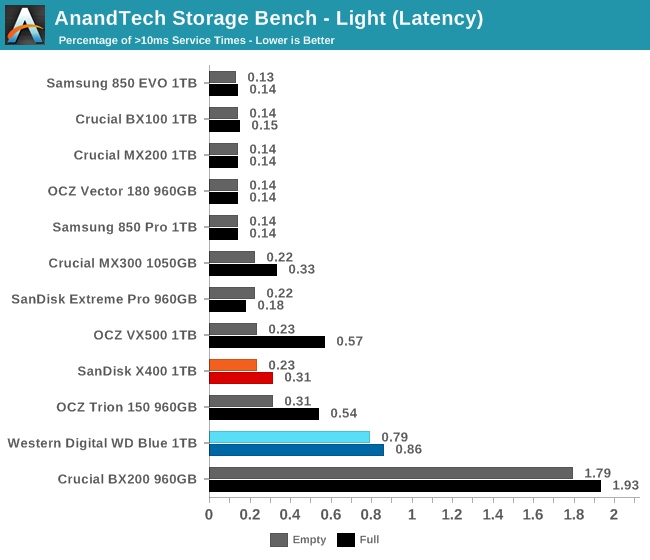 The number of high-latency outliers experienced by the WD Blue on the Light test is much higher than most of the competition, but also less than half what the Crucial BX200 suffered. 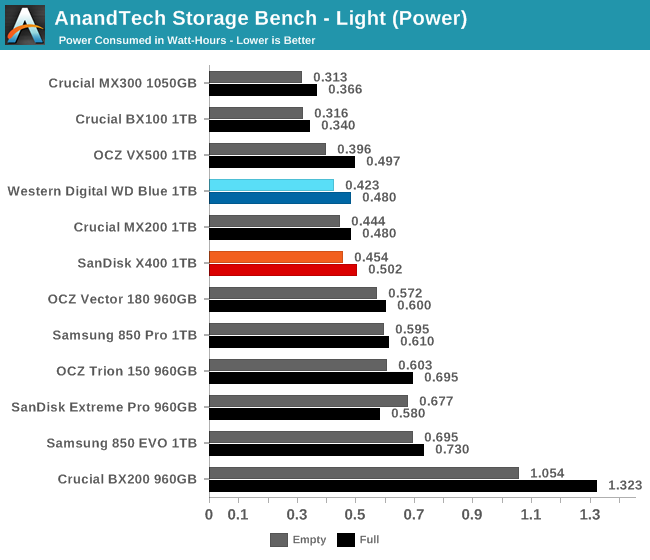 Power consumption is once again a highlight of the WD Blue, with above average performance that is slightly better than the SanDisk X400.