The X1 Yoga we have for review is likely going to be the last of the Skylake-U models to come across my desk. With the recent launch of Kaby Lake, many machines are going to be available with the updated CPU soon. But that doesn’t discount Skylake, which still offers some nice performance gains especially with Speed Shift coming with Windows 10, and a big update to the integrated graphics.

The X1 Yoga was run through the standard notebook lineup for tests, and will be compared against other Ultrabooks and 2-in-1s. The X1 Carbon from last year is a nice comparison because it’s the Broadwell version with the i7-5600U, so you will be able to see the progress with Skylake. 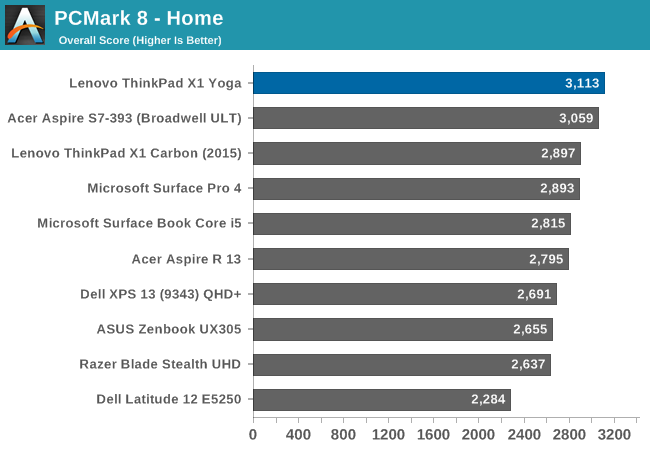 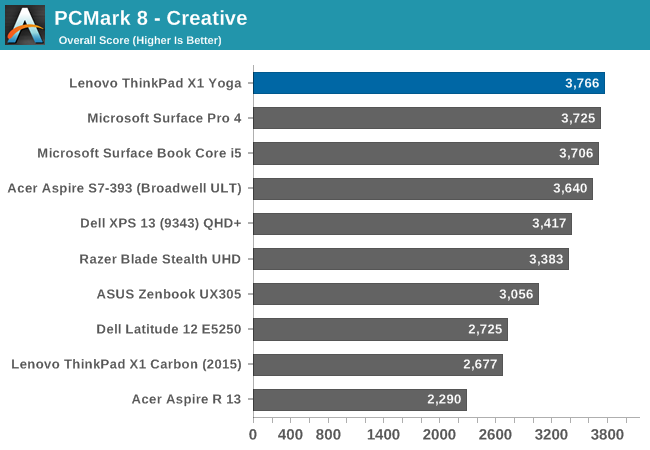 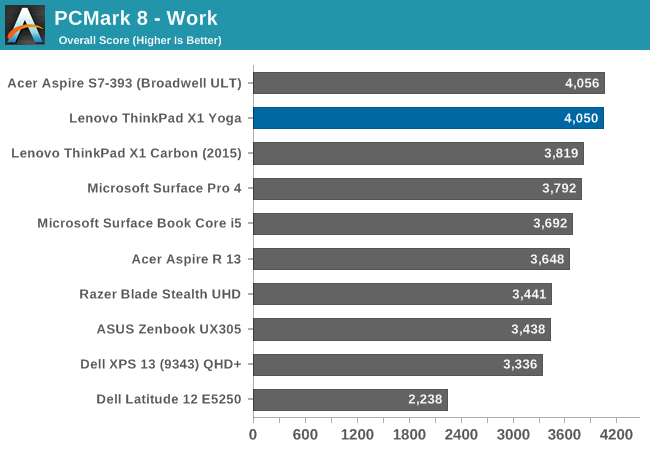 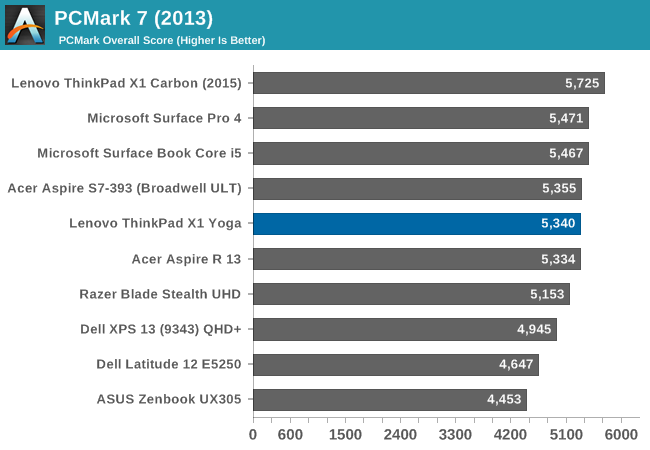 Futuremark’s PCMark tests attempt to replicate real-world workloads, with lots of burst work and some sustained work with gaming and such. The Skylake X1 Yoga shows a nice performance gain over Broadwell here. 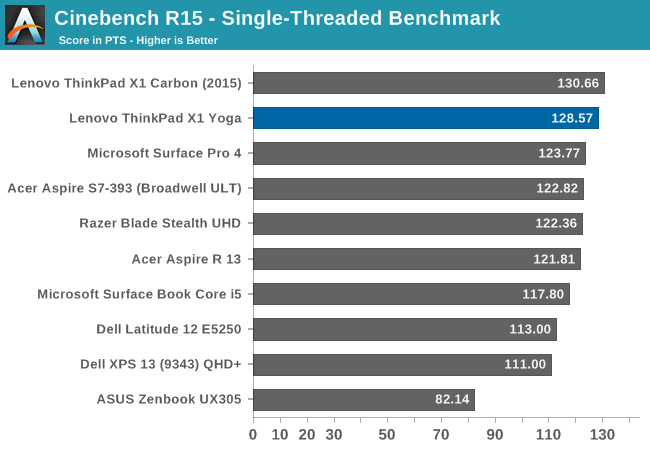 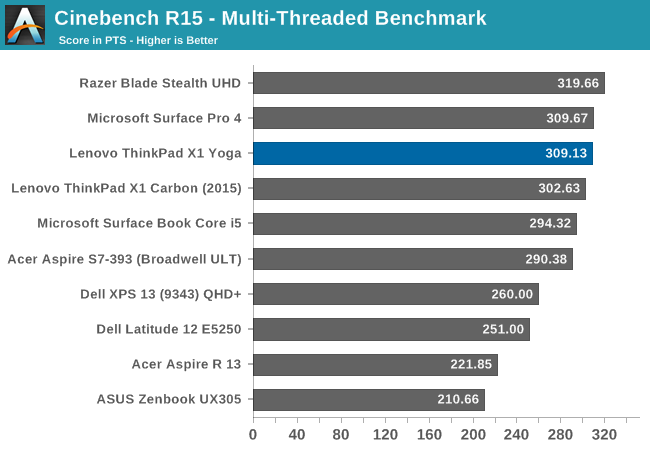 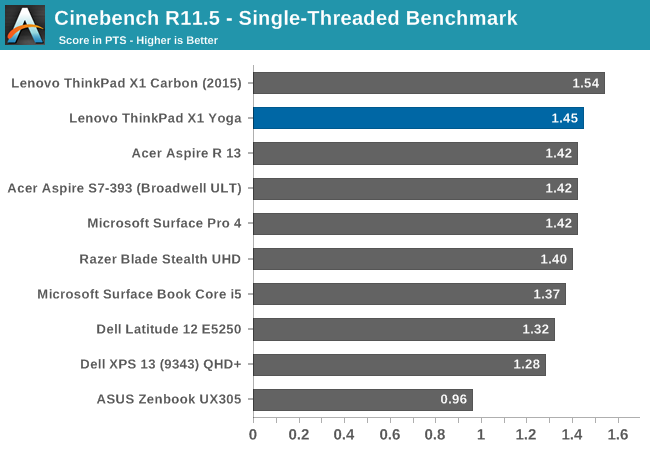 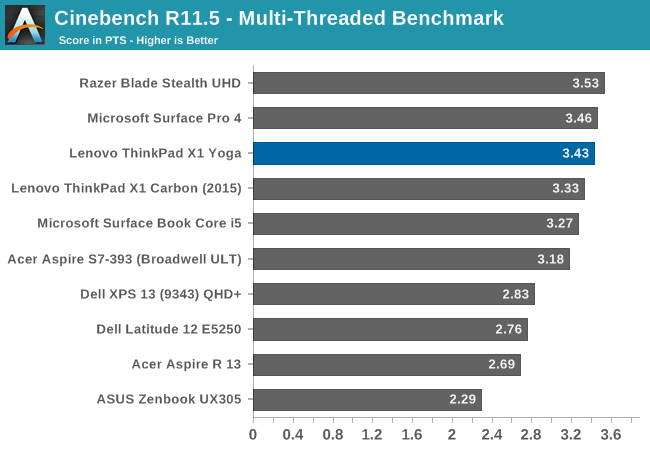 Unlike PCMark, Cinebench is a pure CPU task, with 100% CPU load for the duration of the test. There are both single-thread and multi-thread options as well. Here Skylake’s improved features like Speed Shift have less of an impact, and the overall performance is similar to Broadwell in the X1 Carbon, but remember the X1 Carbon is the i7-5600U as well, offering a tiny bit more MHz than the i7-6500U in the X1 Yoga. 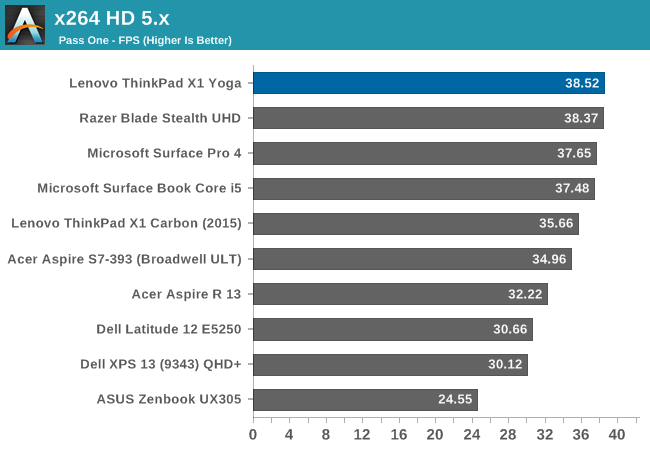 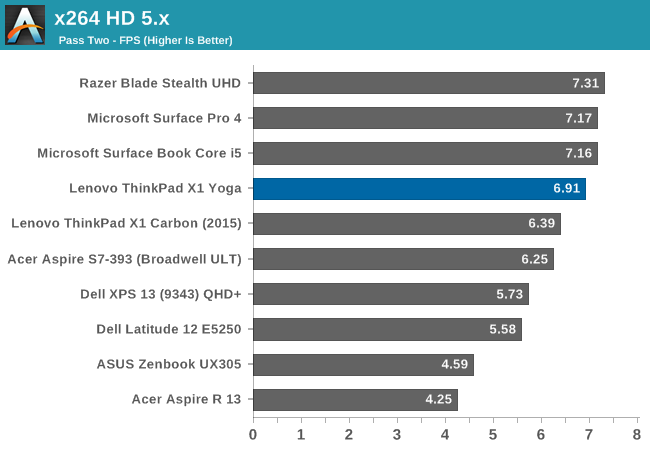 Like Cinebench, this test is a CPU bound test, where higher frequencies and more cores make a big difference. Unlike Cinebench though, Skylake does a bit better here and pulls a nice gap over Broadwell.

Although web benchmarks are an imperfect test, in the end we spend a lot of our digital time using the web, so it’s still important. With the launch of Windows 10, we switched from Chrome to Edge for our browser tests, and the different browsers will be pointed out in the graphs. 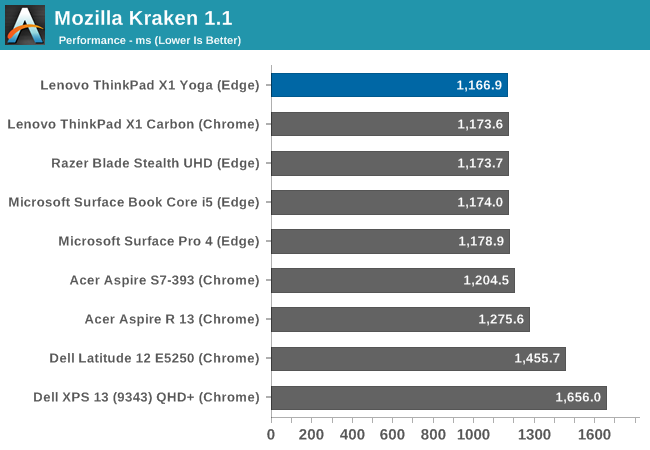 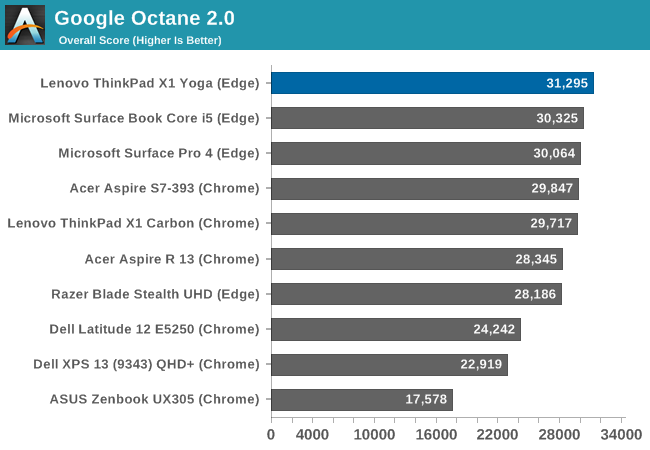 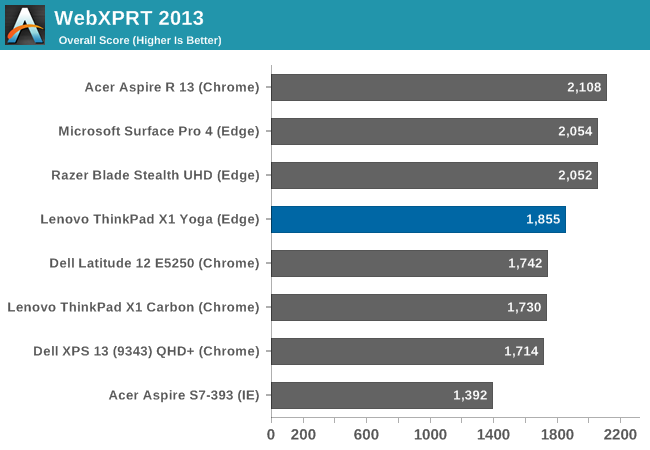 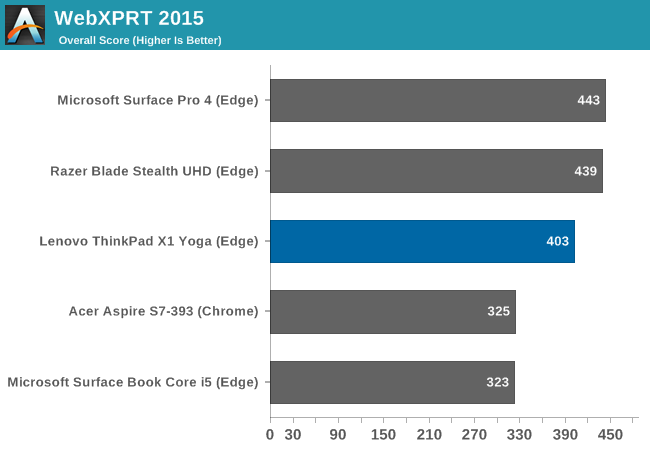 Once again, performance is pretty much in-line with other Ultrabooks, and the i7-6500U has the benefits of Speed Shift which can help out quite a bit on the bursty workloads of Javascript. It’s not a huge gain over the last generation, but it’s still an improvement.

Storage is now a key selling point on laptops again. Most manufacturers are proud to say they offer PCIe storage, even if they tend to ship the cheaper TLC based drives. In the case of the X1 Yoga, we have both an LCD model and the OLED one to test, and they didn’t come with the same SSDs. The LCD model was outfitted with the Samsung PM871 which is a SATA TLC drive, and in this case 512 GB. The OLED one was a Samsung PM951, which is a NVMe TLC drive. On a premium device, it would be nice to see NVMe across the board, and preferably MLC storage, but margins tend to trump this and Samsung's TLC drives are a step above the rest. Lenovo also offers some drives with OPAL 2.0 certification, and NVMe drives up to 1 TB. 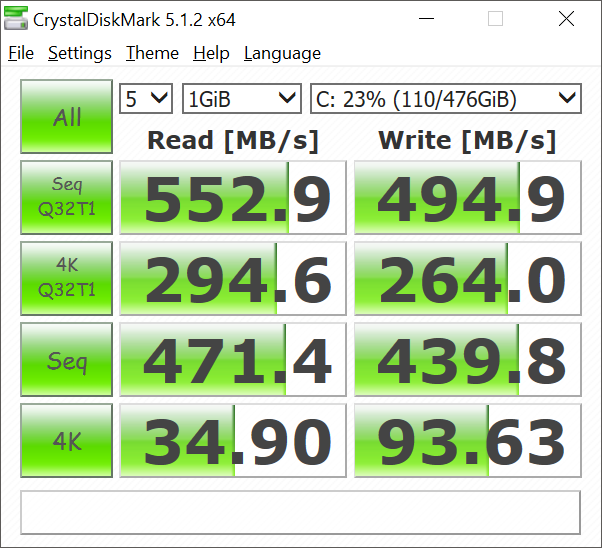 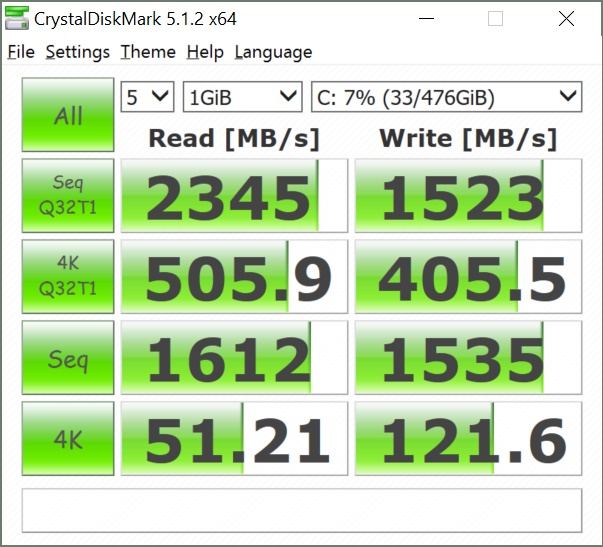 The PM871 shows its SATA roots, capping out at less than 600 MB/s. The PM951 is pretty much the standard NVMe drive for the last year, and its read performance shows the big benefit of getting off SATA, although the write speeds are somewhat lower due to the TLC flash.