As previously mentioned this year a major goal of ours was to focus on benchmarks with metrics that better indicate user experience rather than being subject to additional layers of indirection in addition to updating our previously used benchmarks. Probably one of the hardest problems to tackle from a testing perspective is capturing what it means to have a smooth and fast phone, and with the right benchmarks you can actually start to test for these things in a meaningful way instead of just relying on a reviewer’s word. In addition to new benchmarks, we’ve attempted to update existing types of benchmarks with tests that are more realistic and more useful rather than simple microbenchmarks that can be easily optimized against without any meaningful user experience improvements. With that said, let's get into the results. 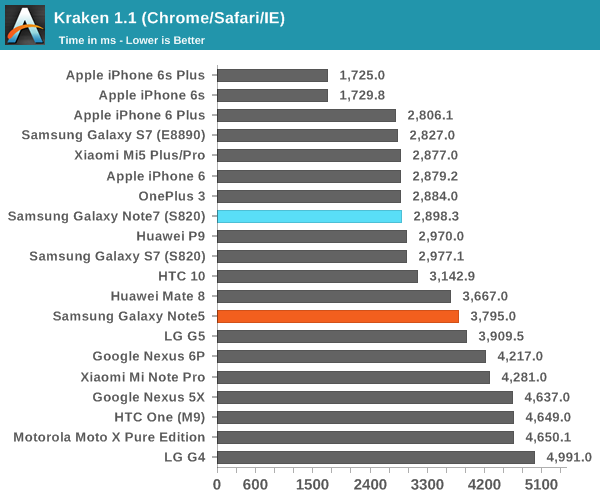 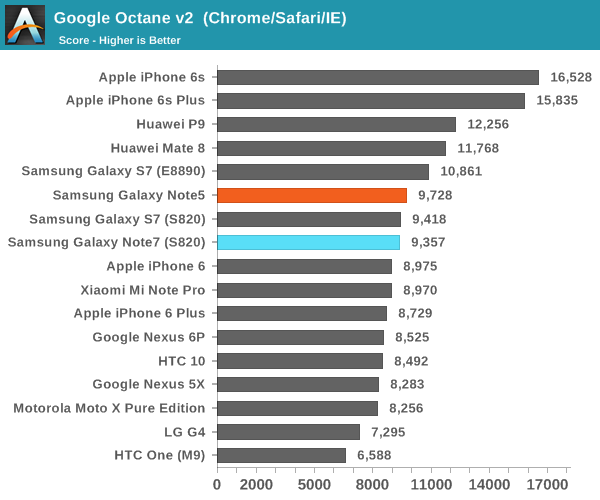 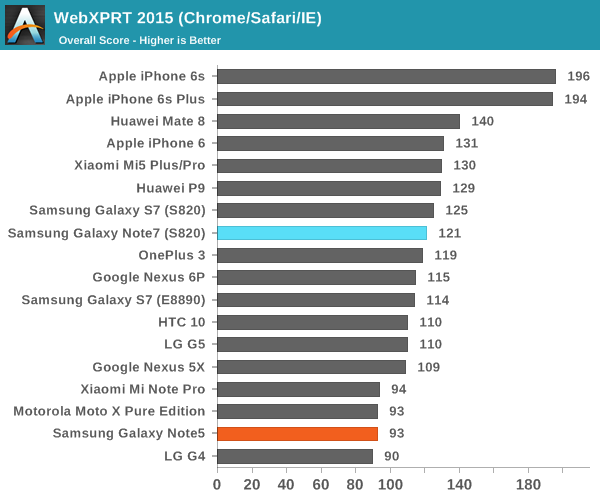 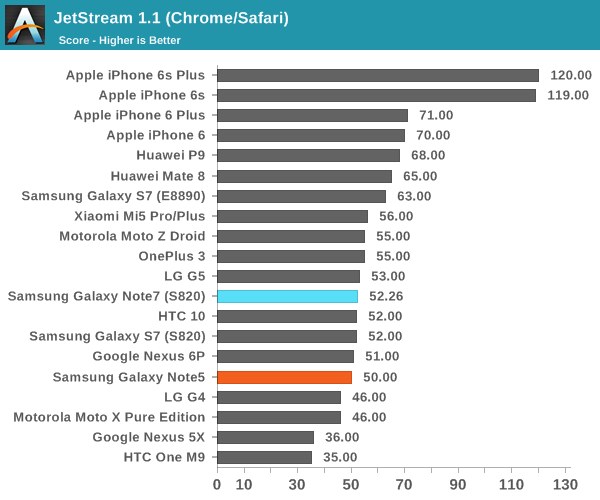 Browser performance here is pretty much in line with expectations as pretty much every OEM using Snapdragon 820 is going to be using the same basic BSP and most of the optimizations here are going to be done by Qualcomm rather than the OEMs. 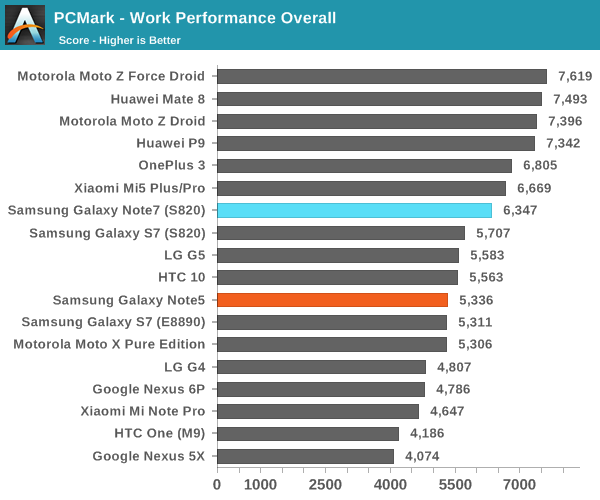 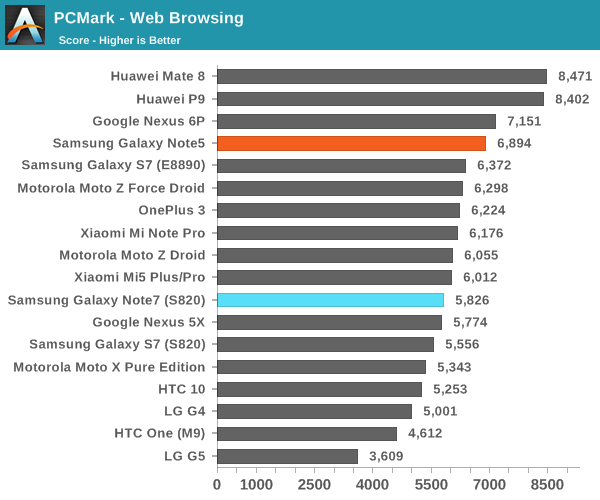 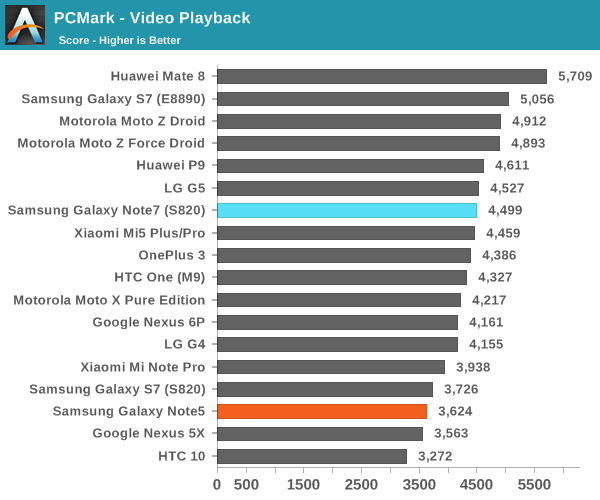 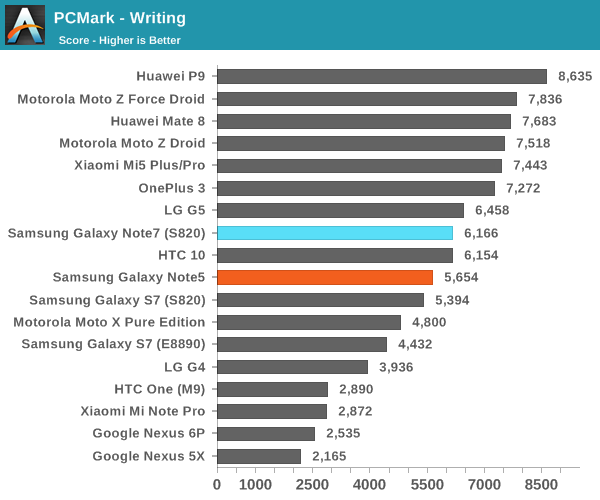 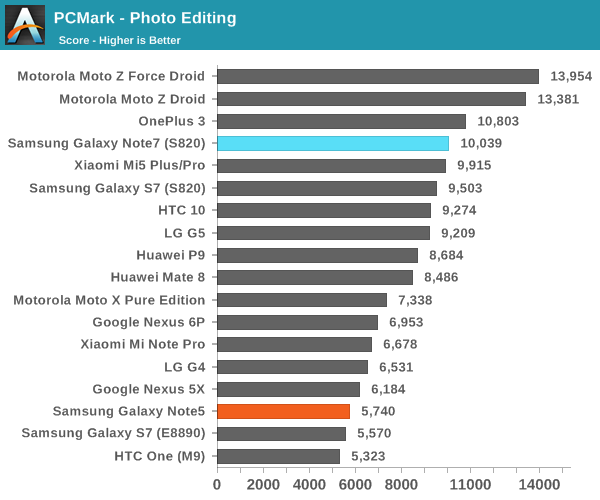 Again, performance is in line with expectation in PCMark, although there are some improvements here and there that are primarily centered about web browsing performance which is almost constantly being improved as developers figure out new optimizations for browsers. With that said we can move on to Discomark, which is a true high level benchmark designed to show exactly how quickly a suite of common Google and OEM applications load from NAND or from RAM. 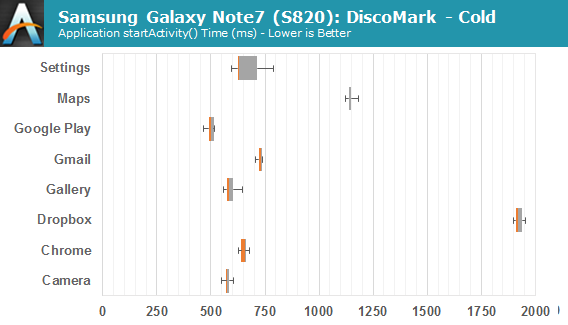 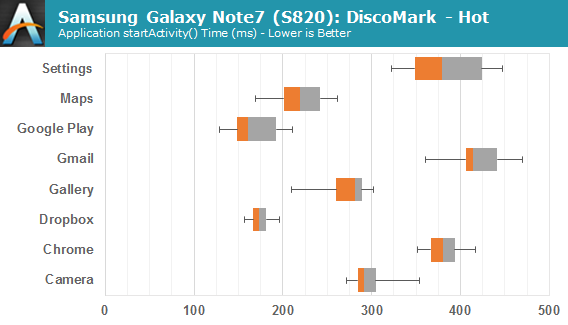 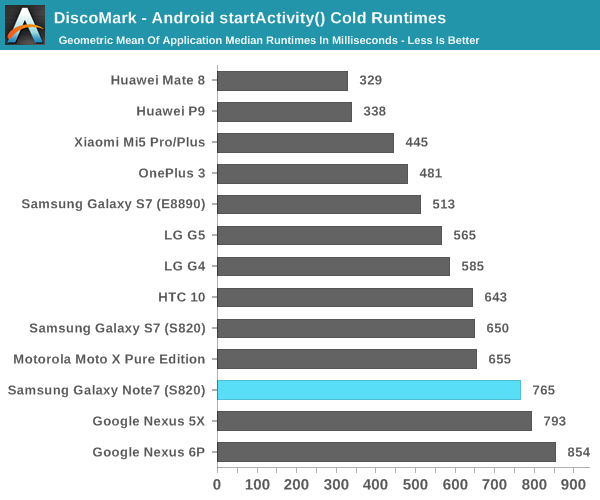 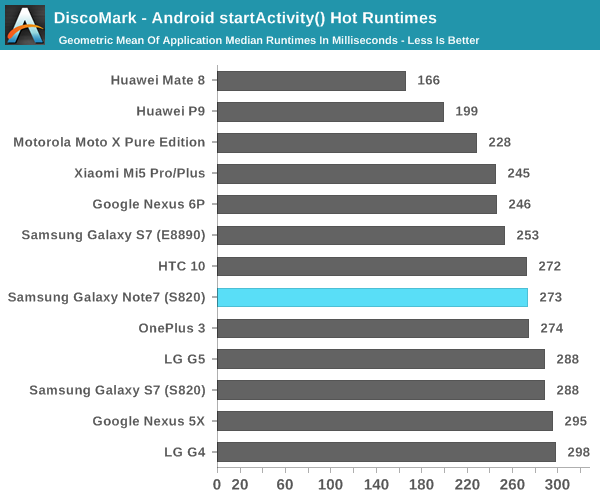