As always we’ll also take a quick look at synthetic performance. While GTX 1060 is of course a cut down Pascal architecture part, how it has been cut down is interesting. Compared to GP104, GP106 has half the SMs and GPCs, but 3/4 the ROPs, which may prove to have an impact. 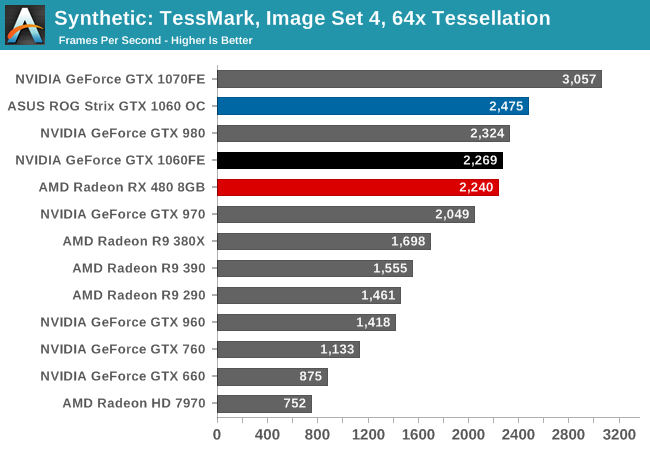 Starting off with tessellation performance, we find the GTX 1060 coming in just behind the GTX 980, showing that NVIDIA’s performance estimates generally apply not only to games, but synthetic tests as well. But perhaps more interesting is the fact that the card is neck-and-neck with the Radeon RX 480. NVIDIA has traditionally enjoyed a sizable geometry performance lead over AMD cards, but it looks like those days have come to a close. 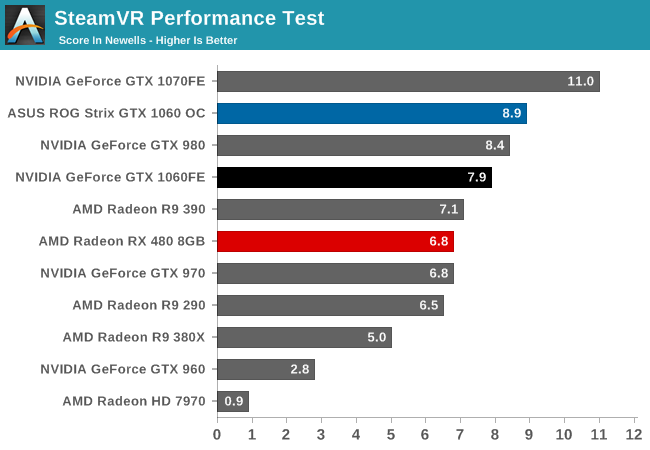 As NVIDIA’s now entry-level VR card, GTX 1060 looks very good in the Steam VR test. A score of 7.9 Newells means that it’s comfortably above the 6.x range generally required, and it also means the GTX 1060 is comfortably ahead of the RX 480 in this scenario. 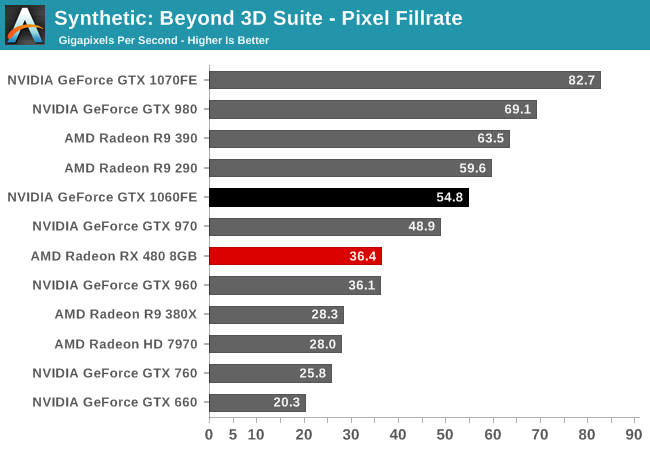 Starting with the pixel fillrate, we can see the impact of GTX 1060’s slightly more unusual ROP and GPC arrangement when it’s compared to the GTX 980. At 54.8 GPixels/second, GTX 1060 trails GTX 980 significantly. The card not only has fewer ROPs, but it has half of the rasterizer throughput (32 pixels/clock) as GTX 980. As we’ve seen in our gaming benchmarks the real-world impact isn’t nearly as great as what happens under these synthetic tests, but it helps to explain why sometimes GTX 1060 is tied with GTX 980, and other times it’s several percent behind. If nothing else, at an architectural level this is what makes GTX 1060 a better 1080p card than a 1440p card. 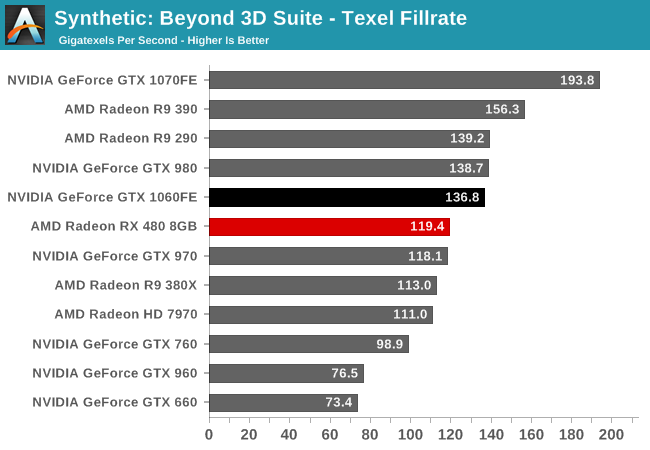 As for texel throughput, things are right where we expect them. GTX 1060 is virtually tied with GTX 980, and while it’s ahead of RX 480 in the process, it’s not by a massive amount.