As we already had the chance to categorize the Pascal architecture’s compute performance in our GTX 1080 review, there shouldn’t be any surprises here. But it will be interesting to see whether the GTX 1060’s higher ratio of memory bandwidth per FLOP materially impacts overall compute performance. 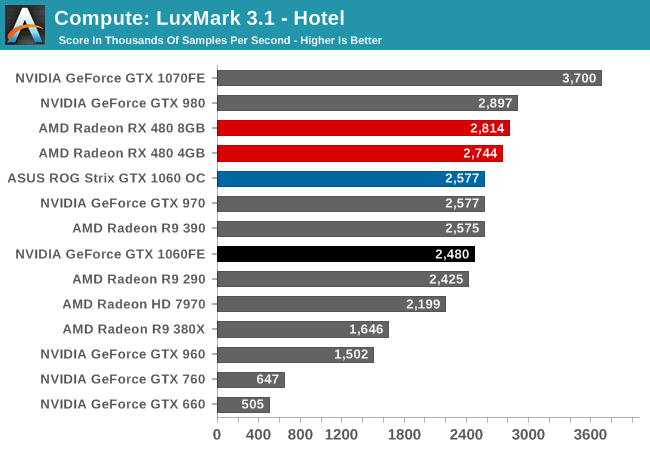 While GTX 1060 could hang with GTX 980 in gaming benchmarks, we don’t start off the same way with compute benchmarks, with the last-generation flagship holding about 17% ahead. Unfortunately for NVIDIA, this is about where GTX 1060 needed to be to best RX 480; instead it ends up trailing the AMD competition. Otherwise the performance gain versus the GTX 960 stands at 65%. 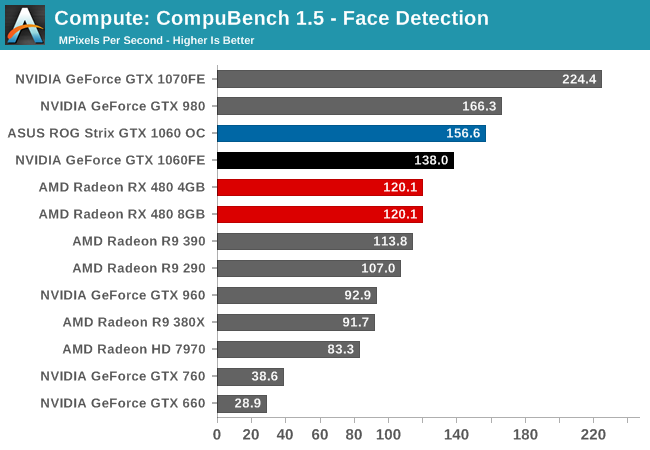 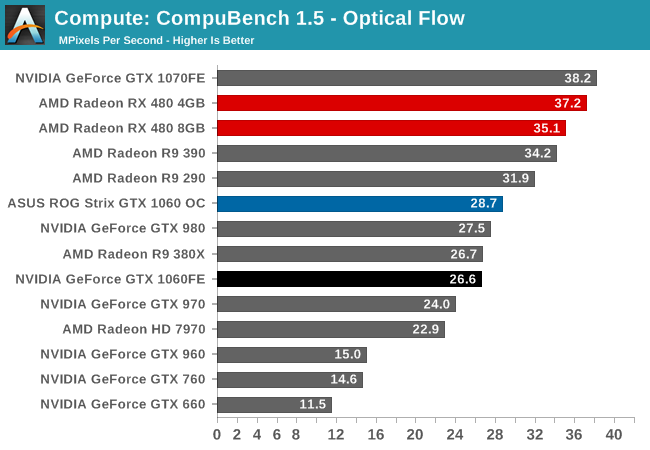 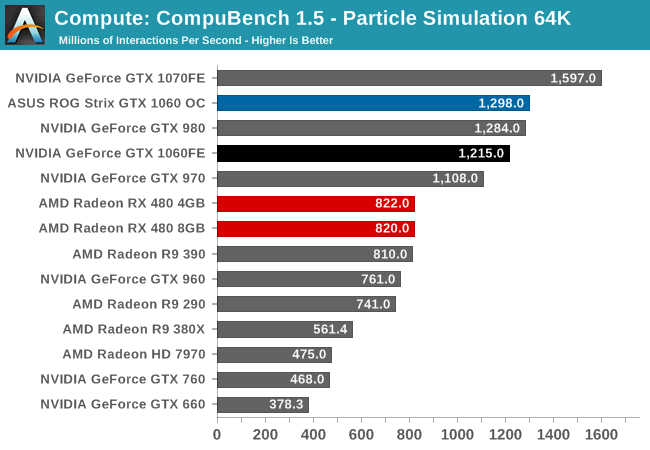 Like with GTX 1080, relative performance is all over the place. GTX 1060 wins with face detection, loses at optical flow, and wins again at particle simulation. Even the gains versus GTX 960 are a bit more uneven, though at the end of the day GTX 1060 ends up being significantly faster than its predecessor with all 3 sub-benchmarks. 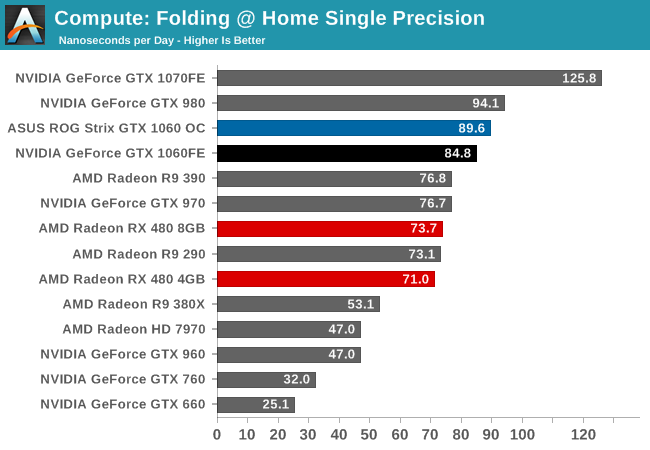 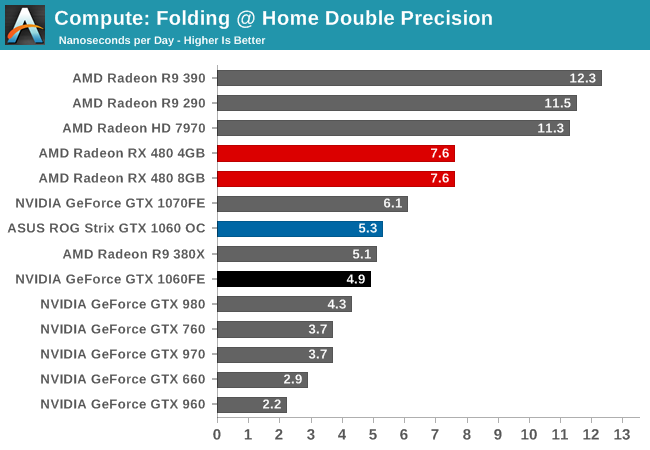 Finally, in Folding@Home, we see the usual split between single precision and double precision performance. GTX 1060 is solidly in the lead when using FP32, but NVIDIA’s poor FP64 rate means that if double precision is needed, RX 480 will pull ahead.