The Anniversary Update also adds another feature to personalize the experience: Dark Mode. As the name suggests, Dark Mode changes the default color scheme to black. The built-in apps also set their color scheme based on this setting, including mail, the store, and more. 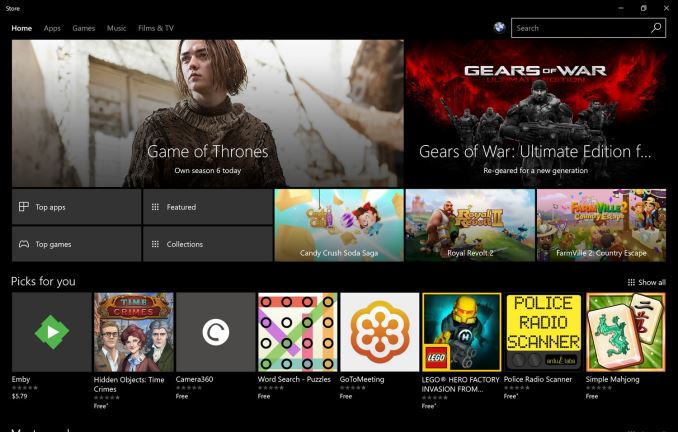 This is certainly a nice feature for personalization, but it’s also a smart idea with recent launches of PCs and tablets with OLED displays. Lenovo showed off their own theme for Windows 10 at CES, for use with their OLED laptops, which eliminates a lot of the bright white display aspects that desktops and laptops have become accustomed to.

Other apps, such as Edge, also include a dark mode but the toggle is in the app settings, so you can customize this the way you prefer.

The built-in Mail app hasn’t changed much visually since it was launched, but it’s continued to gain features which were very much missing when the OS first shipped. For instance, the mail client originally shipped with Conversation View as the only way to see your mail. About a month after Windows 10 shipped, an update arrived which allowed you to set the view to the more traditional view of chronological order. 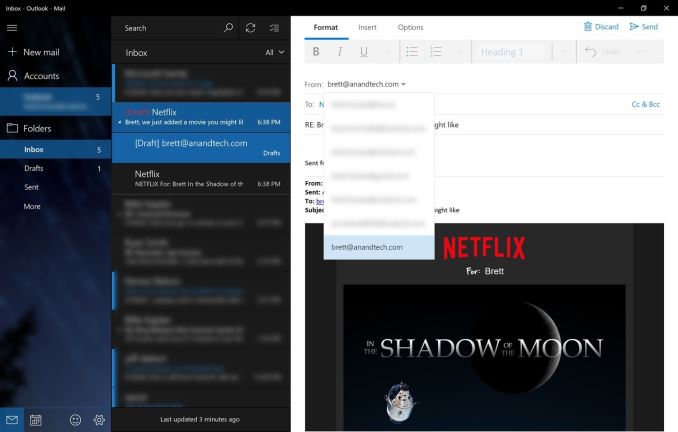 With the Anniversary Update, Microsoft has finally fixed another missing feature which was a huge inconvenience for many people (myself included) which is you can finally send mail as another address. The Windows 8.1 mail client supports this, Microsoft’s Outlook.com supports this, but until this update, the Windows 10 mail client was missing this. You could of course put multiple accounts into it, but if you’ve consolidated to one, you can now use a drop-down selection on the send address to pick any addresses configured.

The OneDrive experience changed dramatically with Windows 10. Windows 8.1 featured the ability to see all of your files in OneDrive, and only download those that you wanted to access. Windows 10 ditched that and went with a per-folder sync when OneDrive was configured. With the limited storage on many devices, this wasn’t always ideal. To compound matters, there was no app for OneDrive when the OS launched. 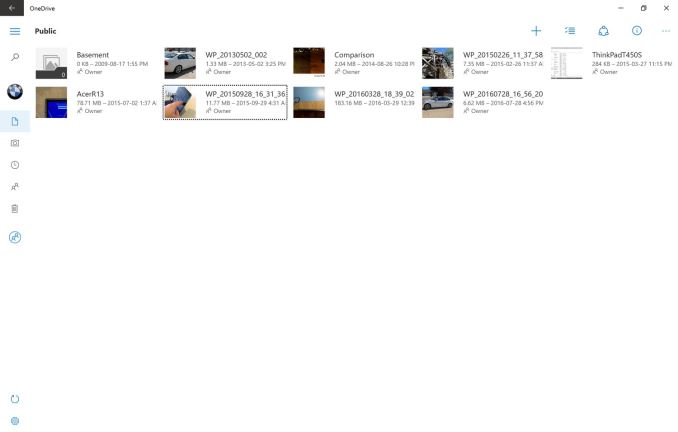 At least one of these issues is now gone, and while not tied to the Anniversary Update, there is now an app to access OneDrive. It does give access, and you can download files that you need, although it’s a traditional file-save dialog rather than just download it and keep the file in sync within the OneDrive folder like in Windows 8.1.

There were reports of placeholders coming back to Windows 10, but at least so far, there hasn’t been any official word of this feature coming back. Until a new solution is found, OneDrive is not be the integrated experience it was in Windows 8.1.