First off, we have some video encoding benchmarks courtesy of x264 HD Benchmark v5.0. This is simply a test of CPU performance. The Core m3-6Y30 in the Compute Stick form factor is given a bit of a challenge by the Core i5-4210Y in the Zotac ZBOX CI540 nano, a NUC-form factor machine. 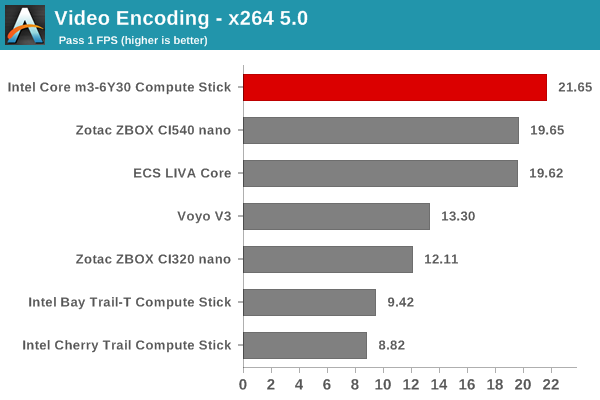 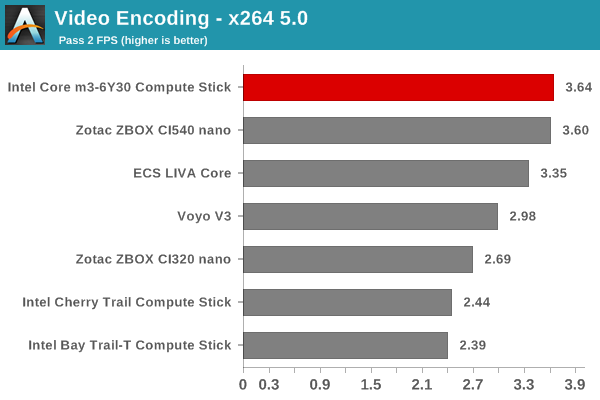 In these multi-threaded benchmarks, the quad-core processors (4C/4T) are able to score better than the 2C/4T configuration of the Core m3-6Y30. 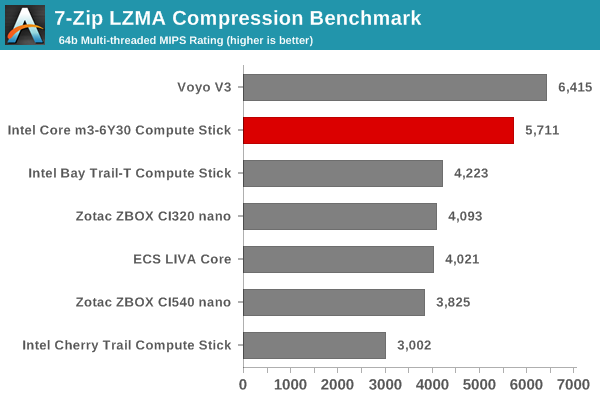 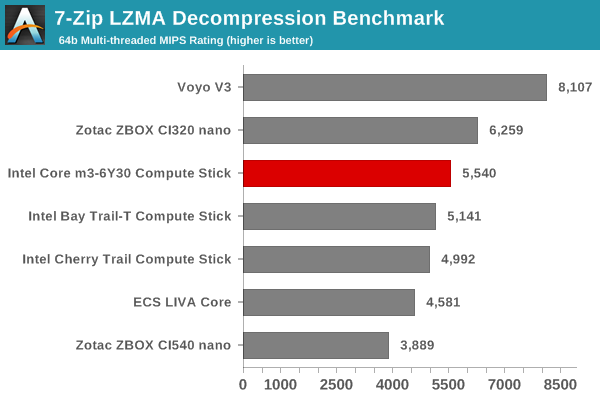 As businesses (and even home consumers) become more security conscious, the importance of encryption can't be overstated. The Core m3-6Y30 supports the AES-NI instruction for accelerating the encryption and decryption processes. TrueCrypt, a popular open-source disk encryption program can take advantage of the AES-NI capabilities. The TrueCrypt internal benchmark provides some interesting cryptography-related numbers to ponder. In the graph below, we can get an idea of how fast a TrueCrypt volume would behave in the Intel Core m3-6Y30 Compute Stick and how it would compare with other select PCs. This is a purely CPU feature / clock speed based test. 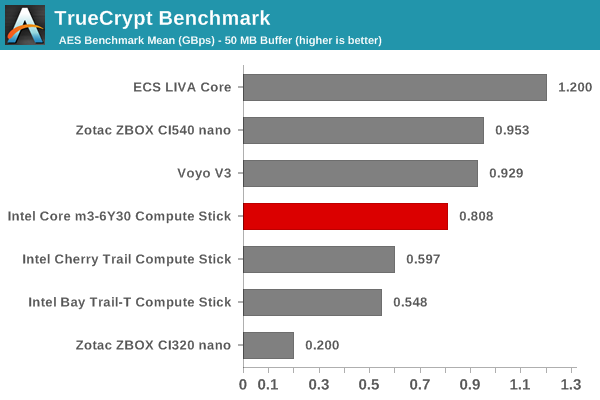 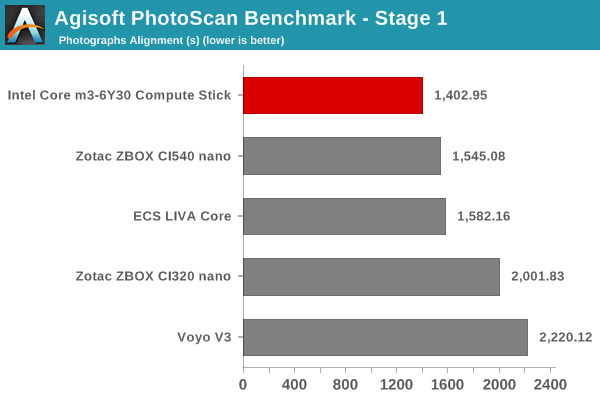 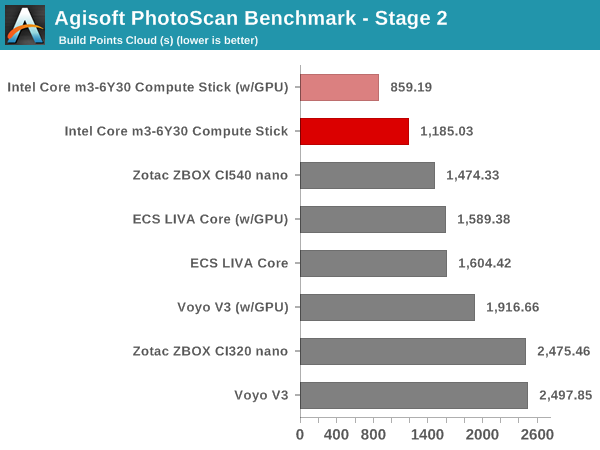 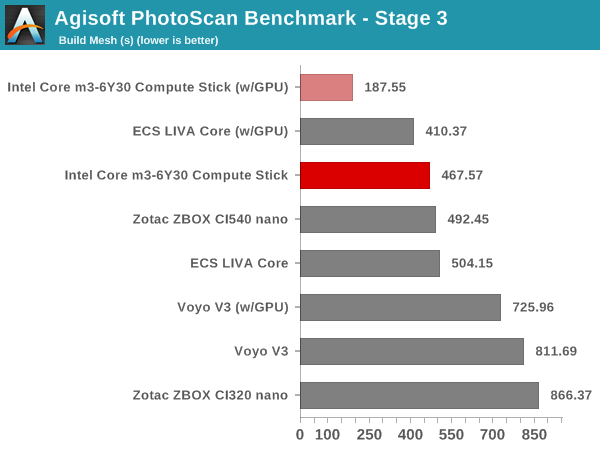 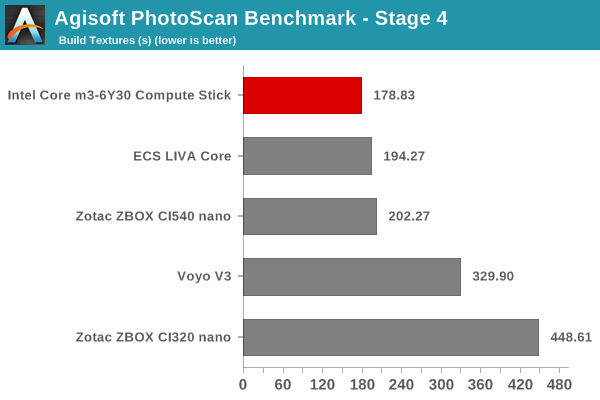 Wrapping up our application benchmark numbers is the Dolphin Emulator benchmark mode results. This is again a test of the CPU capabilities, and the pure single-threaed performance advantage of the Core m3-6Y30 is evident here. 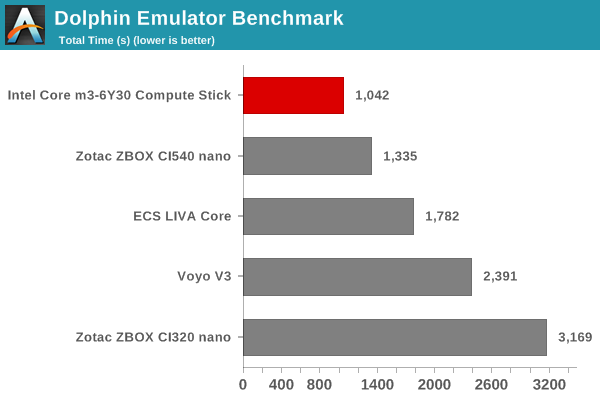