You would think that for a company in as much trouble as AMD is right now that the mood over there would be significantly degraded. It turns out that the exact opposite is the case and it is quite evident by our meeting today with them. Before our meeting we were quite concerned about AMD (as are many of the motherboard manufacturers) but afterwards we have renewed confidence in their ability to not only survive but do well in this market; just as you can imagine though, their survival and success rests entirely on Hammer - both on the desktop and server sides. 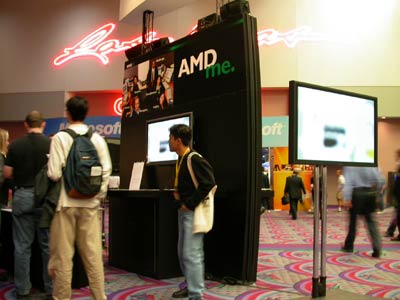 So what did we learn from AMD today? Quite a bit…