Intel's Springdale Chipset - Up and Running

FIC also had an early sample of Intel's Springdale chipset, the first dual channel DDR chipset for the desktop Pentium 4 market (Granite Bay/E7205 is supposed to be workstation-only). 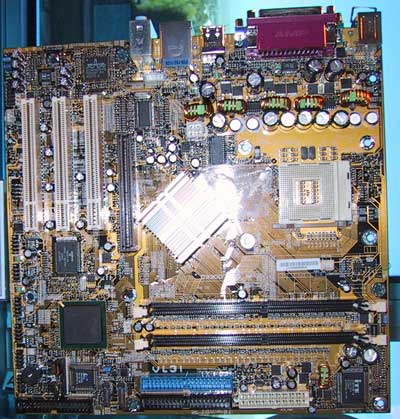 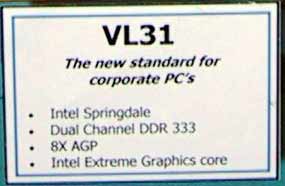 As you'll recall from our story at Computex, Springdale will bring a minimum of:

There are a few tidbits of updated information we've received today about Springdale that we'd like to share.

It is unclear at this point whether or not Intel will release a Northwood based Pentium 4 with 800MHz FSB support, we will try and receive more clarification as soon as we can.

Not all manufacturers will take advantage of the CSA bus as they will have to use Intel's Gigabit controller, some will be using a Broadcom controller on the PCI bus. Once again, the biggest problem here is that if you max out your Ethernet controller then you also completely saturate the PCI bus.

As the title of this section implies, Springdale was up and running just fine in FIC's suite. It is quite impressive to see this sort of maturity from a chipset that's not going to be out until April or May of 2003. Intel is definitely turning up the heat on AMD and exerting their dominance in the chipset market.