The power consumption at the wall was measured with a 1080p display being driven through one of the HDMI ports. In the graphs below, we compare the idle and load power of the CompuLab fitlet-XA10-LAN with other low power PCs evaluated before. For load power consumption, we ran Furmark 1.12.0 and Prime95 v27.9 together. 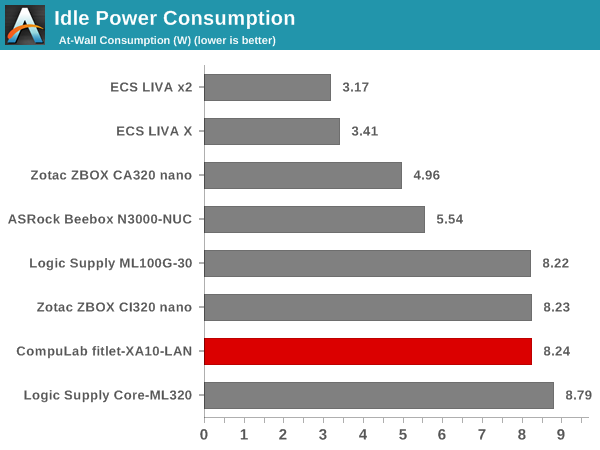 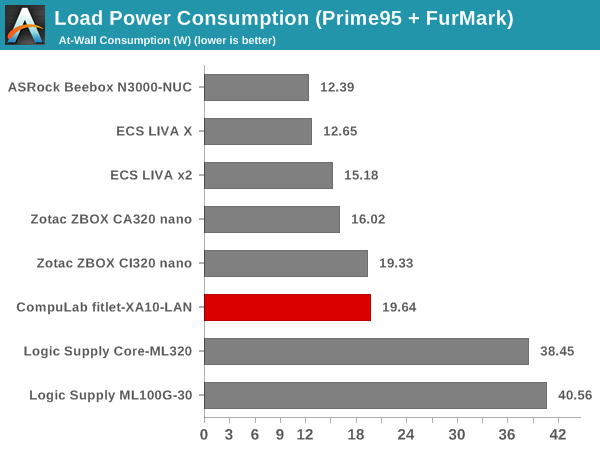 Given that these numbers were run with a USB 3.0 flash drive attached and active (that typically adds 2 - 3W), the Compulab fitlet-XA10-LAN is actually quite power efficient. These numbers must also be considered against the fact that the unit's BIOS was configured for maximum performance.

Our thermal stress routine starts with the system at idle, followed by 30 minutes of pure CPU loading. This is followed by another 30 minutes of both CPU and GPU being loaded simultaneously. After this, the CPU load gets removed, allowing the GPU to be loaded alone for another 30 minutes. The various clocks in the system as well as the temperatures within the unit are presented below for the two systems that were evaluated this way - the version with the heat sink and the black version with the new coating. 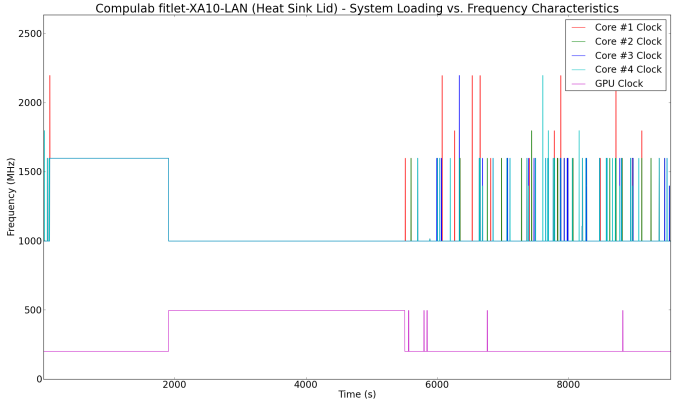 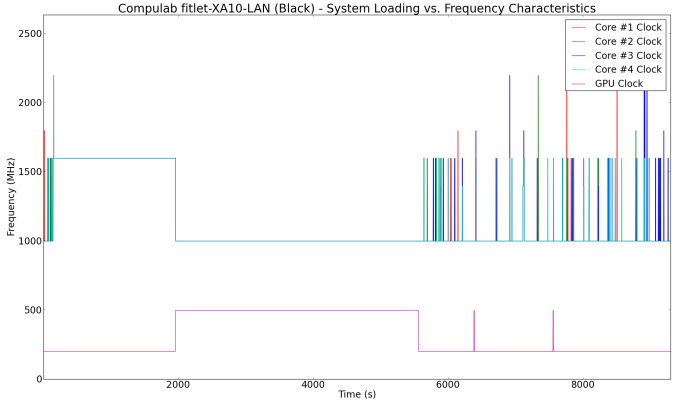 We find the frequency characteristics of both samples to be equivalent. This shows that both configurations are good enough to pass our thermal stress routine without throttling of any kind. However, the internal temperatures are much more interesting as an indicator of the efficiency of the thermal solution. 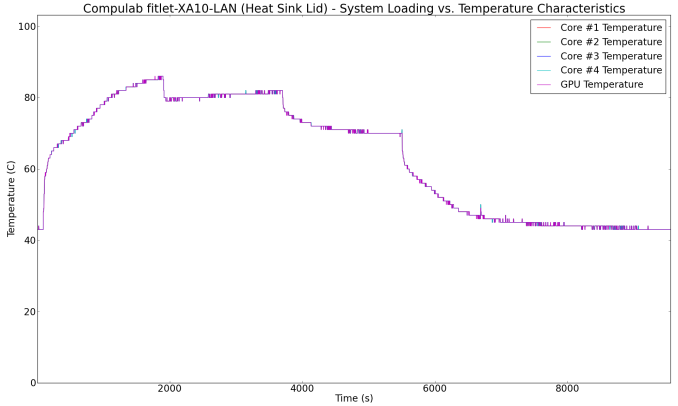 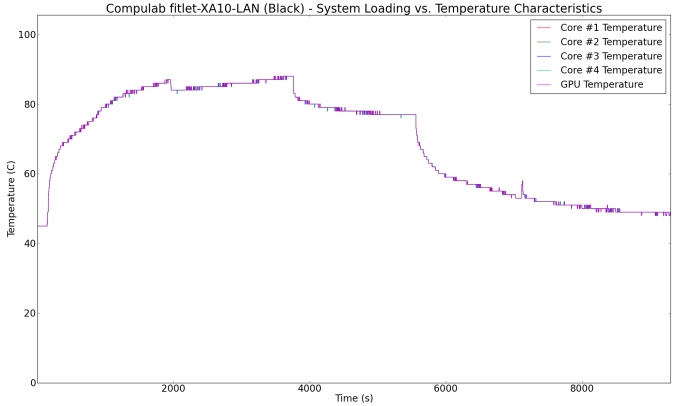 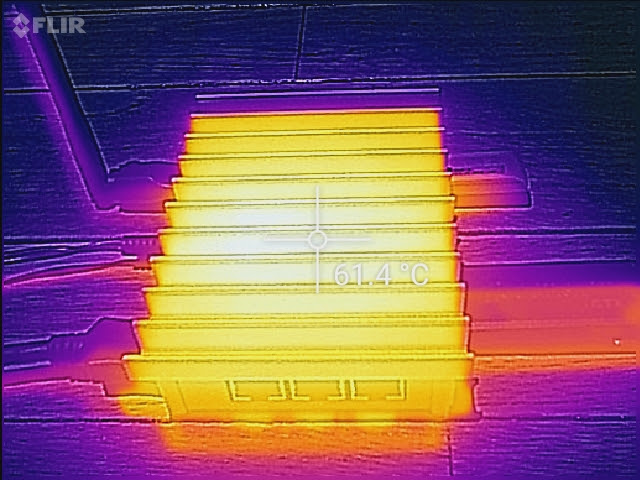 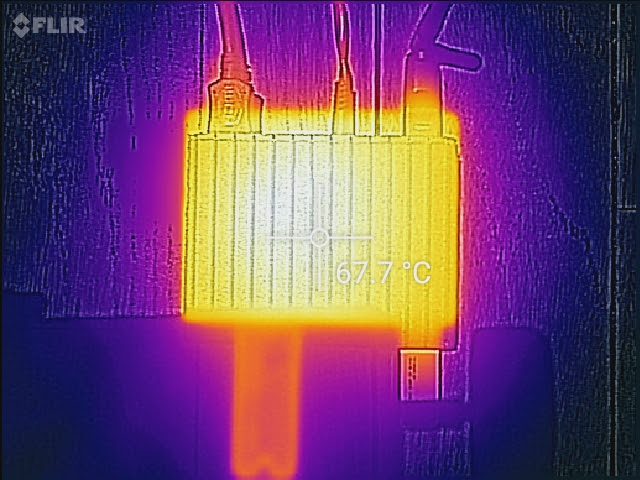 We have additional thermal images in the two galleries below.