Now that we’ve covered the user experience associated with the camera, we can start to go over the output that the Galaxy S7 is capable of producing. In order to do this we continue to carry over the same sorts of benchmarks that we’ve used in 2015, which is to say that we use a combination of standardized test charts with semi-controlled lighting along with real world testing to try and see how the device actually performs outside of rather simplistic tests. 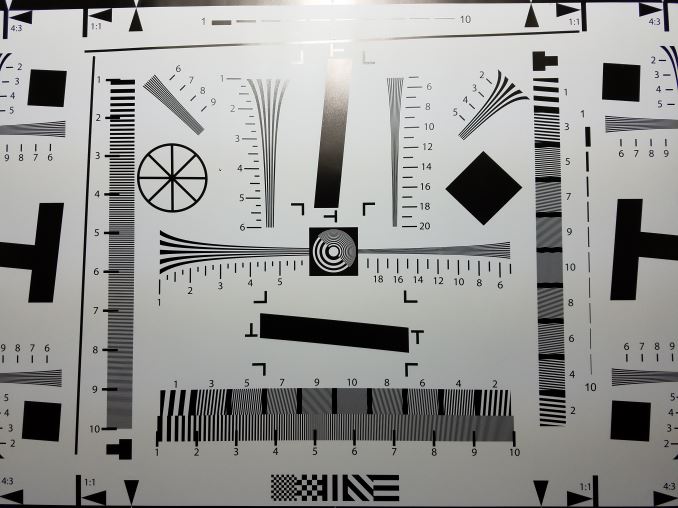 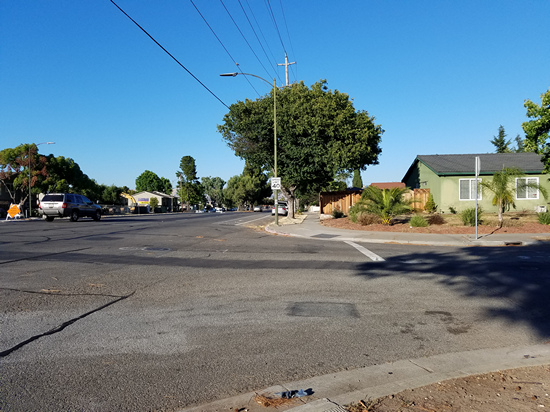 Relative to the iPhone 6s, the Galaxy S7 is basically identical in detail as well, but the iPhone 6s tends a bit warmer and has much, much less obvious post-processing that is extremely obvious on the distant trees that contrast against the sky. This is actually kind of surprising for me given that the Galaxy S7 has a larger sensor, but I suspect the dual pixel AF, wider aperture, and slightly wider field of view are eliminating whatever advantages increased sensor size might bring.

Compared to the HTC 10, the Galaxy S7 has better edge contrast, but generally it looks like textures have better detail on the HTC 10. I haven’t been able to do extensive RAW comparisons yet but it looks like HTC is just blurring luminance noise out too aggressively here for whatever reason. I’m not sure what causes this in image processing, but given how other OEMs like LG and Apple are fully capable of mostly eliminating color noise from their photos while retaining most of the detail that their cameras are capturing HTC would do well to do the same.

The final point of comparison I want to make here is the LG G4/G5. Although the G5 seems to have started an AF run in the middle of the capture, the areas where the photo is actually focused are arguably better than what the Galaxy S7 can put out. Even next to the G4, the Galaxy S7 falls short. I’m honestly not sure why LG doesn’t get more credit here, because next to Apple they seem to have the best image processing algorithms in the industry. 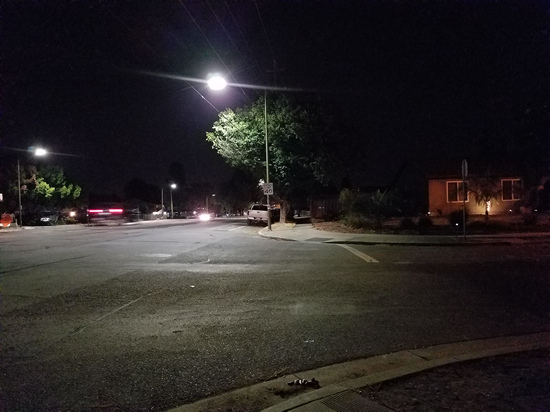 While daytime quality is critical, I suspect most people are going to be interested in low light performance as this is usually the hardest test for any OEM to get through. It’s taken years for OEMs to start shipping acceptable image processing in low light that wasn’t just a smeary and oversharpened mess, so getting this right is pretty important to say the least.

Unfortunately, the Galaxy S7 is just a bit disappointing here. The LG G5 is just clearly better here as noise reduction is better in pretty much every way and it looks a lot more natural due to less obvious sharpening halos. I would also argue that the HTC 10 is also better here due to its better texture detail and better handling of shadow detail, even if edges are softer.

The Galaxy S7 also has this strange streaking light flare with bright sources that I just couldn’t get rid of despite wiping the lens multiple times with a clean cotton cloth, which was done for every phone in this test before taking the picture. In fairness, the Galaxy S7 is still the fastest camera out of everything in this test, but it comes at the cost of rather disappointing output for me. The Galaxy Note5 looks like it might even be slightly better than the Galaxy S7, which is a weird regression when the general idea of going to a larger pixel size is to get better low light performance. As alluded to earlier, the cost of the dual pixel AF system may be sensitivity due to the dual photodiodes and light barrier to generate a phase detection pixel. While this is just one test example I’ve spent a lot of time playing with the camera on the Galaxy S7 and in general its low light performance is fairly similar to what you see above. The only time where I really see the Galaxy S7 lead is in extreme low light conditions where everything is reaching ISO and shutter speed limits.

Overall, while the user experience of the Galaxy S7's camera is industry-leading, the Galaxy S7 represents a somewhat unfortunate sidegrade in camera quality at best. I would argue that Samsung has gone in the wrong direction with their camera processing as they seem to be relying on strong noise reduction and sharpening more than ever before. The Galaxy S7 also retains the oversaturated color rendering of the Galaxy S6. While I'm sure most people are happy with these results, Apple and LG tend to have more accurate color rendition with their cameras. While HTC doesn't quite nail color rendition, they are arguably closer to reality than Samsung is. Hopefully with their next device they manage to maintain their class-leading speed, but with better post-processing and overall image quality.