Now that we've gone over the more general purpose system benchmarks we can focus on new benchmarks that emphasize GPU performance much more strongly. For the most part we haven't had huge issues here like we've had with good CPU and general performance benchmarks, but it's important for us to keep our benchmarks up to date in terms of workload balance and overall performance. 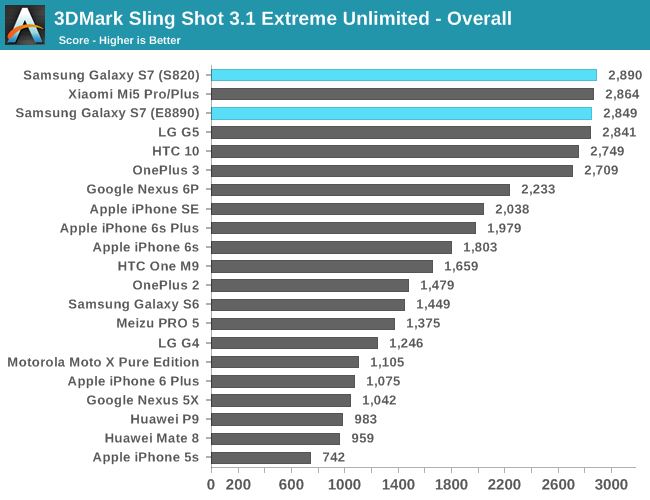 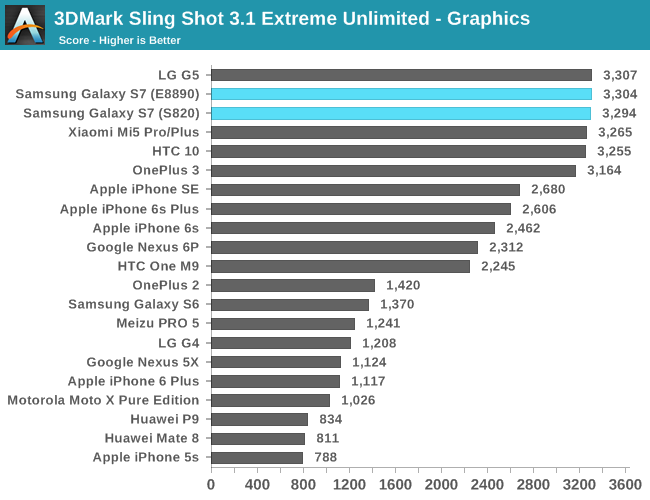 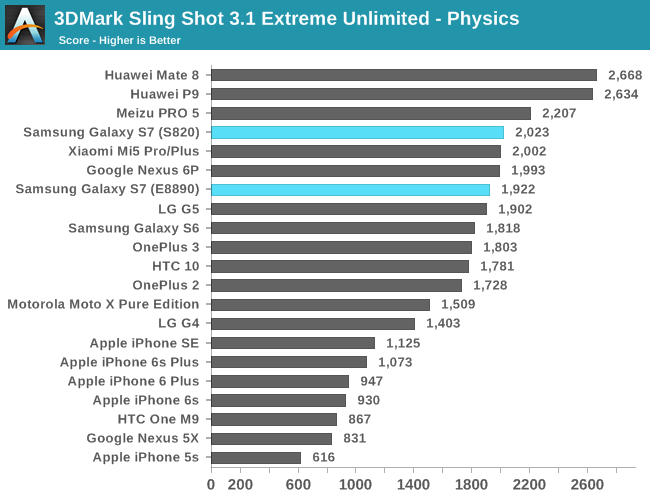 One of our first new benchmarks designed to better test the GPU is 3DMark's Sling Shot ES 3.1 test, which is designed to test a GPU's performance when the application is either using OpenGL ES 3.1 or Metal. As one can see, the Snapdragon 820 and Exynos 8890 have basically comparable GPU performance in this test and in the physics test as well. Once again we're seeing how core count and clock speed are basically the primary determinants of performance in the physics test when the device isn't strongly limited by thermals. I wouldn't draw any real conclusions from this as generally game CPU code can extract ILP unlike what we're seeing in this test. 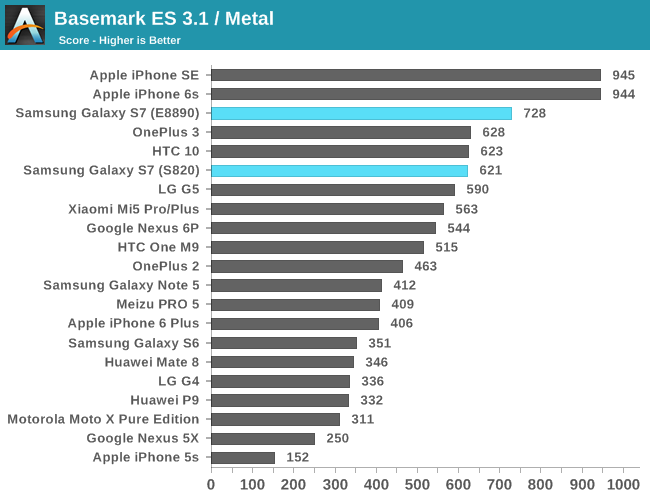 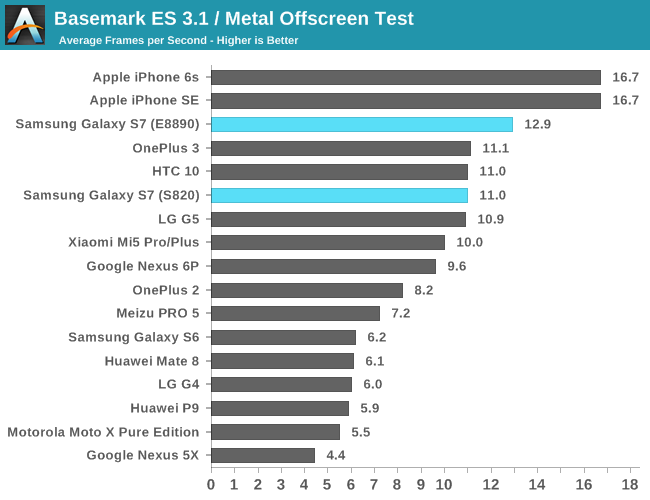 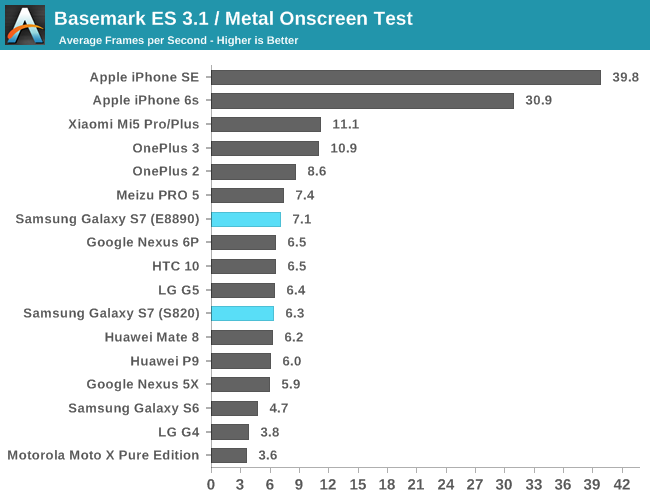 In this test we start to see that the Mali GPU in the Exynos 8890 and the PowerVR GPU in the A9 are providing a noticeable advantage over the Snapdragon 820's Adreno 530 to a noticeable extent. 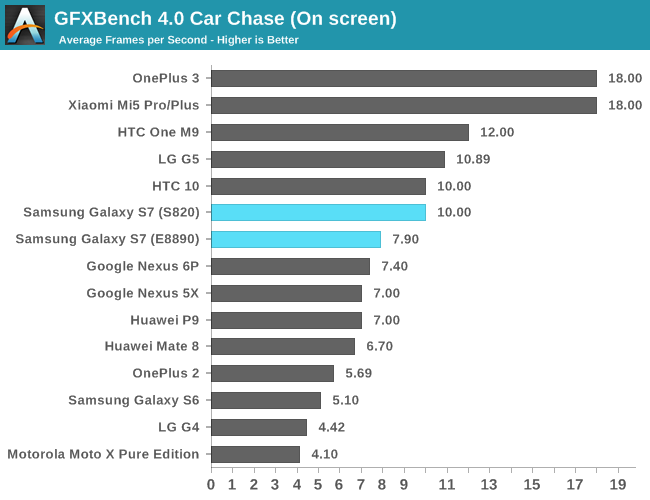 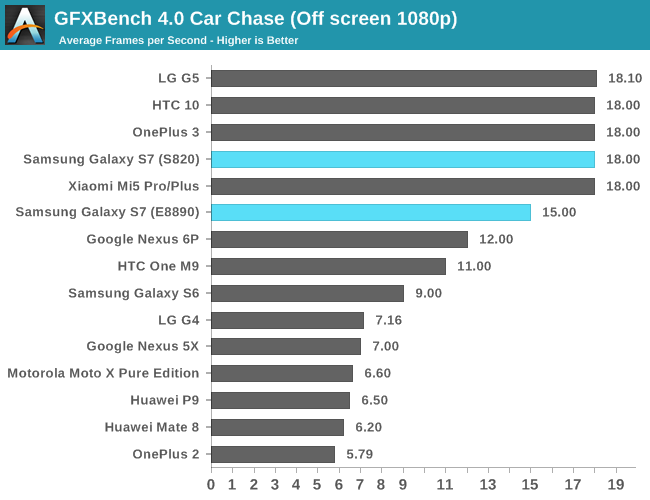 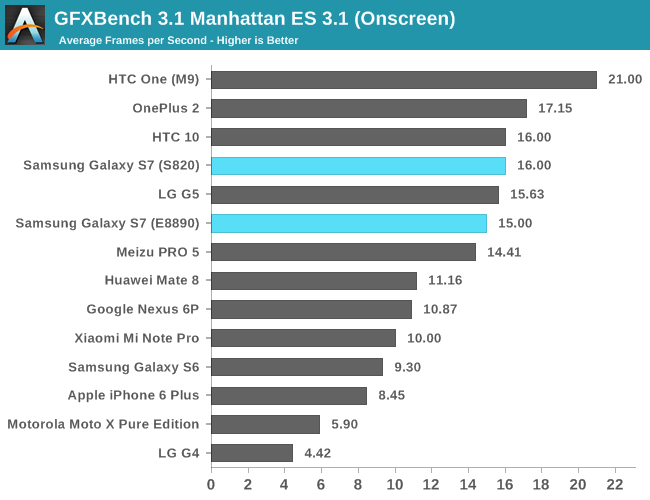 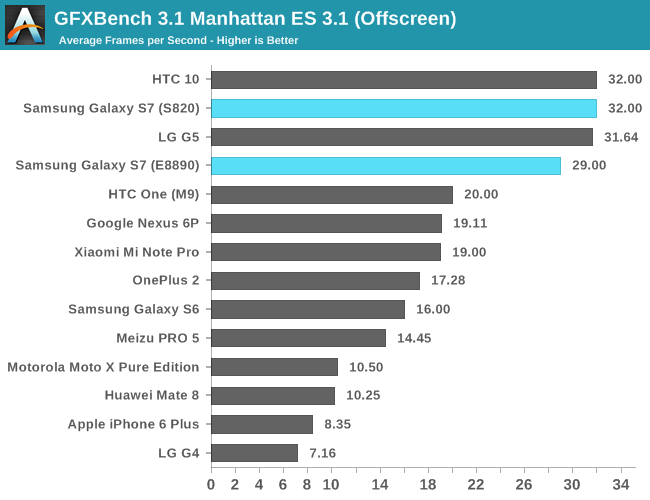 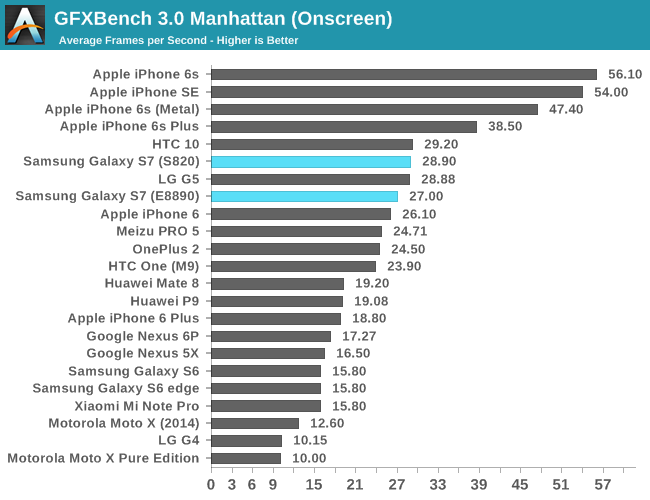 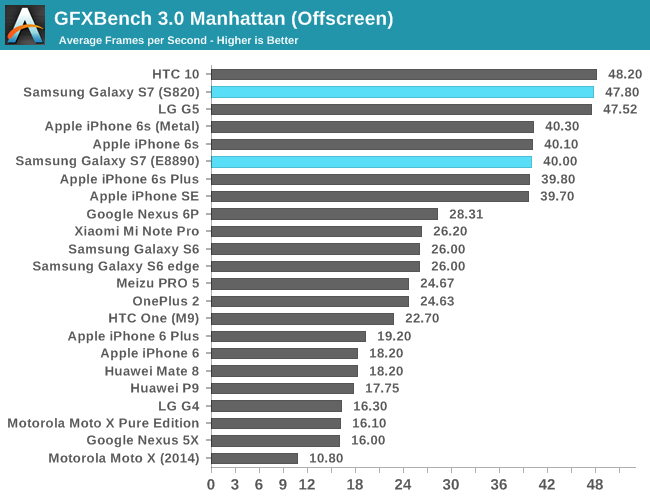 With GFXBench we can see that in Car Chase and Manhattan the Adreno 530 actually manages to pull away. However, because we have basically zero architecture disclosure on the Adreno 530 there's really no way for us to explain what's going on here and why. The reasons for the difference in performance could be related to drivers or architecture or architecture implementation and in the absence of information it's probably best to avoid making blind guesses. Regardless of these details, the Snapdragon 820's GPU should be more than enough for playing the latest games, but unless you use Samsung's automatic game optimizer system to set render resolution to 1080p it won't do as well as the iPhone 6s but given that most Android games target a much lower spec level it's likely that you won't have any problems given that the Adreno 530 is on the bleeding edge for Android SoCs.