In order to test the quality and consistency of a keyboard, we are using a texture analyser that is programmed to measure and display the actuation force of the standard keyboard keys. By measuring the actuation force of every key, the quality and consistency of the keyboard can be quantified. It can also reveal design issues, such as the larger keys being far softer to press than the main keys of the keyboard. The actuation force is measured in Centinewton (cN). Some companies use another figure, gram-force (gf). The conversion formula is 1 cN = 1.02 gf (i.e. they are about the same). A high quality keyboard should be as consistent as possible, with an average actuation force as near to the manufacturer's specs as possible and a disparity of less than ±10%. Greater differences are likely to be perceptible by users. It is worth noting that there is typically variance among keyboards, although most keyboard companies will try and maintain consistency - as with other reviews, we're testing our sample only.

The machine we use for our testing is accurate enough to provide readings with a resolution of 0.1 cN. For wider keys (e.g. Enter, Space Bar, etc.), the measurement is taking place at the center of the key, right above the switch. Note that large keys generally have a lower actuation force even if the actuation point is at the dead center of the key. This is natural, as the size and weight of the keycap reduces the required actuation force. For this reason, we do display the force required to actuate every key but we only use the results of the typical sized keys for our consistency calculations. Still, very low figures on medium sized keys, such as the Shift and Enter keys reveal design issues and can easily be perceptible by the user.

We tested the EpicGear Defiant with its stock EG Purple switches. The performance of EpicGear’s switches looks close to Kailh’s, but there is a significant difference - the variation is not evenly distributed. EpicGear’s Purple switches tend to have a lower actuation force than the rated 50 cN, which can be seen by the average of 47.9 cN that we had over the main keys. The disparity away from this average is high, reaching ±9.97%. Due to the high disparity and the low average, we have keys with readings over 10% lower than the manufacturer’s 50 cN specification. The difference is not dramatic and it is unlikely that a person can discern it by touch, but we would definitely prefer to see Cherry MX consistency figures for those that demand a finely tuned package.

The software package of the Defiant is relatively simple and easy to use. It is divided into three tabs but most of the options can be found in the first tab, called “Key Management”. From this tab, the user can individually program every key of the keyboard and up to four different keyboard profiles. The keys can be reprogrammed to execute simple keystrokes, multimedia functions, macros or launch external applications. 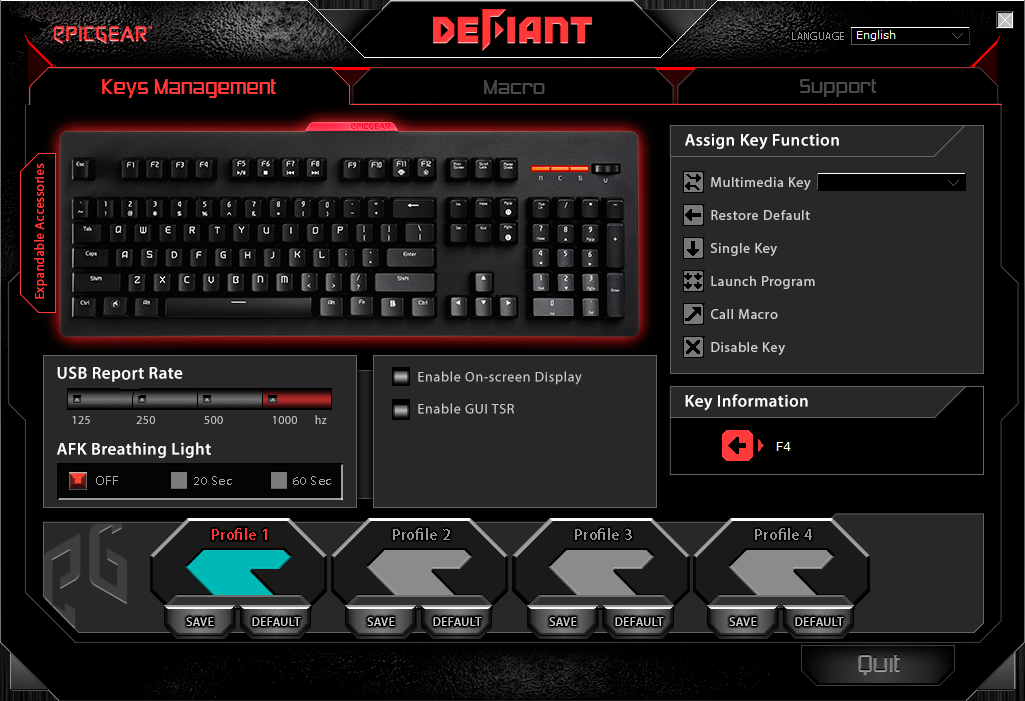 The ability to launch external applications will be very useful for gamers, as the macro recording capabilities of the software are basic. Macros can be programmed via the second tab of the software, but the software supports only keyboard keystrokes. There are no options to add any kind of mouse movements or clicks. At least the software allows some basic editing of the Macros after they have been created (unlike some other bundled keyboard macro software), but we suspect that the majority of advanced gamers who require complex macros will be forced to use third party software. 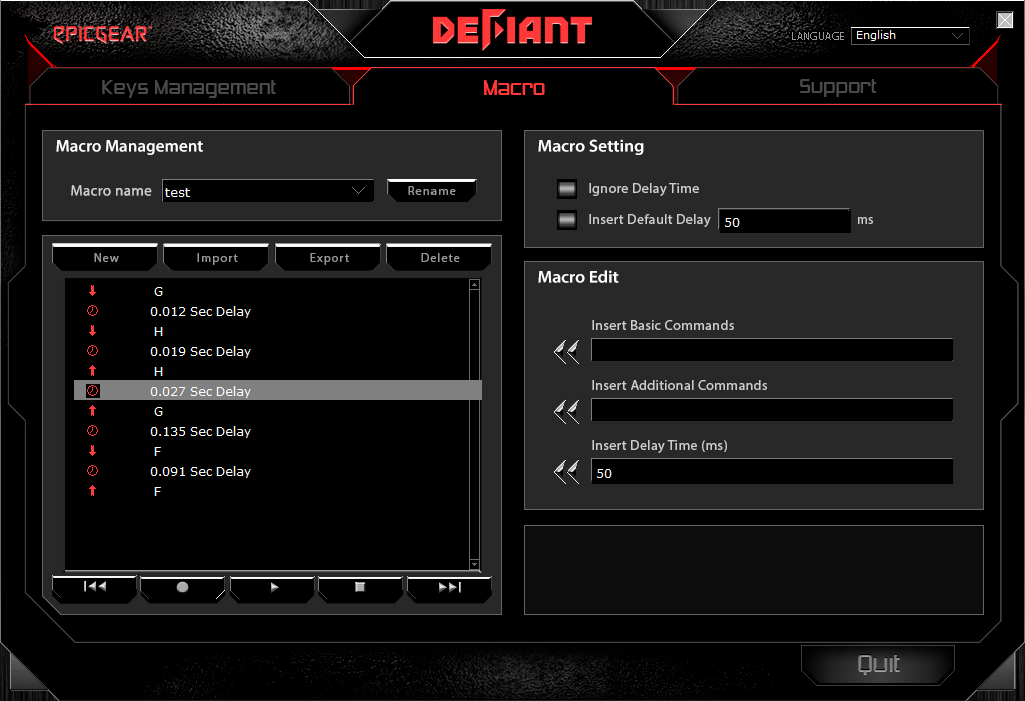 The “Support” Tab of the software is the most basic, linking to the company’s website and allowing the user to check for software and firmware updates. 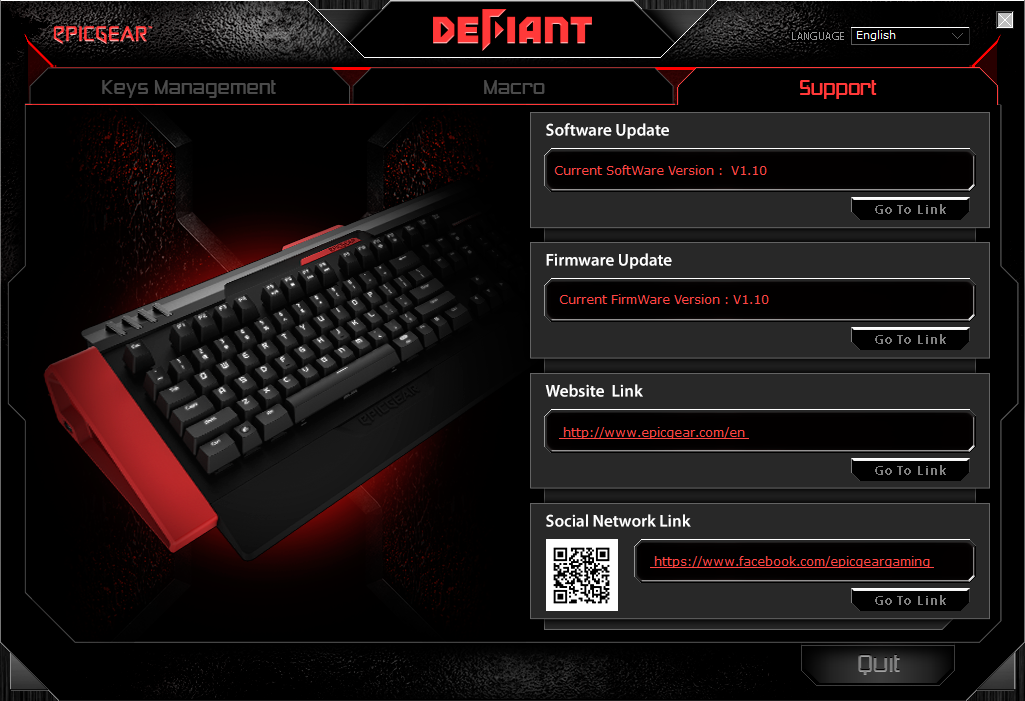