The mixed random I/O benchmark starts with a pure read test and gradually increases the proprotion of writes, finishing with pure writes. The queue depth is 3 for the entire test and each subtest lasts for 3 minutes, for a total test duration of 18 minutes. As with the pure random write test, this test is restricted to a 16GB span of the drive, which is empty save for the 16GB test file. 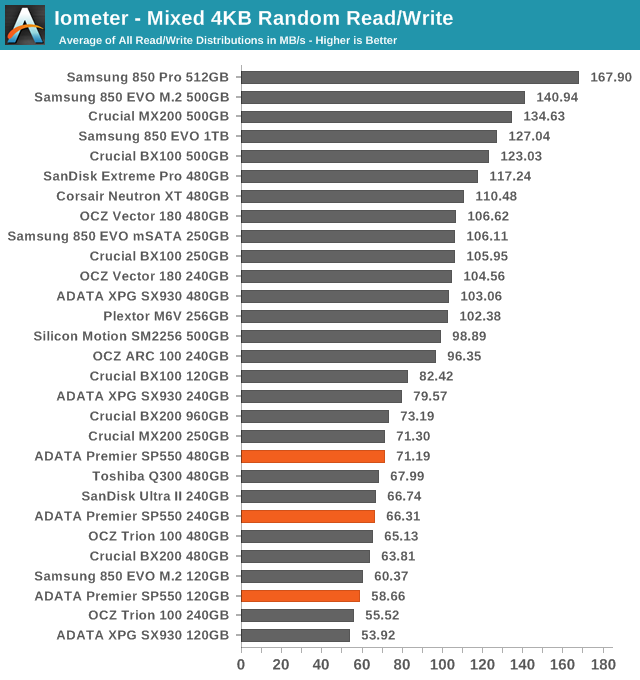 Despite its poor random write speed, the SP550 keeps pace overall with its low-end competition on the mixed random I/O test. 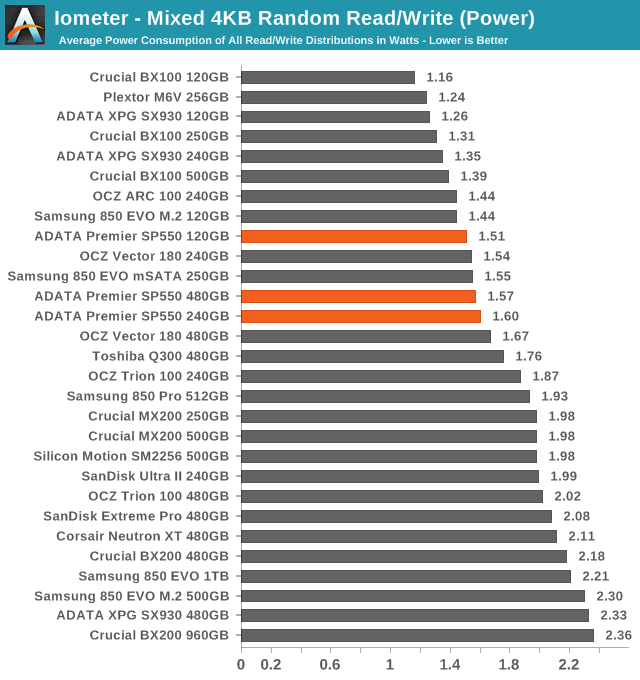 The SP550's power consumption is good but not great, so its efficiency ends up better than competitors like the OCZ Trion 100 and the SanDisk Ultra II, but the high-end drives are delivering performance that more than justifies their higher power consumption.

The drives that score best on the mixed random I/O test benefit from a big spike in performance in the write-heavy final stages, but the SP550 doesn't have that peak. Its performance variation across this test is relatively small, and the power consumption only grows modestly as the workload becomes more write-heavy.

The mixed sequential access test covers the entire span of the drive and uses a queue depth of one. It starts with a pure read test and gradually increases the proprotion of writes, finishing with pure writes. Each subtest lasts for 3 minutes, for a total test duration of 18 minutes. The drive is filled before the test starts. 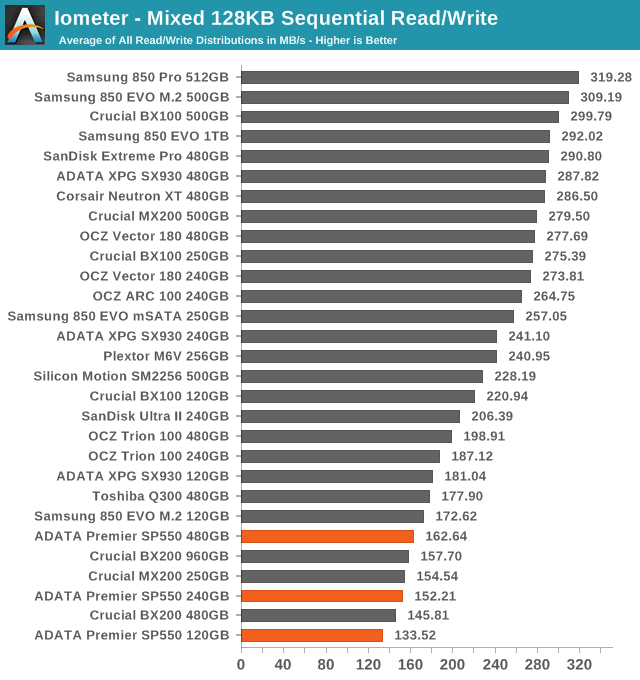 Unlike the mixed random test, the SP550's poor write speeds really hurt it relative to the competition on the mixed sequential test and keep it near the bottom of the chart. 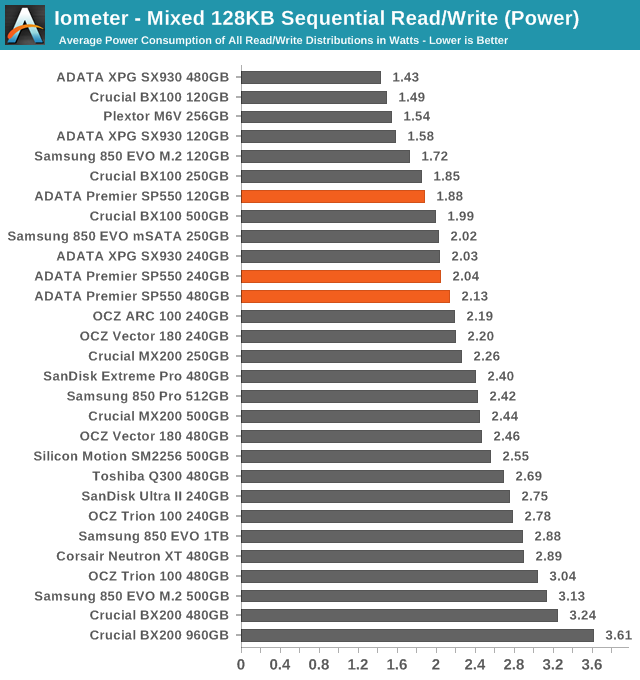 The SP550's power consumption isn't out of control like the Crucial BX200's, but its efficiency is still poor.

Top performers on the mixed sequential test show a U-shaped performance curve and the winner is often determined by which drives suffer least during the middle stages of this test. The SP550 starts out great in the pure-read phase of the test, but it's all downhill from there.