As is always the case, there’s a perpetual debate over the role of the OEM when it comes to Android devices. For better or worse, Samsung seems to believe that they need to add their own framework and UI over Android. To some extent, I suspect that most users are going to find stock Android to be rather spartan out of the box, so it does make sense for OEMs like Samsung to continue adding their own custom applications and frameworks to help differentiate themselves from the competition.

With the Galaxy S5, it was evident that Samsung had dramatically changed their design direction for TouchWiz, but I would argue that their design aesthetic still wasn’t quite perfect, and performance wasn’t completely there either. With the Galaxy S6, Samsung had gotten closer to the mark in some ways, but the continued use of excessively neon colors just made parts of the UI feel off at times, and performance still wasn’t perfect. 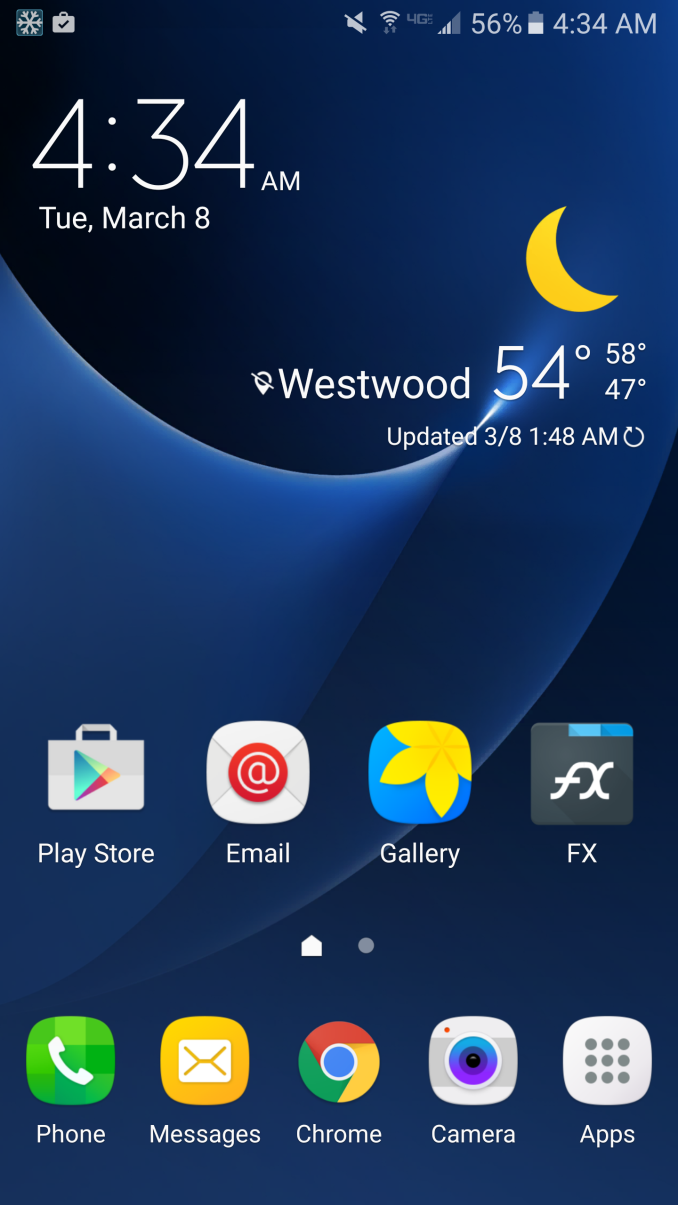 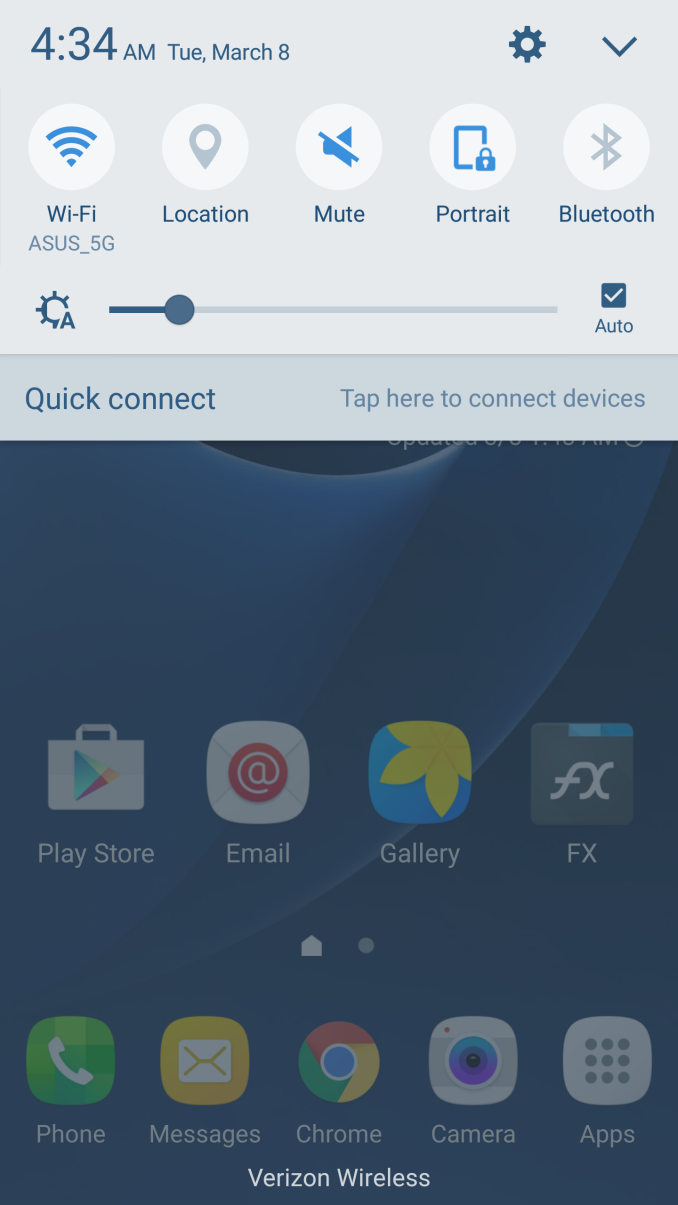 With the Galaxy S7, performance has improved noticeably, but it’s really hard for me to say whether this is because Samsung has improved their codebase, or if a faster SoC is just making it harder to notice areas in need of optimization. At any rate, while the Galaxy S7 isn’t perfectly smooth - dropping frames now and then - it is sufficiently performant that you’re not going to find distracting lag. 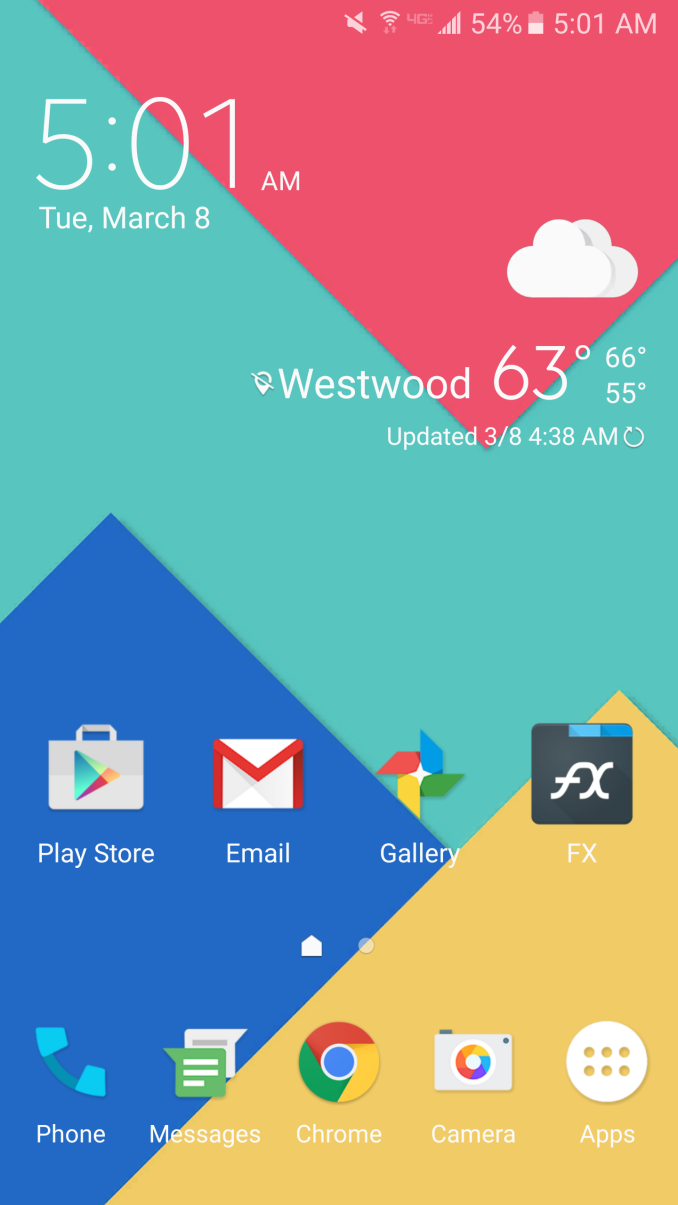 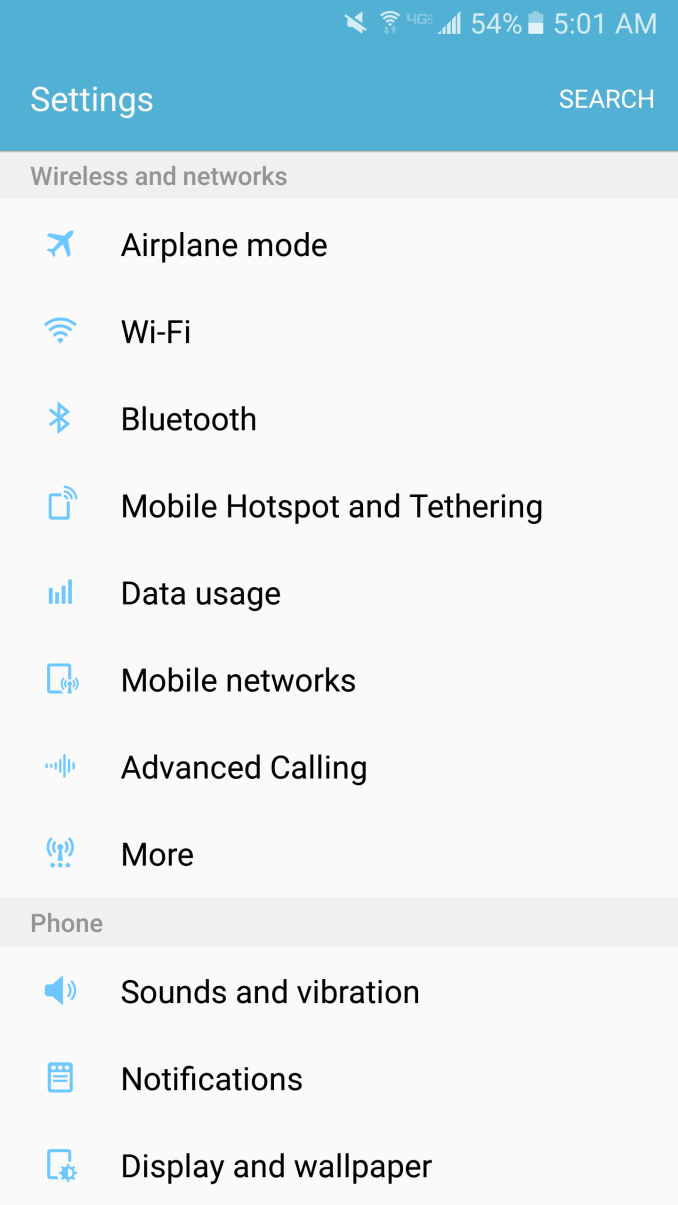 The default theme of the Galaxy S7 continues to feel pretty similar to the Galaxy S6, so for the most part things are acceptable here, but the use of color is still a bit excessive as a number of icons still use neon colors rather than more neutral pastel colors. Of course, the theme store now has a number of Material Design themes, which greatly improve the situation. I installed one pretty much immediately, which helps make the device feel a lot better in everyday use. However, I’m still of the opinion that this is something that a user shouldn’t need to do out of the box, so this is an area where Samsung can improve.

The other features that Samsung touted for the Galaxy S7 are interesting, but I’m not really sure they’re all that well executed. Always-On Display is nice to have, but for some reason it's quite reluctant to turn off the display when the ambient light sensor and proximity sensor are covered. As a result I turned it off as it’s clearly going to be contributing to idle battery drain in situations where it shouldn’t. 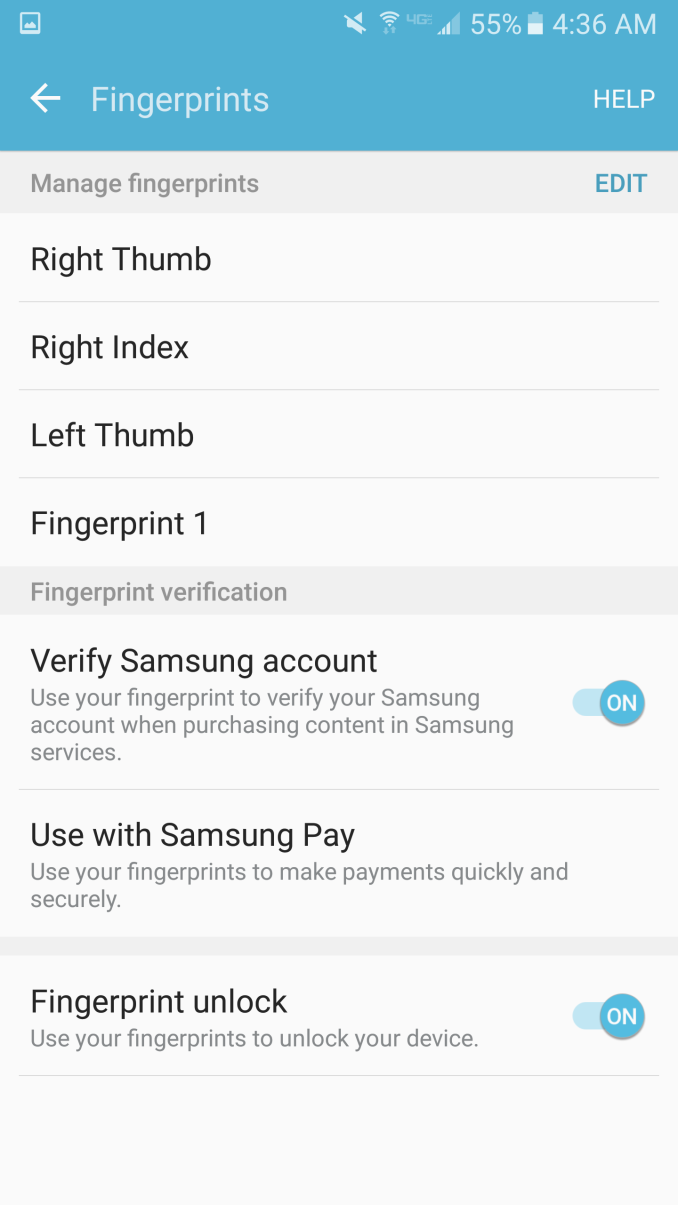 I also found that the fingerprint scanner is pretty much identical to the one in the Galaxy S6, which isn’t entirely surprising as both identify themselves as a Synaptics fingerprint scanner. Both still seem to be quite sensitive to the initial training period and in my experience won’t really work all that well if you don’t cover your entire fingerprint effectively during that period.

Other than this, TouchWiz doesn’t really stand out in any way as of now. Of course, Samsung Pay will be interesting for me to try as I still regularly run into terminals that don’t support NFC in any shape or form, but I haven’t really been able to spend much time testing Samsung Pay yet. I don’t really find TouchWiz to be a bad thing at this point, but I’m not really sure it’s a good thing either. With a serious emphasis on optimization and a major aesthetic overhaul, it’s entirely possible that I could find myself saying quite differently in the near future, but for now if you found the Galaxy S6 and Note 5 OEM UIs to be usable you’ll find the Galaxy S7 to be usable as well.