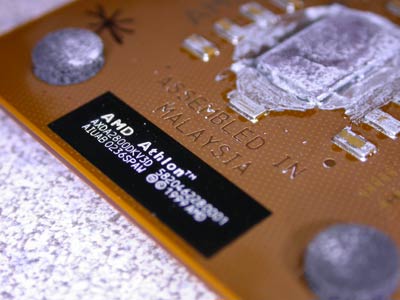 In terms of chipset support, both NVIDIA's nForce2 and VIA's KT400 will officially support the 333MHz FSB. If you've been following any of our Socket-A motherboard reviews over the past year you'll know that quite a few motherboards have no problem running at a 166MHz FSB frequency, so owners of older motherboards should have no problem upgrading even if the faster FSB isn't "officially" supported.

There's not much of a tangible performance improvement as a result of the faster FSB, but as clock speeds increase the added bandwidth will come in handy. So while the faster FSB doesn't make too much of an impact today, it will mean much more 6 - 8 months from now. Intel employs a similar strategy when it comes to introducing new FSB frequencies; the goal is to make the transition as early as possible so when the added bandwidth is necessary, the majority of your user base already has it available to them.

Quite possibly the most important aspect of the 333MHz FSB isn't the added bandwidth, rather the fact that now the FSB runs synchronously with the memory bus if you're running DDR333 SDRAM. The benefit of a balanced architecture where your FSB and memory buses are running in sync is reduced memory latency. 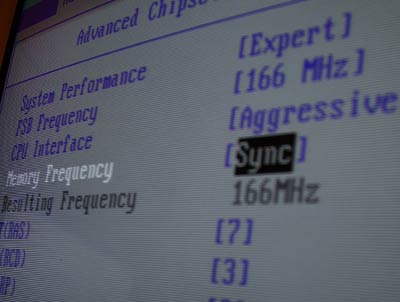 The reduction in memory latency ends up being significant enough that it outweighs the benefits of a slightly higher bandwidth memory solution. This is why the nForce2 platform runs faster with DDR333 than with DDR400 when using the new 333MHz FSB.

The vast majority of the performance increase that accompanies the 333MHz FSB is because of this reduction in latency and not because of an increase in FSB bandwidth. As applications become more bandwidth intensive and as CPU clock speeds increase, this paradigm will shift towards favoring more bandwidth over slightly lower latency; but the idea is that by then we'll be able to move to higher bandwidth FSBs and memory buses while still keeping the two synchronous.

So although the Athlon XP 2800+ is only clocked 5% higher than the 2600+, you'll end up seeing anywhere between a 3 - 6% performance improvement over the 2600+ thanks to the new synchronous platform.