Comparing Benchmarks: AT vs IBM

Before we close things out, let's spend a moment summarizing our results and comparing the performance we saw to the kind of performance advantages that IBM advertises POWER8 is capable of.

From a high level perspective, the S822L is more expensive and consumes a lot more power than a comparable Xeon system.

With limited optimization and with the current Ubuntu 15.04, the performance-per-watt ratio favors Intel even more as the POWER8 barely outperforms the very efficient 120W TDP Xeons. So there is no denying that the Intel systems offer a superior performance/watt ratio.

However, it would be unfair to base our judgement on our first attempt as we have to admit this our first real attempt to benchmark and test the POWER8 platform. It is very likely that we will manage to extract quite a bit more performance out of the system on our second attempt. IBM POWER8 also has a big advantage in memory bandwidth. But we did not manage to port OpenFOAM to the POWER platform, probably the most likely candidate for leveraging that advantage. 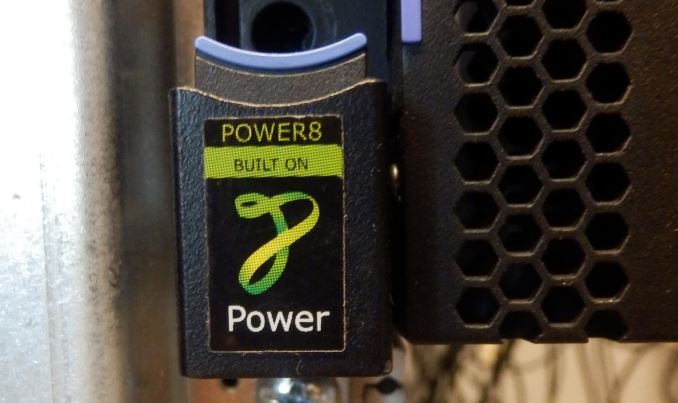 We are less convinced that the POWER8 platform has a huge "raw CPU compute advantage," contrary to what for example IBM's SPECJBB (85% faster ) and SAP (29% faster) results seem to suggest.

For example, IBM's own SPECjEnterprise®2010 benchmarking shows that:

SAP is "low IPC" (hard to run many instructions in parallel in one thread) software that benefits much from low latency caches. The massive L3-cache (12-cores, 96 MB) and huge thread count are probably giving the IBM POWER8 the edge. The RAM bandwidth also helps, but in a lesser degree. IBM clearly built POWER8 with this kind of software in mind. We had individual threadcount intensive benchmarks (LZMA decompression) and L3-cache sensitive benchmarks (ElasticSearch), but t o be fair to IBM, none of our benchmarks leveraged the three strongest points (threadcount, L3-cache size and memory bandwidth) all at once like SAP.

SPECJBB2013 has recently been discontinued as it was not reliable enough. We tend to trust the jEnterprise test a lot more. In any case, the best POWER8 has a 17% advantage there.

So let's sum things up. The IBM S822L is definitely not a good choice for those looking to lower their energy bills or operate in a location with limited cooling. The pricing of the CDIMMs causes it to be more expensive than a comparable Xeon E5 based server. However, you get something in return: the CDIMMs should offer higher reliability and are more similar to the memory subsystem of the E7 than the E5. Also, PCIe adapters are hot-pluggable on the S822L and can be replaced without bringing down the system. With most Xeon E5 systems, only disks, fans and PSU are hot-pluggable.

In a number of ways then, the S822L is more a competitor to dual Xeon E7 systems than it is to dual Xeon E5 systems. In fact, a dual Xeon E7 server consumes in the 600-700W range, and in that scenario the power usage of S822L (700-800W) does not seem outrageous anymore.

The extra reliability is definitely a bonus when running real time data analytics or virtualization. A failing memory chip may cost a lot when you running fifty virtual machines on top of a server. Even in some HPC or batch data analytics applications where you have to wait for hours for a certain result that is being computed in an enormous amount of memory, the cost savings of being able to survive a failing memory chip might be considerable.

One more thing: for those who need full control, the fact that every layer in the software stack is open makes the S822L very attractive. For now, the available "OpenCompute" Xeon servers that are also "open" seem to mostly density optimized servers and the openess seems limited on several levels. Rackspace felt that the current OpenCompute servers are not "open enough", and went for OpenPOWER servers instead. In all those markets, the S822L is very interesting alternative to the dual Xeon E5 servers. 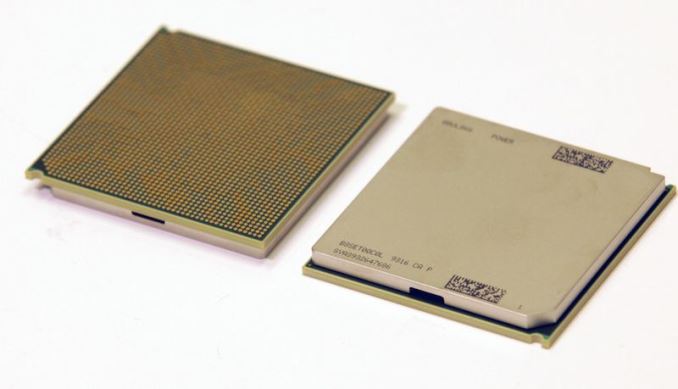 Ultimately however, the performance-per-dollar Xeon E5 competitors will most likely be OpenPOWER third party servers. Those servers do not use CDIMMS, but regular RDIMMs. Other components such as disks, networkcards and PSUs will probably be cheaper but potentially also slightly less reliable.

All in all, the arrival of OpenPOWER servers is much more exciting than most of us anticipated. Although the IBM POWER8 servers can not beat the performance/watt ratio of the Xeon, we now have a server processor that is not only cheaper than Intel's best Xeons, but that can also keep up with them. Combine that with the fact that IBM has lined up POWER8+ for next year and a whole range of server vendors is building their own POWER8 based servers, and we have a lot to look forward to!