To verify the findings of the previous use-case, we try to have a look at a different web-page. This time we load the BBC's mobile front-page. It's a fairly medium sized page with moderate complexity but which still represents a large amount of web content in mobile. 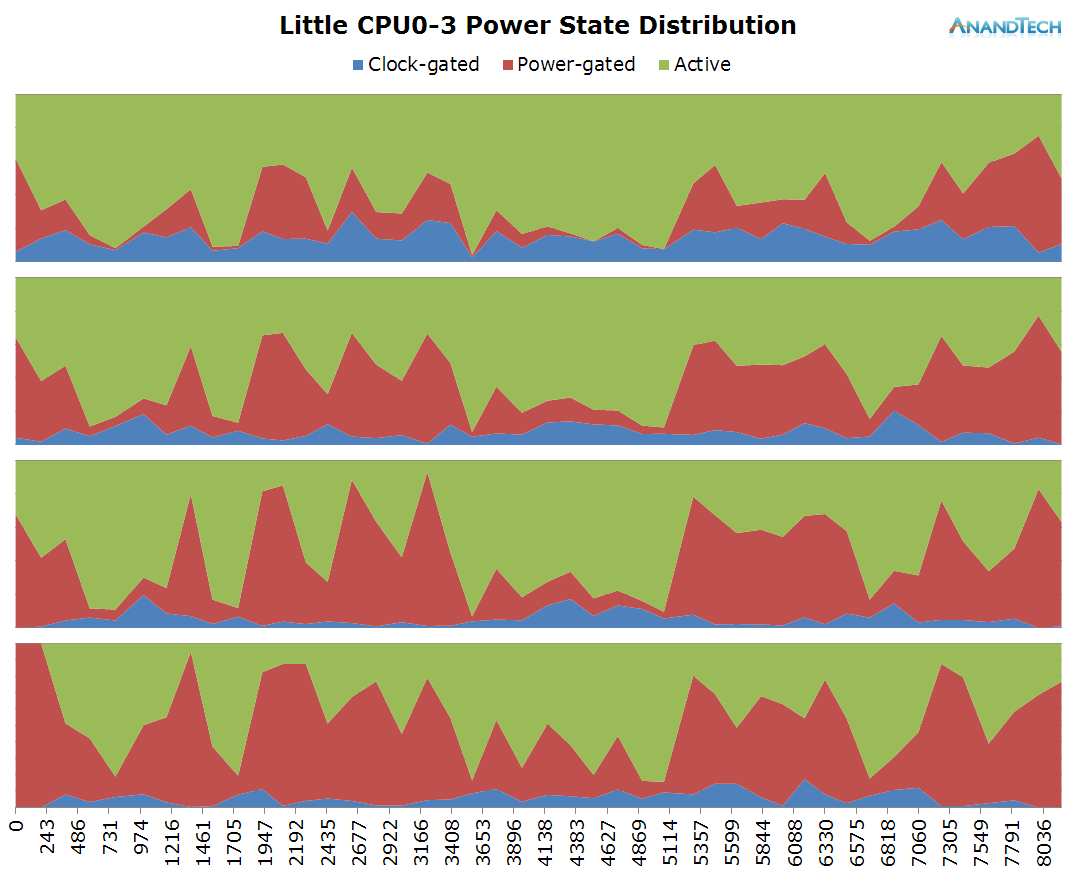 The little core data doesn't look much different than what we saw on the AnandTech frontpage. The little cores see a consistent high load, with a fairly large peak towards the main rendering phase of the page.

Chrome again seems to cause the system to spawn more threads than what the little cluster can accomodate. 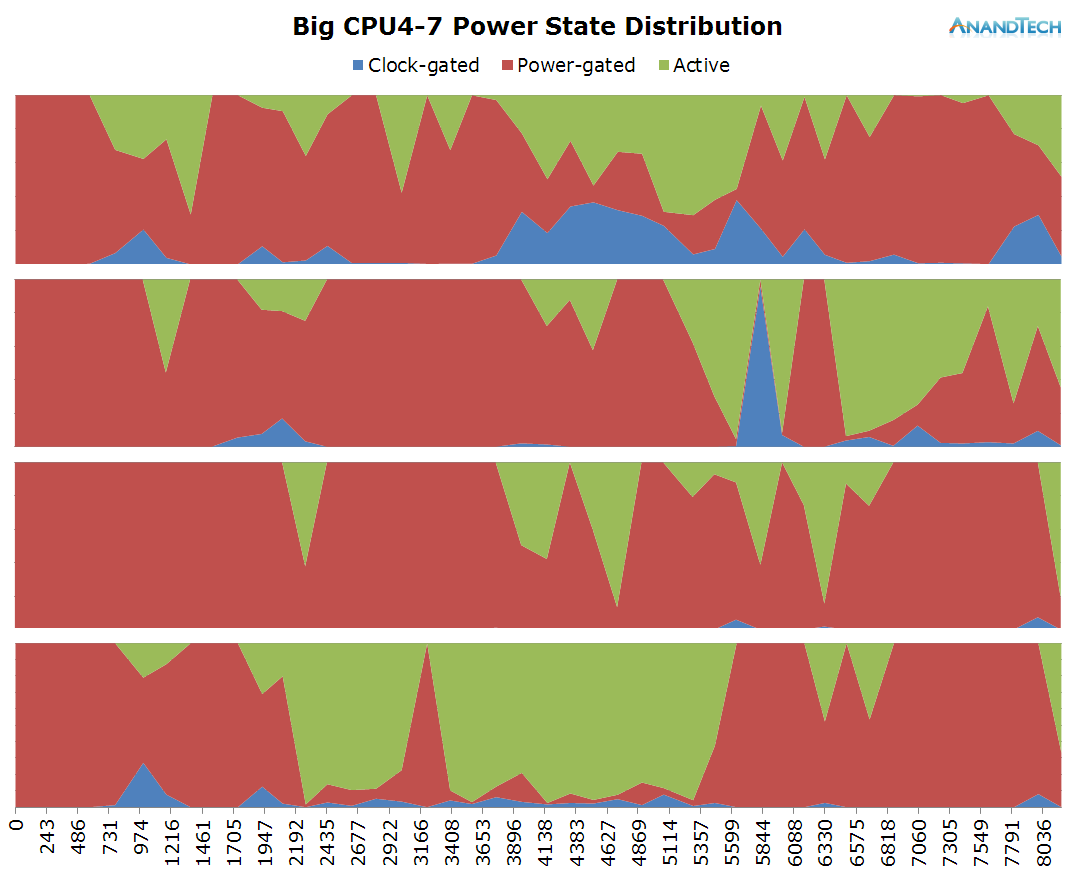 The big cores also behave similarly to what we saw on the AnandTech front-page. There's a consistant load of a single large thread with some bursts where up to all 4 CPUs are doing some processing.

The total run-queue depths for the system again confirm what we saw in the previous scenario: Chrome is able to consistently make use of a large amount of threads, so that we see use of up to 6 CPUs with small bursts of up to almost 9 threads.

What is interesting about the Chrome results is that most of the threads are placed on the little cores, meaning we have a large amount of small threads. Because the migration mechanisms of HMP don't migrate threads below a certain performance threshold, this causes some oversaturation of the little CPU cluster.

This is an interesting implication for non-heterogeneous 8 core designs such as seen from MediaTek. In such a scenario having 8 little cores at more or less the same performance capacity would indeed make quite some sense. It's again MediaTek's X20 design with 2 clusters of 4 cores and a cluster of 2 high performance cores which comes to mind when looking at these results, as I can't help but think that this would be a use-case which would make perfect sense for that SoC.