As always we’ll also take a quick look at synthetic performance. Since Fiji is based on the same GCN 1.2 architecture as Tonga (R9 285), we are not expecting too much new here. 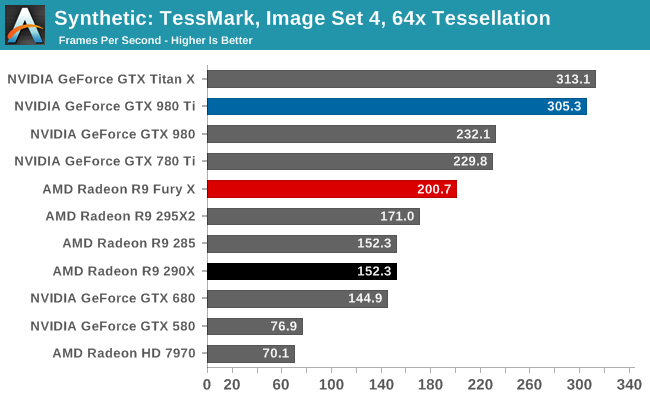 First off we have tessellation performance. As we discussed in greater detail in our look at Fiji’s architecture, AMD has made some tessellation/geometry optimizations in GCN 1.2, and then went above and beyond that for Fiji. As a result tessellation performance on the R9 Fury X is even between than the R9 285 and the R9 290X, improving by about 33% in the case of TessMark. This is the best performing AMD product to date, besting even the R9 295X2. However AMD still won’t quite catch up to NVIDIA for the time being. 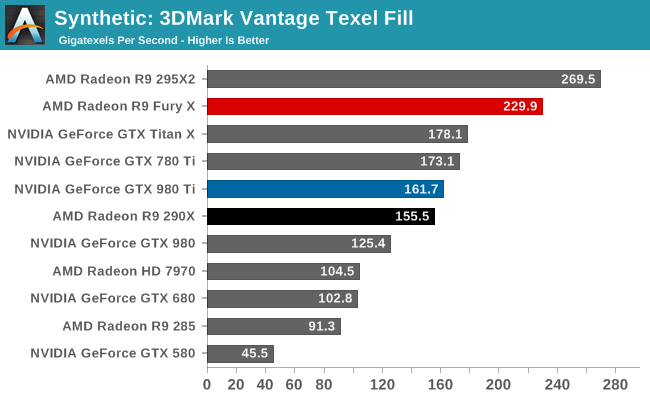 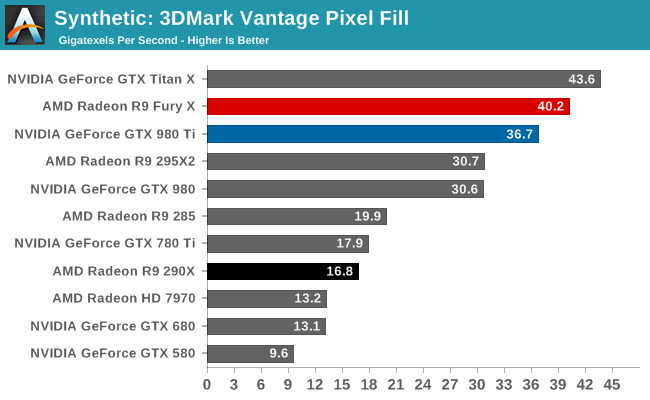 Finally, the 3DMark Vantage pixel fillrate test is not surprising, but it is none the less a solid and important outcome for AMD. Thanks to their delta frame buffer compression technology, they see the same kind of massive pixel fillrate improvements here as we saw on the R9 285 last year, and NVIDIA’s Maxwell 2 series. At this point R9 Fury X’s ROPs are pushing more than 40 billion pixels per second, a better than 2x improvement over the R9 290X despite the identical ROP count, and an important reminder of the potential impact of the combination of compression and HBM’s very high memory bandwidth. AMD’s ROPs are reaching efficiency levels simply not attainable before.