At the beginning of this review, I said that I haven’t worn watches in any consistent fashion for my entire life. In a lot of ways, this will be an accurate characterization for many people. With the rise of the cellphone and its network-synchronized time, it became pretty much pointless for most people to wear a watch. The ergonomic annoyances involved with wearing a wristwatch strongly outweighed whatever functionality it provided. In this context, Apple is really facing an uphill battle with the Apple Watch. Apple has to sell people on the concept of a watch all over again, and not just on the idea of a smarter watch, which is a challenge that they never faced in smartphone adoption.

There are so many aspects of the Apple Watch that really have to be considered before we figure out whether Apple has succeeded, so we have to break this down into multiple aspects. The first is the design, because people that wear wristwatches all the time don’t really approach this the same way others would. What seems normal to people that wear watches all day long is easily uncomfortable and annoying to people that aren’t used to wearing watches.

As a result, this kind of discomfort can easily result in a wearable that ends up thrown in a drawer somewhere to be forgotten, which won’t bode well for long-term gains. I’ve tried other wearables, but nothing really interested me because everything was uncomfortable in some way. Over time, these small annoyances just made it easy for me to decide that the functionality of the wearable was outweighed by the discomfort of the design. 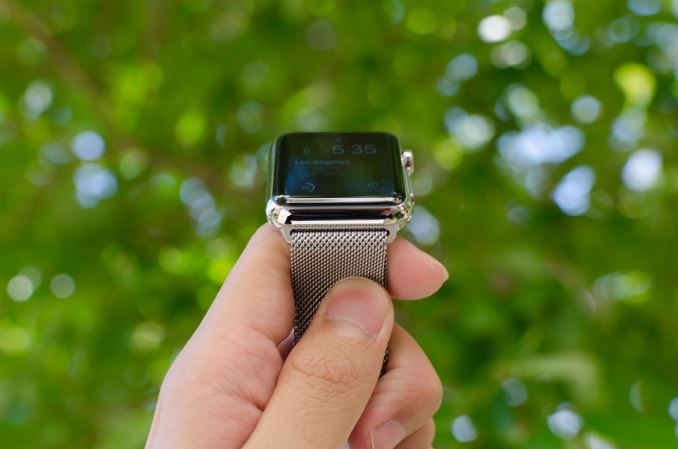 The Apple Watch on the other hand doesn’t suffer from discomfort issues at all, and in this regard, Apple has arguably pushed the industry forward. For the most part, it’s a pretty safe bet that pretty much anyone will find a band design that they like. In the case of a band like the Milanese Loop band, the problems I’ve always had with traditional leather buckle bands are pretty much eliminated. The Sport band is rather traditional, but the material used helps to alleviate discomfort when sweat starts to wet the band and evenly distributes tension around the wrist.

Meanwhile, although Apple’s wristbands use a proprietary mechanism to lock into the watch, like the Lightning connector it makes a huge difference in user experience because it’s incredibly easy to swap out bands compared to just about every other watch or wearable I’ve seen. The design is also executed well, which is good enough that it doesn’t look out of place when comparing it to analog watches. We can talk about whether the watch is too thick but on the wrist it blends it well without significant problems. The one problem that I’ve noticed in terms of ergonomics is that long sleeves are a significant impediment to usability because I have to pull my sleeve back to use the watch. 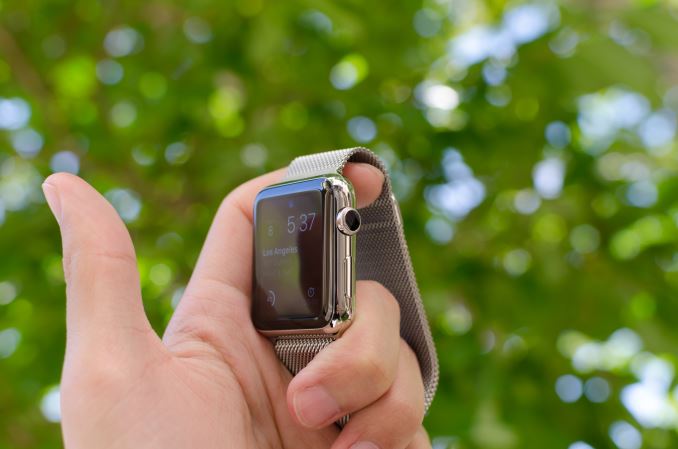 One crucial aspect of the Apple Watch's design and accessibility is its size. Apple sells two versions for people with different wrist sizes, and this alone is something that distinguishes it from most other smart watches on the market today. Even with two sizes, the larger 42mm Apple Watch is still substantially smaller than most other wearables. This makes the Apple Watch accessible to a wide range of people, and it highlights an issue that is prevalent within this section of the wearable market which is that smart watches tend to be sized quite generously to accommodate large batteries and PCBs. While this is fine for users with larger wrists, it ends up excluding a large portion of the market. A user who feels most comfortable with the 38mm Apple Watch, for example, will almost certainly find a watch like the Moto 360 to be far too large. 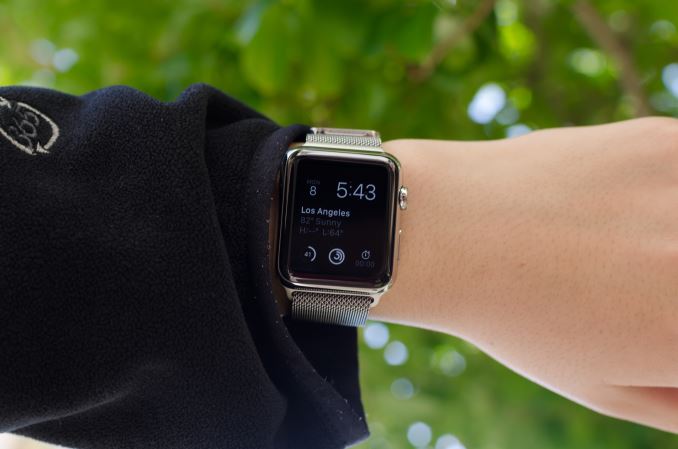 Outside of design, the other critical aspect to getting a modern watch right is SoC, which sounds absolutely absurd for a timepiece. However, it's important to emphasize that Apple cannot afford to only sell Apple Watch to people who already believe that it is sufficient for a watch to only tell time; Apple Watch needs the performance to do more.

In this regard, Apple has targeted the SoC correctly for a 28nm HKMG process.  A 520 MHz Cortex A7 is ultimately the right choice to make to focus as strongly as possible on perf/W for this platform, given that average power draw over the course of 18 hours can only be about 40-50 mW at most it’s important to make sure that the CPU voltage and frequency curves are in the right place for the TDP of a watch and that the CPU spends most of its time in an efficient mode of operation. The use of an appropriately-sized GPU for the watch form factor is also important, and helps with making power stay at the 40-50 mW average power consumption over the course of a day.

The one catch here is that at 28nm the performance that the watch can deliver is on the edge of what’s acceptable in terms of frame rate and loading times. Apple Watch really needs a better process technology in order to deliver more performance without compromising power consumption, and a move to a leading-edge FinFET process would go a long way towards accomplishing this thanks to the rather significant voltage improvements FinFETs afford. 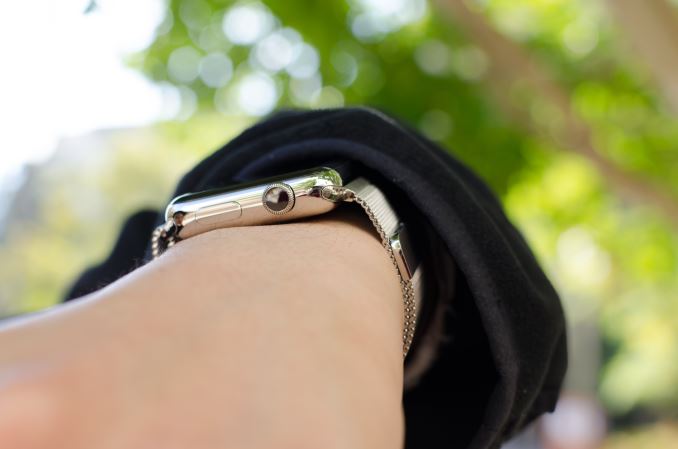 Ultimately, hardware is just one part of the equation. Hardware innovation is impressive in its own right, but without an application there’s no value to the end user. Fortunately, WatchOS delivers in a very big way. Force Touch is consistently used throughout the UI to provide additional controls that otherwise would reduce information density. The Digital Crown is used to allow for information density that allows for precise zoom and scrolling in a way that I never really experienced with other wearables, and is really an integral part of the WatchOS UI as capacitive touch is almost never used outside of tapping in everyday use.

Key features like fitness, music playback, text messaging, and email are all executed well with very little need for end user intervention which is really critical on a device where any sort of text input is difficult to say the least. Notifications are also well-handled and work as expected, with no strange behavior like not dismissing notifications on the phone if dismissed from the watch, and appropriate haptic feedback for various notifications. Apple Pay also works well from the software side even if there are some ergonomic pitfalls.

Out of all the wearable OSes I’ve seen, it really feels like WatchOS is what iOS was for smartphone OSes. Of course, Apple Watch isn’t perfect in the software department. Due to the relatively weak SoC in this version of the Apple Watch there’s a lot of time spent staring at loading screens when the app is loading from the phone or if the app needs to pull information from the network. There are also a surprising number of cases where the UI visibly runs below 60 FPS or otherwise stutters, which suggests that an extra CPU core and/or higher clocks would help a lot. There are also some problems with how multiple notifications from either the same or different apps are handled, but overall the execution on the software side is excellent. 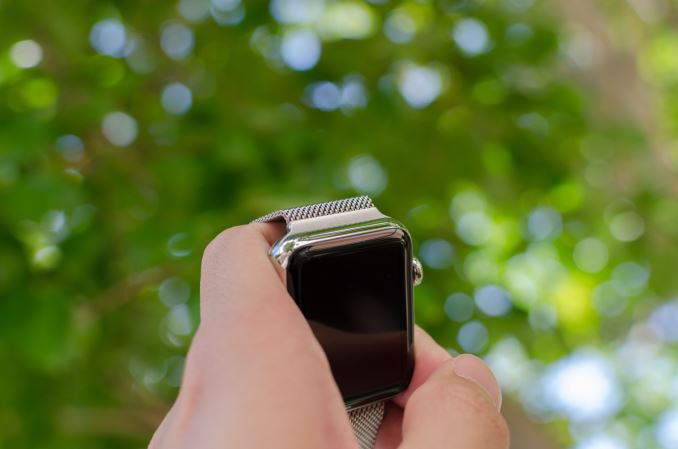 Getting back to hardware, aspects like the display and battery life are also solid when examined in a vacuum. The display could probably be improved upon from an energy efficiency perspective, but given limited testing tools it’s difficult to have the same data that we do on the smartphone side, so this assumption is almost purely based on power testing of LG OLED and Samsung OLED displays in various smartphones. The brightness of this display is acceptable, and the calibration is excellent by any standard which surprised me given the reduced need for color accuracy in a wearable display. Subjectively, I didn’t have a lot of trouble with seeing the display in daytime but given the use of the more conventional glass on the Sport edition reflection should be greatly reduced relative to variants with the sapphire lens.

Although we don't have an objective battery life test, the Apple Watch never failed to last a full day, and charge time is acceptable although nowhere as fast as something with wired fast charging. This sounds like a relatively short comment, and it's because I sincerely never worried about battery life. Range anxiety just isn't a problem like it is on smartphones.

The Taptic Engine is also a seemingly simple change, but the result of a modified linear actuator incorporating the speaker has a pretty enormous effect because notifications become impossible to miss. Apple claimed that the haptic feedback would feel like someone is tapping you on the wrist, and that’s actually entirely accurate. I normally don’t pay that much attention to haptic feedback in something like a smartphone, but in this case it’s such a big deal because it’s far quieter than conventional vibration yet immediately obvious no matter the situation. I’ve missed notifications before on my phone despite strong vibration feedback, but I’ve never missed a notification on the watch because of this new haptic feedback system. 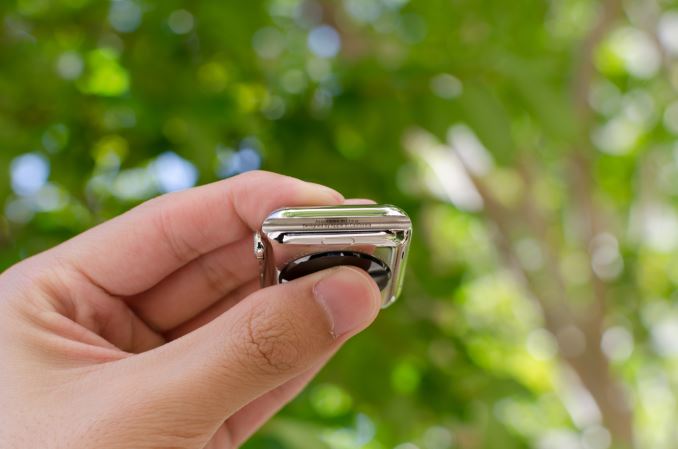 For those still deciding on whether the first Apple Watch makes sense, I have no reservations in saying that it’s the best wearable I’ve ever used. However, at the same time I find it hard to recommend this first-generation Apple Watch. It’s clear that there are far too many obvious areas to improve upon, areas where Moore’s law will help to dramatically improve the experience. In the case of smartphones, Moore’s law made it possible to deliver true all-day battery life and fluid app performance. After spending a few months with the Apple Watch, all I can see is a need for more compute and battery life, like what happened with smartphones.

Finally, we get back to the question of whether Apple will be sell people on the concept of a watch. In the months since I first used the watch I’ve ended up wearing it every day. I distinctly noticed its absence when I forgot the charger on a trip. I don’t know if Apple will succeed in convincing others of the utility of a watch, but they’ve definitely convinced me.