HTC Announces The One ME With MediaTek's Helio X10 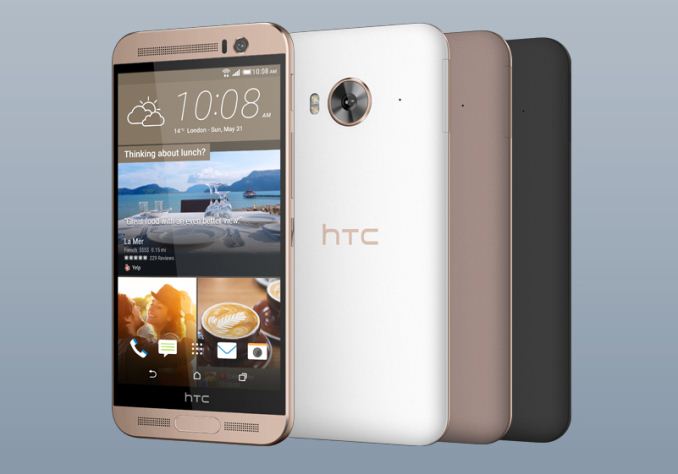 Today the HTC One ME was officially announced in China. While it's not likely that this device will ever be sold in other markets, it's worth taking a look at to see what differences there are from the devices that HTC ships globally. Below you can see the specifications of the new HTC One ME.

As you can see, this is definitely positioned as a high end device. As far as HTC's overall lineup goes, the HTC One M9 is probably the best device to make comparisons to. The most obvious difference is with the SoC. While the One M9 uses Qualcomm's Snapdragon 810, the One ME uses MediaTek's Helio X10 SoC. This is one of MediaTek's high end chips, and it's really only second to the recently launched Helio X20. I wouldn't want to judge how the One ME's performance compares to the One M9 based on spec sheets, but I'm very interested in seeing comparisons of the two phones once the One ME gets into the hands of users.

Moving on from the SoC, we see specs that mostly mirror those of the One M9. The battery capacity, cameras, RAM, and NAND are all exactly the same. The biggest specification change is to the display. While the One M9 sports a 5" 1920x1080 panel, the One ME has a higher resolution 5.2" 2560x1440 panel. This means that the One ME is also slightly larger and thicker than the One M9, and ever so slightly lighter.

For me the most interesting thing about the HTC One ME is probably the fingerprint scanner on the bottom. Whether it's a swipe style sensor like the HTC One Max or a touch and hold sensor like the iPhone is currently unknown, but having a fingerprint scanner at all when the One M9 doesn't is notable to say the least. I also like the design where it's set between two speaker grilles.

There's currently no indication of what the HTC One ME will cost, or when it will begin shipping in China. When it does go on sale, it'll be available in rose gold, gold sepia, and black. It's doubtful that it'll ever be seen on North American shores, although I would love to get my hands on one.