Next we tested the system under load. 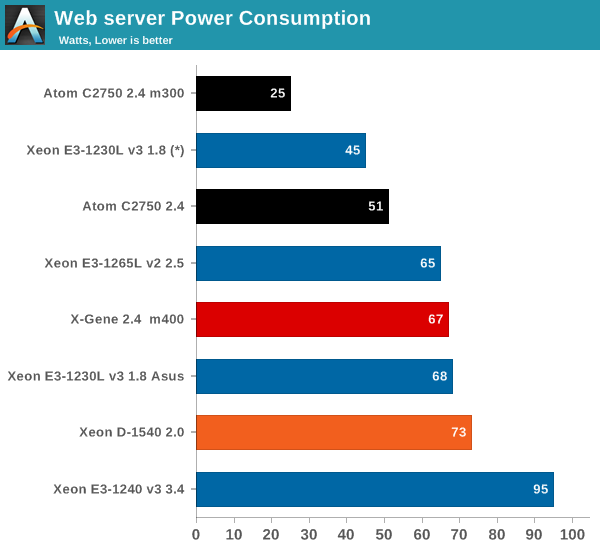 Now let us combine our calculated SoC power consumption and the power measurements in the graph above. The Atom C2750 still make sense in a micro server if CPU performance is not a priority: think static webservers and caching servers. You can fit an Atom C2750 server inside a power envelop of 25W as HP has proven. Based upon our own experience, such a Xeon D system would probably require more like 55 - 60 W.

If CPU performance is somewhat important, the Xeon D is the absolute champion. A Xeon E3-1230L server with similar features (2x 10 Gb for example) will probably consume almost the same amount of power as we have witnessed on our Asus P9D board (68 W). Given a decently scaling application with enough threads or some kind of virtualization (KVM/Hyper-V/Docker), the Xeon D server will thus consume at most about 1/3 more than an Xeon E3-1230L, but deliver almost twice as much performance.