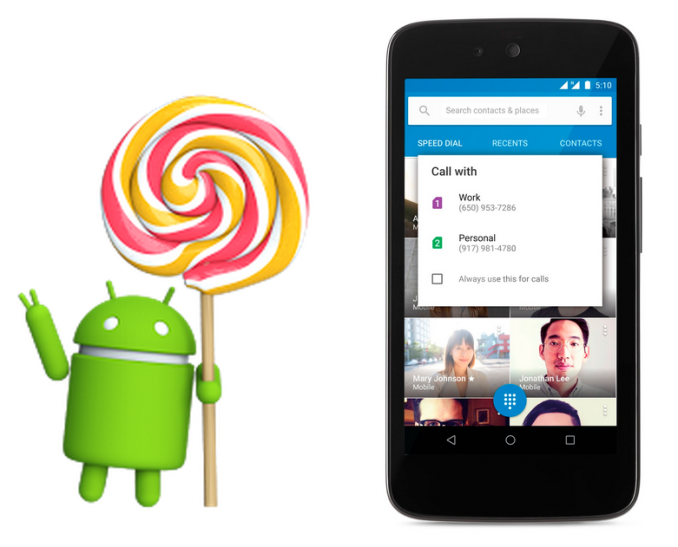 Today Google has announced the release of Android 5.1 Lollipop. The update is said to improve both performance and stability, as well as including a few new features.

The first feature is official support for multiple SIM cards. This feature is likely to appeal to Android users in emerging markets, and will definitely help Google's Android One initiative. Another new feature is support for HD voice calls on compatible networks and devices, with both T-Mobile and Verizon supporting the feature on the Nexus 6. Google has also added the ability to join WiFi networks and pair Bluetooth devices right from the quick settings menu.

In addition to the above improvements, Android 5.1 has one more notable feature, it's called Device Protection. Similar to Apple's Activation Lock, Device Protection means that a device will remain locked until the owner signs in with their Google account. This lock persists even after a factory reset, which should hopefully make stealing Android smartphones a pointless endeavor for thieves. Police departments in some US cities reported significant reductions in iPhone theft after the release of Activation Lock, and it would be great to see the same thing happen with Android devices.

Android 5.1 Lollipop will be rolling out to Nexus and Google Play edition devices in the near future.