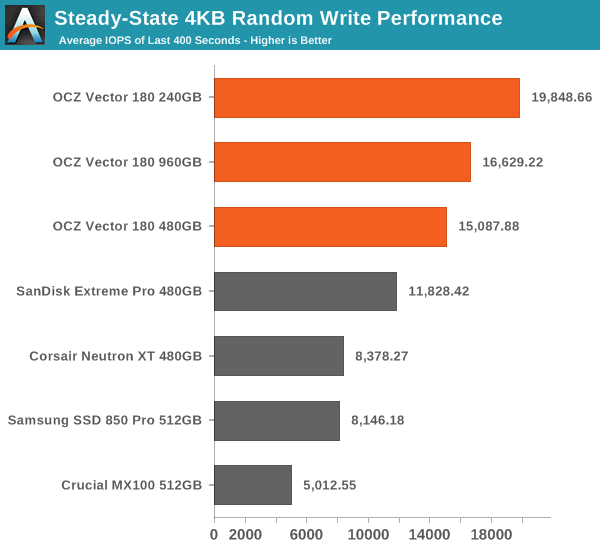 Barefoot 3 has always done well in steady-state performance and the Vector 180 is no exception. It provides the highest average IOPS by far and the advantage is rather significant at ~2x compared to other drives. 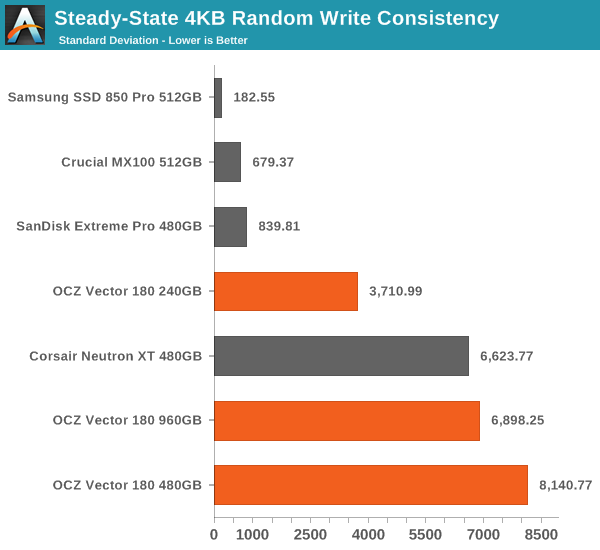 But on the down side, the Vector 180 also has the highest variation in performance. While the 850 Pro, MX100 and Extreme Pro are all slower in terms of average IOPS, they are a lot more consistent and what's notable about the Vector 180 is how the consistency decreases as the capacity goes up.

Looking at the scatter graph reveals the source of poor consistency: the IOPS reduce to zero or near zero even before we hit any type of steady state. This is known behavior of the Barefoot 3 platform, but what's alarming is how the 480GB and 960GB drives frequently drop to zero IOPS. I don't find that acceptable for a modern high-end SSD, no matter how good the average IOPS is. Increasing the over-provisioning helps a bit by shifting the dots up, but it's still clear that 240GB is the optimal capacity for Barefoot 3 because after that the platform starts to run into issues with consistency due to metadata handling.