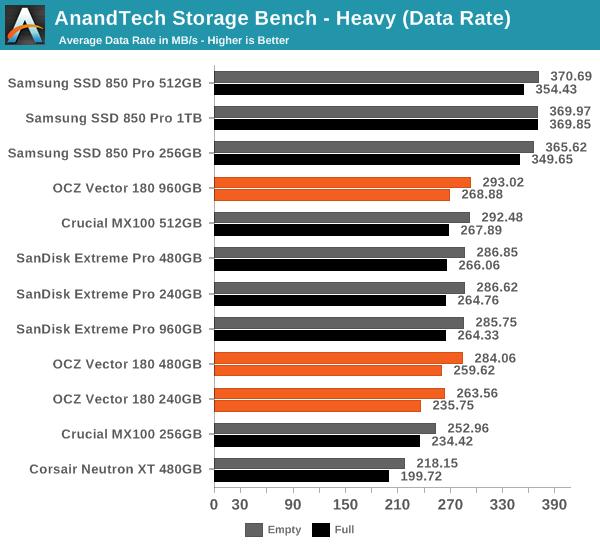 It sure seems like Samsung is the only manufacturer that has figured out a secret recipe to boost throughput with SATA 6Gbps because all the other drives are hitting a wall at ~290MB/s. 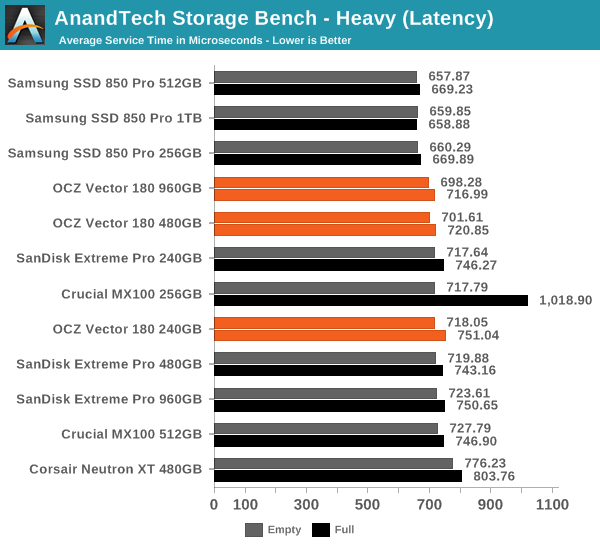 In terms of latency the difference between all drives is much more marginal. The Vector 180 has a small advantage over the Extreme Pro at larger capacities, although once again the 850 Pro tops the charts. 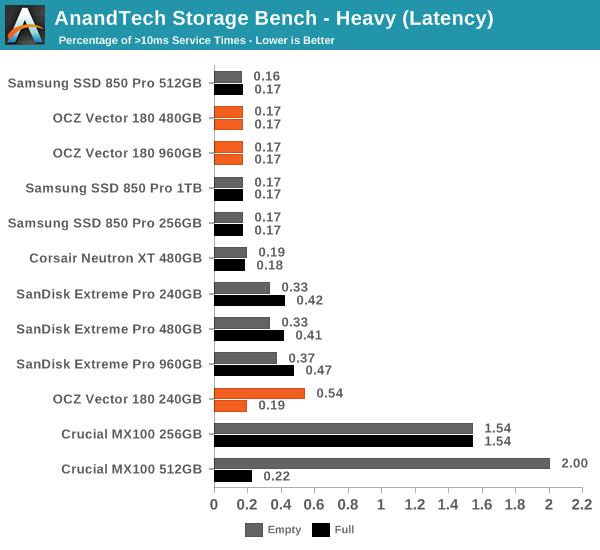 The Vector 180 is also very consistent with only a small number of >10ms IOs. Oddly enough, the 240GB does better when it's full, although I think that might be just an anomaly since it practically makes no sense at all. 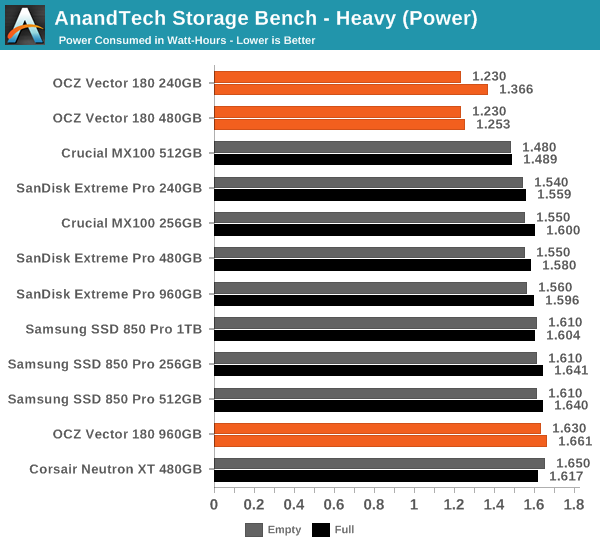 Similar to what we saw in The Destroyer benchmark, the 240GB and 480GB Vector 180 has wonderful load power characteristics and the difference to other drives is actually fairly significant.