Normally on an Ultrabook we would not dedicate an entire page to gaming performance, because the integrated GPUs do not perform very well on our gaming tests. However, with this being our first example of Broadwell-U, it is a good time to revisit this and see how the new graphics capabilities of Broadwell compare to the Haswell processors.

First, let's look at the synthetic benchmarks, starting with 3DMark and then moving on to GFXBench. 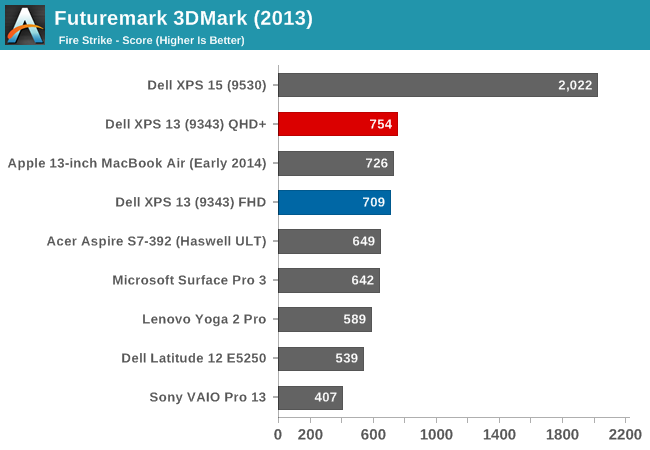 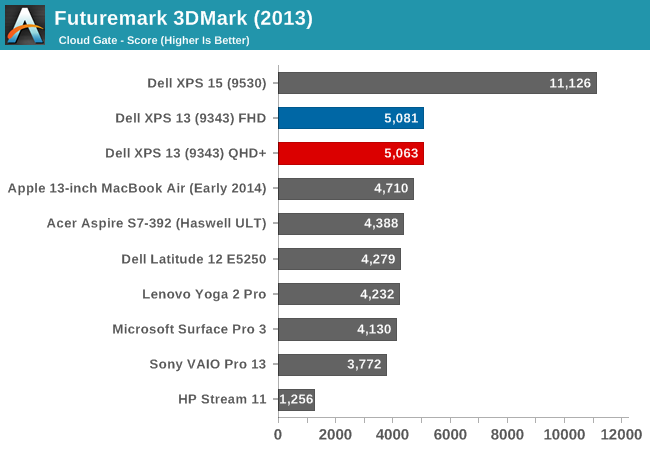 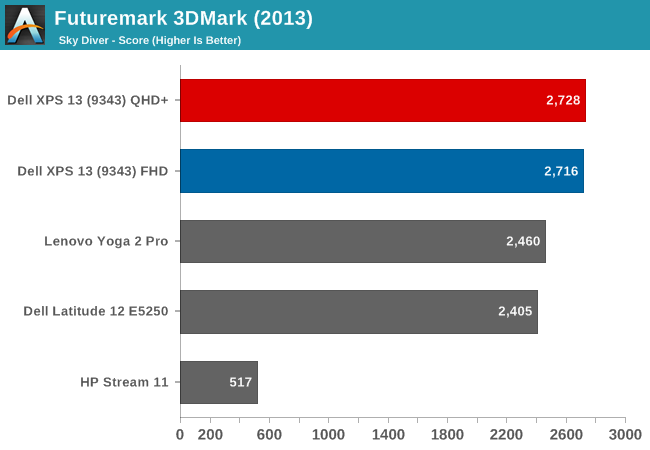 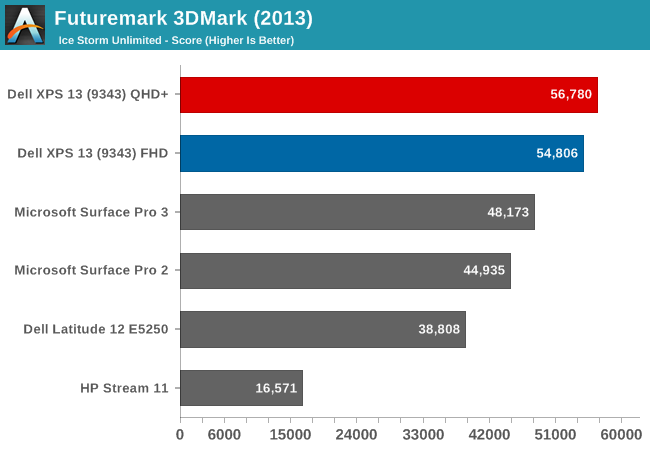 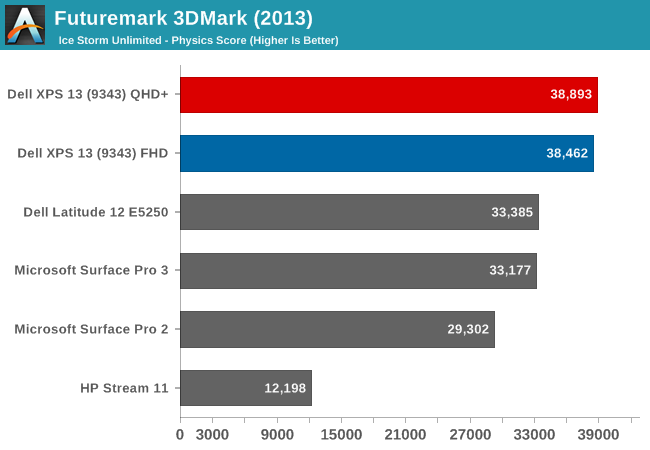 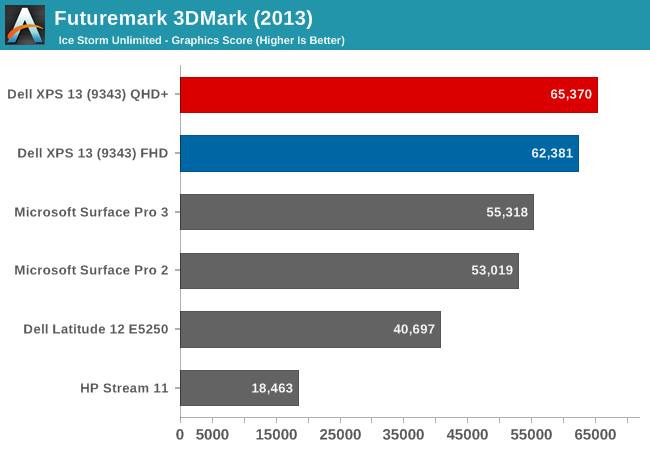 The 3DMark results begin to show the increased GPU performance of the Gen8 graphics. Broadwell-U outperforms all of the Haswell-U parts on all of the tests, and the QHD+ model gave a fraction more performance as well in a few tests.

The initial results for the new GPU look pretty good, with the new GPU soundly beating the Haswell-U parts. The HP Stream 11, with just 4 EUs, trails quite far behind. GFXBench is one of our newer benchmark choices for Windows 8, and we will add more data as we get a few more devices to test.

Next, let's look at our gaming benchmarks. Due to the low performance of the integrated GPUs, I just ran our gaming tests at the Value (1366x768 ~Medium) settings. 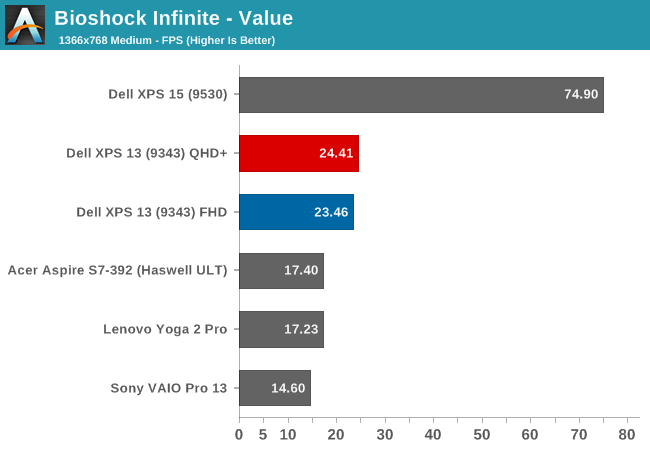 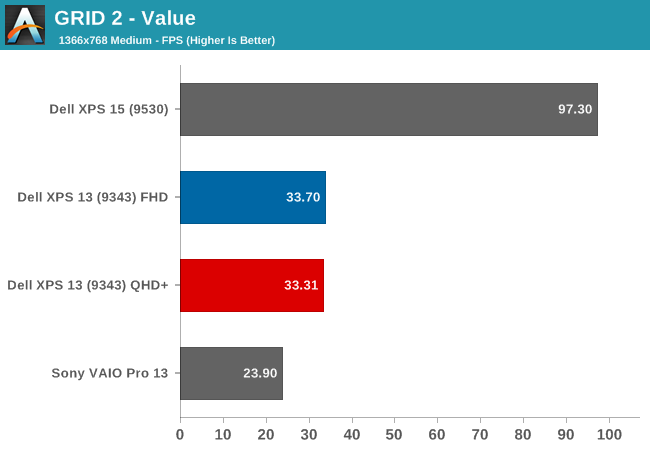 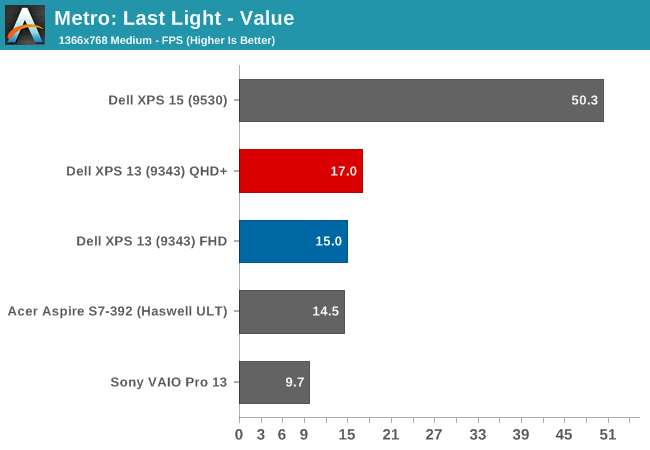 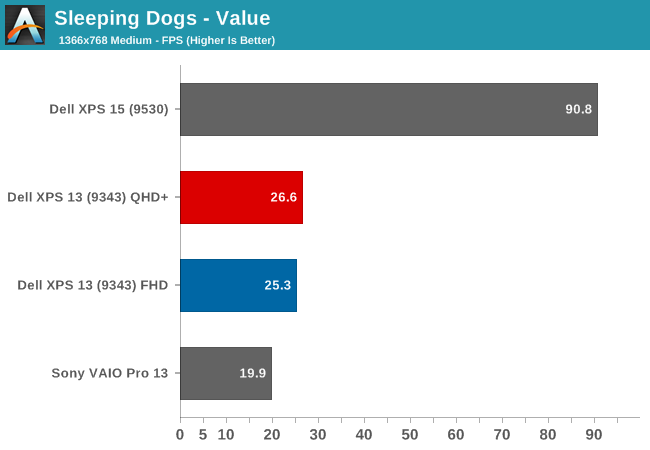 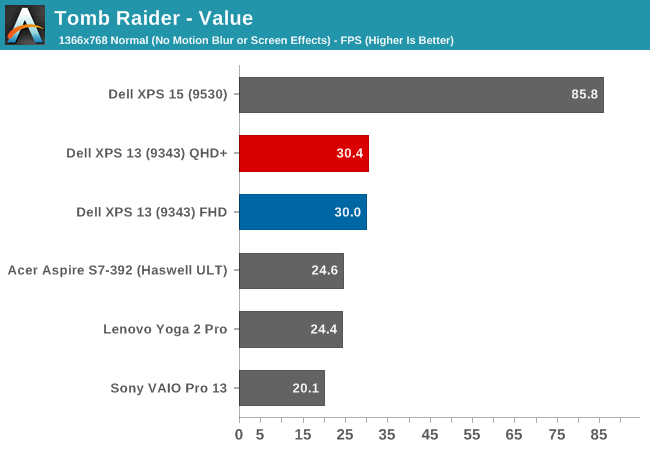 Here we can see once again that the new GPU is certainly stronger, but it is still not quite enough to make any of these games very playable on our Value settings. The Dell XPS 15, with its discrete GPU, carries a huge lead over the integrated GPU offerings. Still, the new Gen8 Graphics with more execution units per processor, as well as a change to the architecture of each execution unit, has made a healthy improvement. The new GPU has only eight EUs per sub-slice now, as compared to ten in Haswell-U, which help in many workloads. Ian has a nice writeup on the changes.

However, our gaming benchmarks are not tested at the lowest possible settings. All of the benchmarks start at 1366x768 with medium settings, so let's drop down another notch. 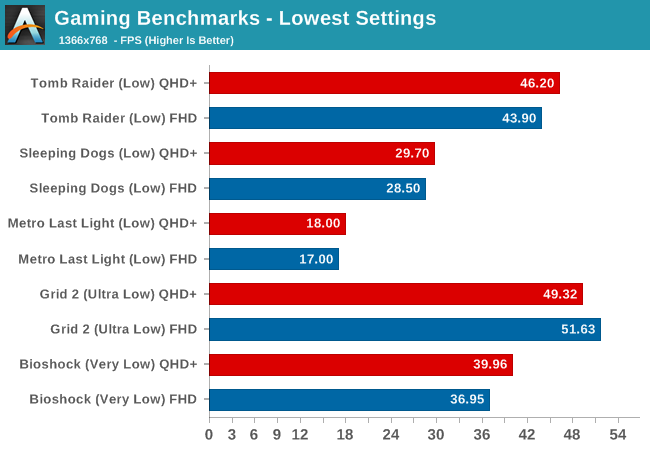 By setting the games to their lowest settings, some of them are now playable. We are still a long ways off of the performance of a discrete GPU, but slowly integrated graphics are improving. 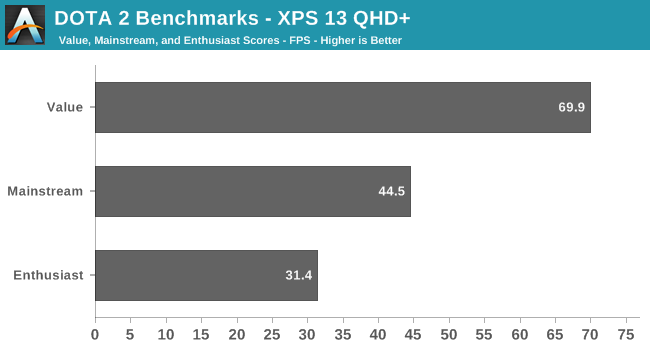 We do not have any other comparison points at the moment, but it is very clear that a game like DOTA 2 is very playable on a device with an integrated GPU. Frame rates, even with good settings, are very reasonable.

So Broadwell has raised the stakes again, but the end result is Intel's Integrated GPU is still not going to let you play AAA titles with good frame rates. Hopefully we can get some good comparisons between Broadwell-U and the AMD APUs in the near future. It will also be interesting to see what happens on the higher wattage Broadwell parts, some of which will contain significantly more EUs.