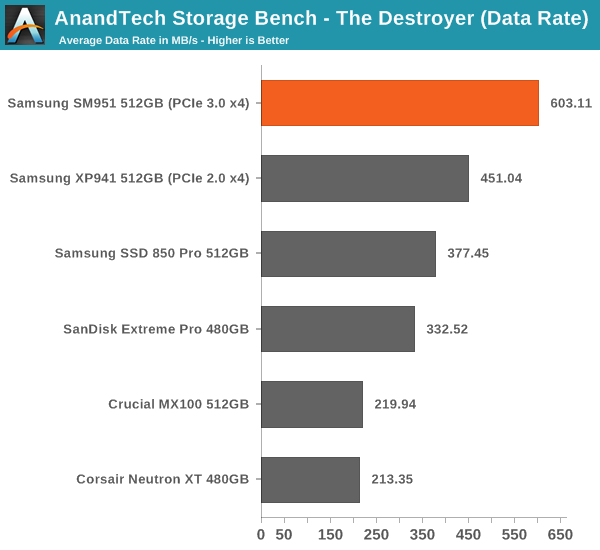 The SM951 takes the lead easily and provides ~34% increase in data rate over the XP941. The advantage over some of the slower SATA 6Gbps drives is nearly threefold, which speaks for the performance benefit that PCIe and especially PCIe 3.0 provide. 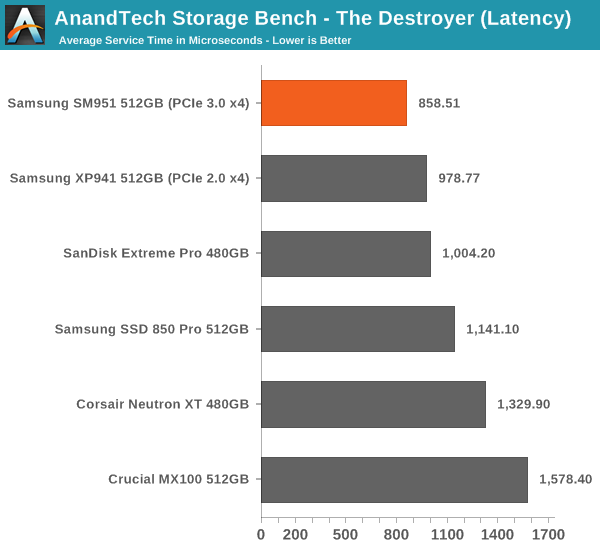 The latency benefit isn't as significant, which suggests that the SM951 provides substantial boost in large IO performance, but the performance at small IO sizes isn't dramatically better. 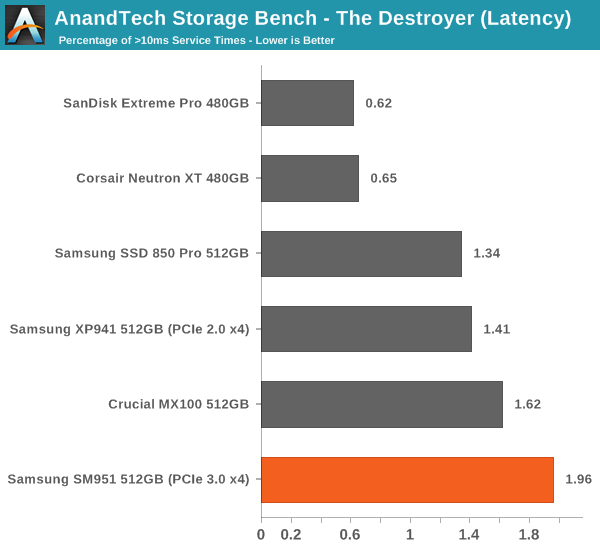 Despite the lowest average latency, the SM951 actually has the most >10ms IO with nearly 2% of the IOs having higher latency than 10ms. I did some thermal throttling testing (see the dedicated page for full results) and the SM951 seems to throttle fairly aggressively, so my hypothesis is that the high number is due to throttling, which limits the drive's throughput momentarily (and hence increases the latency) to cool down the drive. 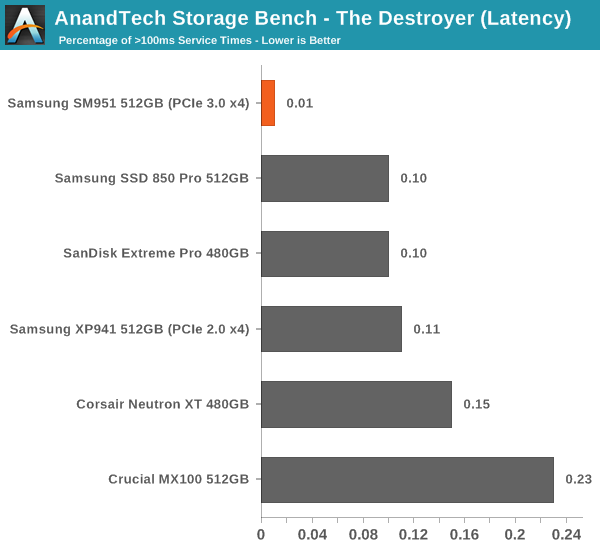 However, the SM951 has the least >100ms IOs, which means that despite the possible throttling the maximum service times stay between 10ms and 100ms.