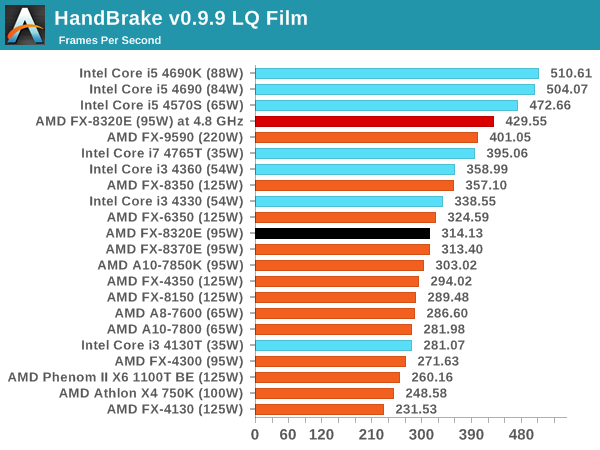 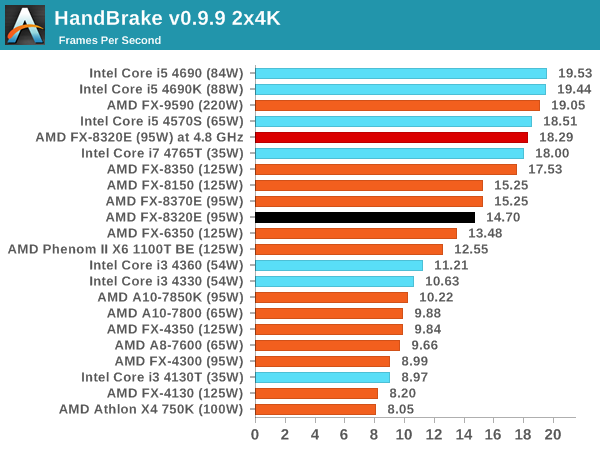 For Low Quality conversion, the 8320E has trouble keeping up with the full-fat i3, but beats them by a good margin when the frame sizes open up. 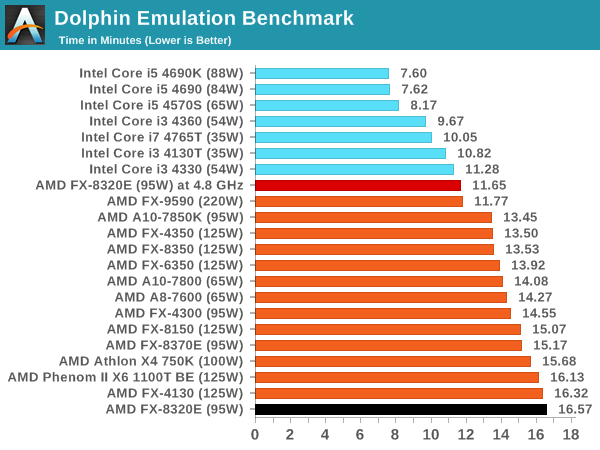 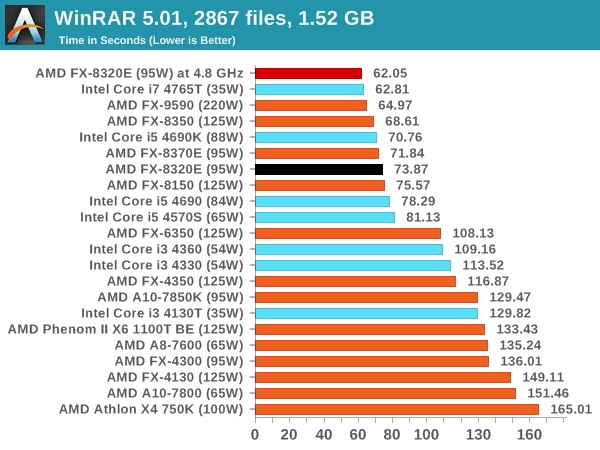 The eight threads of the FX-8000 series show through here, beating all the i3 and some of our i5 parts.

A new addition to our CPU testing suite is PCMark8 v2, where we test the Work 2.0 suite in OpenCL mode. 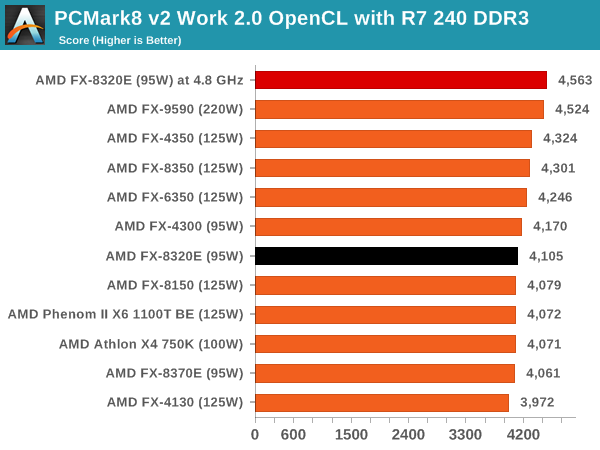 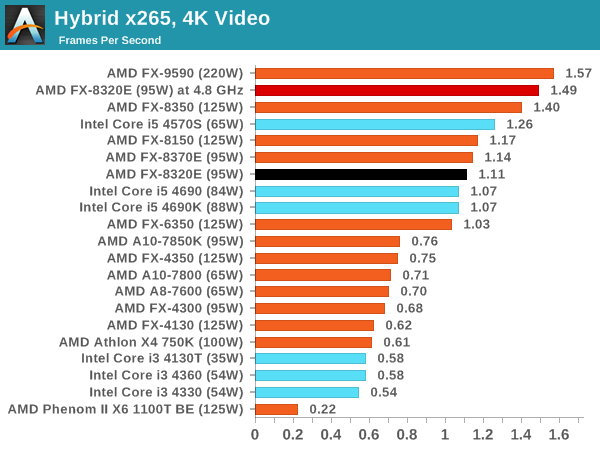 For x265 conversion those extra threads end up highly beneficial for the FX-8320E, nudging inbetween our i5 data. 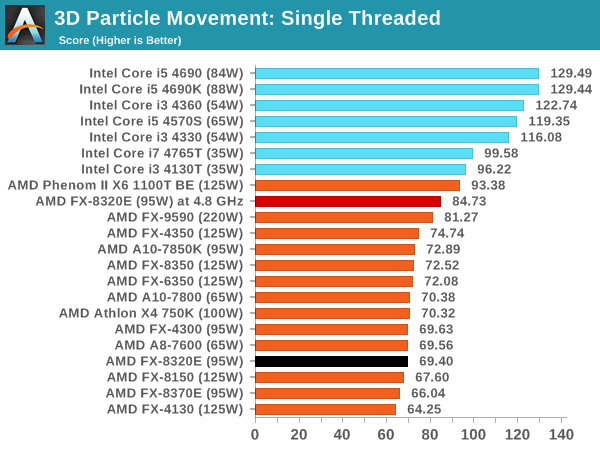 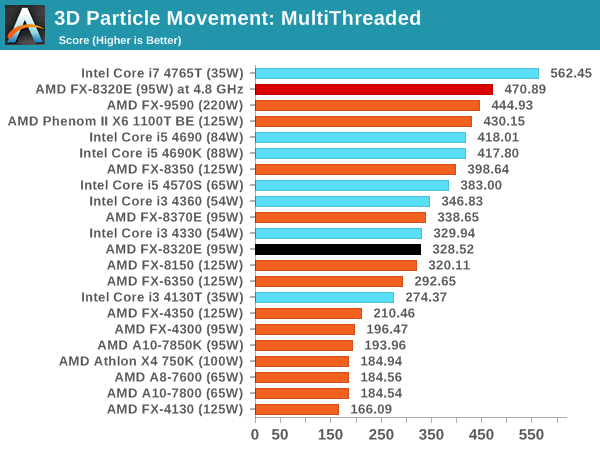 While single thread performance is behind, the overclocked FX-8320E storms ahead of our FX-9590 results. 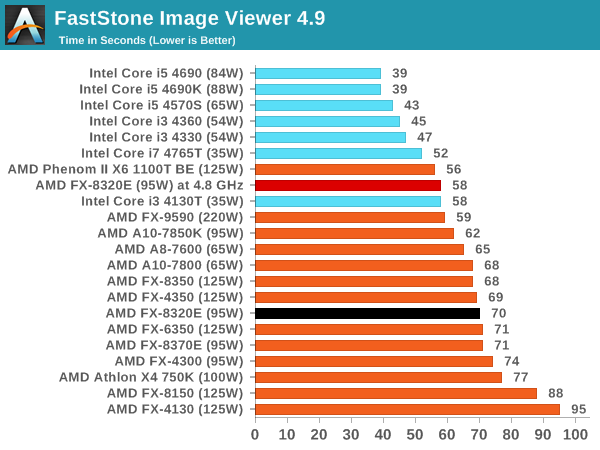 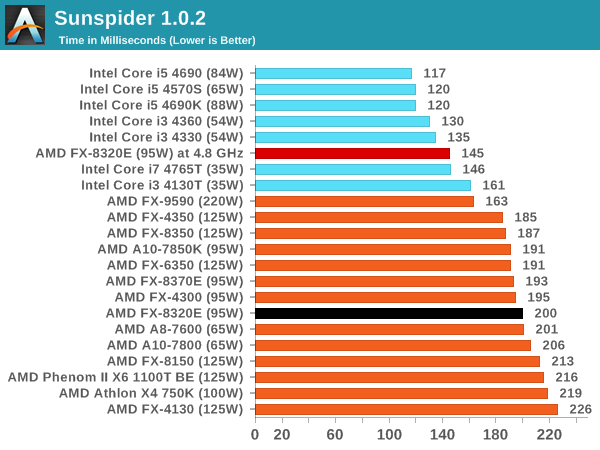 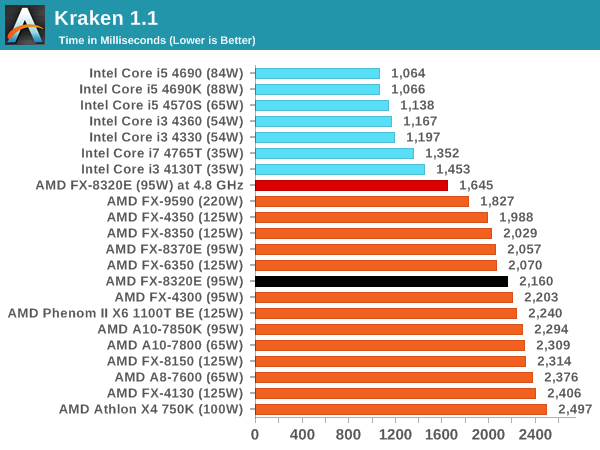 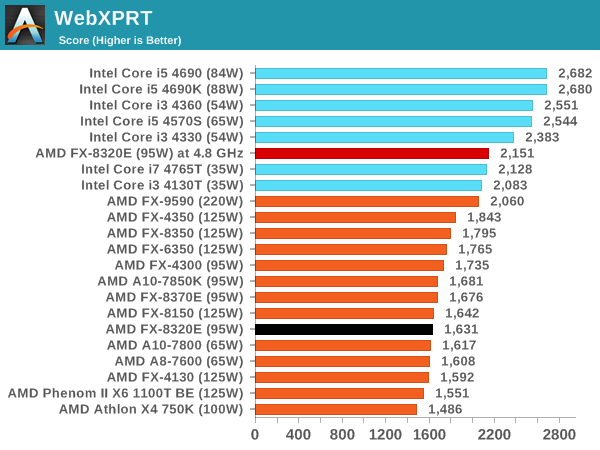 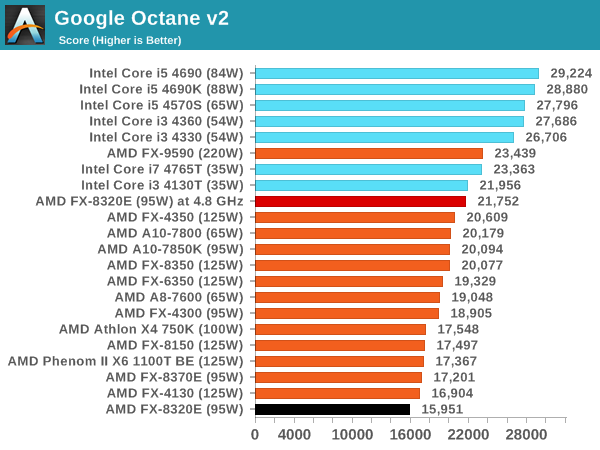