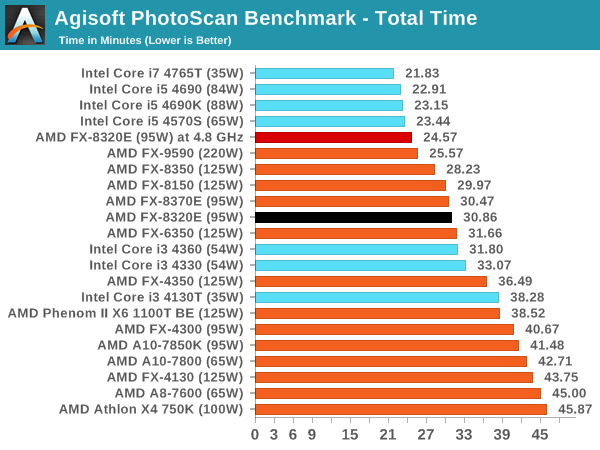 A highly parallel benchmark like Photoscan puts the FX CPUs ahead of our i3 results. When overclocked, it plays just behind the i5 results. 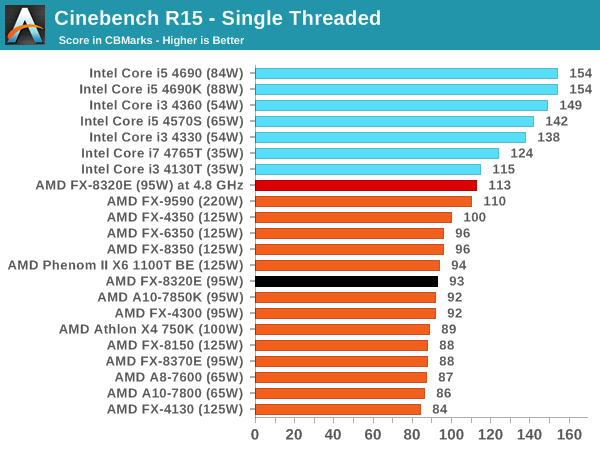 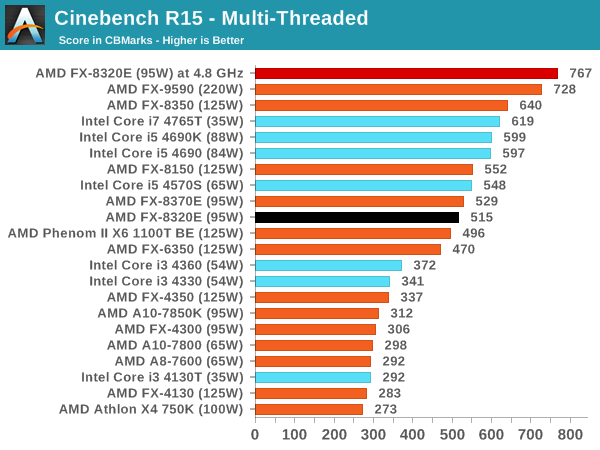 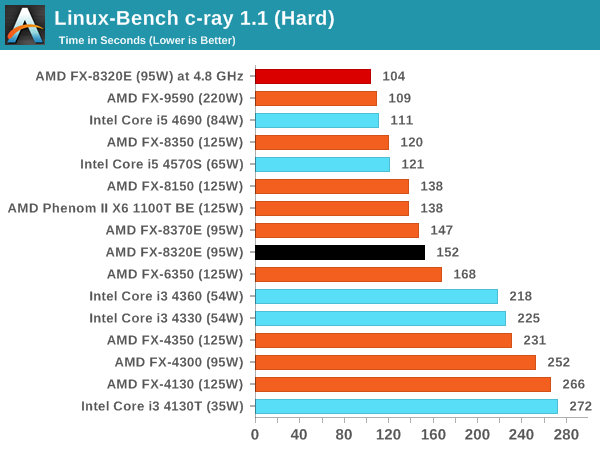 Ahead of the i3, behind the i5 until overclocked seems to be a good motto for this CPU. 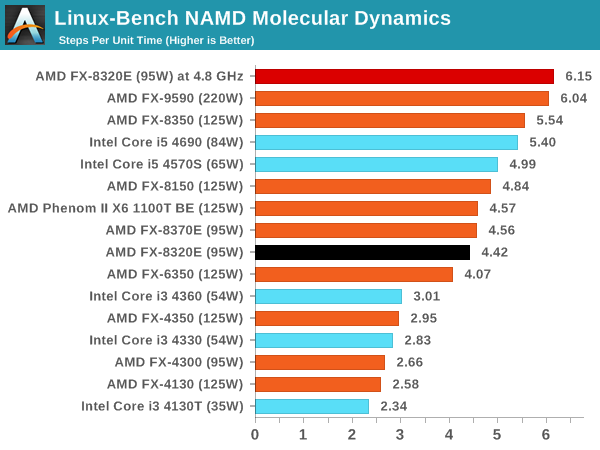 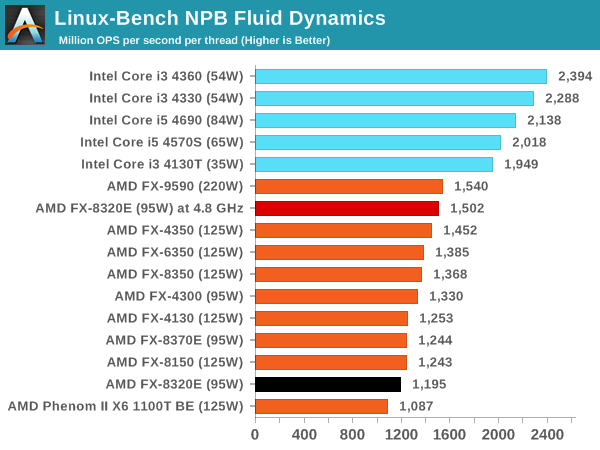 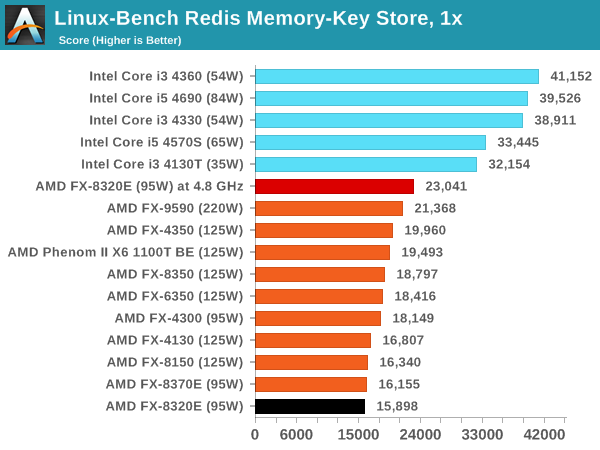 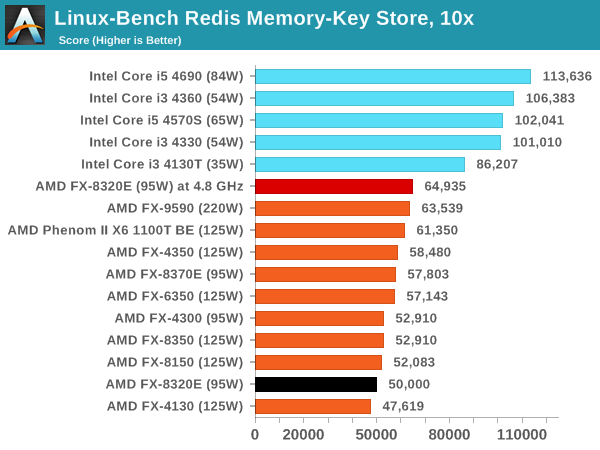 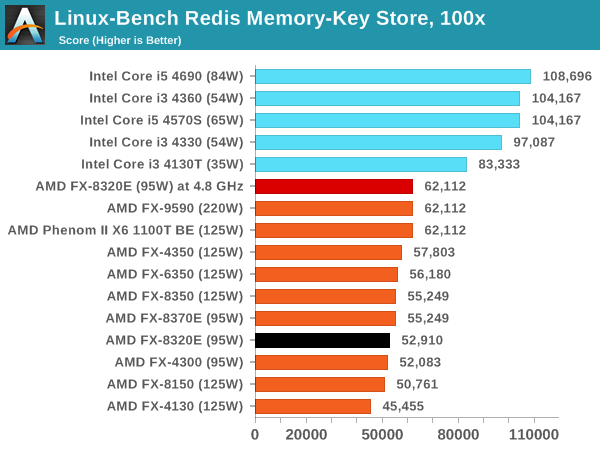 It would seem that one downside to the AMD FX line is the memory access limited scenarios, unless more cores can come into the equation. For redis, that is unfortunately not the case.