For our performance analysis, we will split this into two parts. Firstly we will add in the data for the system as it was sent, in a 1x8GB DRAM configuration. After this is a discussion with 2x4GB results, showing the importance of maintaining a dual configuration setup. For comparison points, we are picking up Dustin’s array of workstation review results, although a couple of the newer benchmarks have fewer data points. 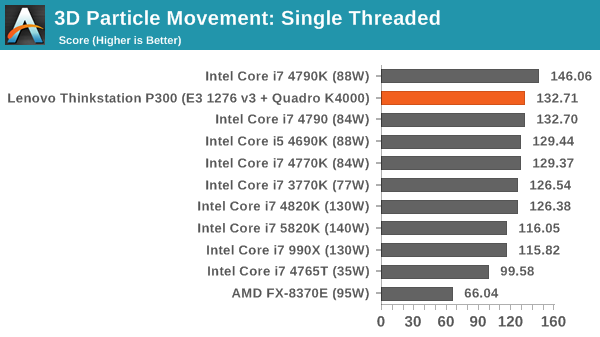 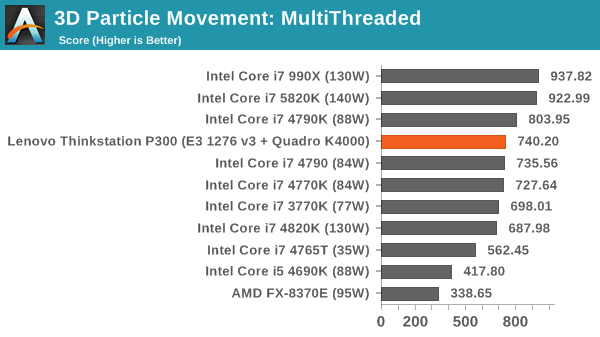 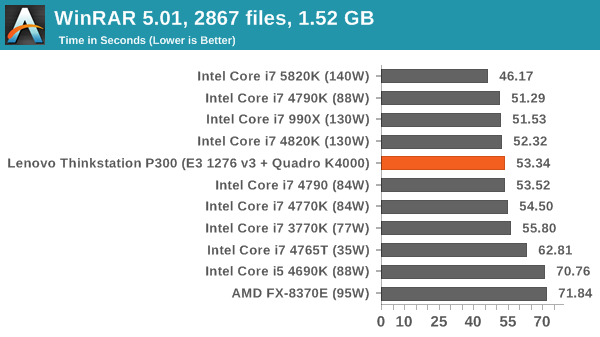 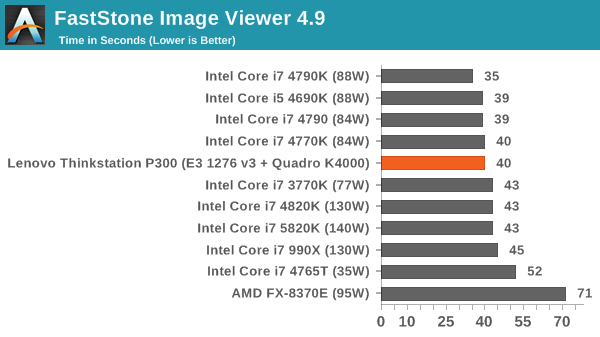 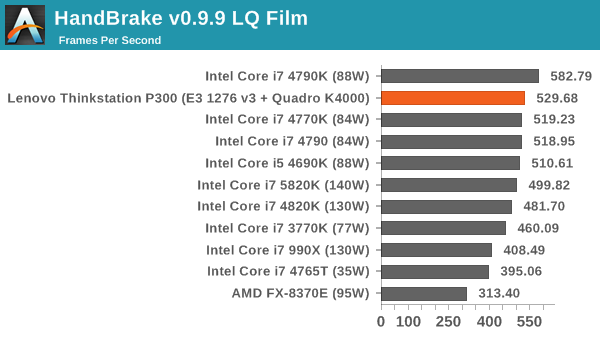 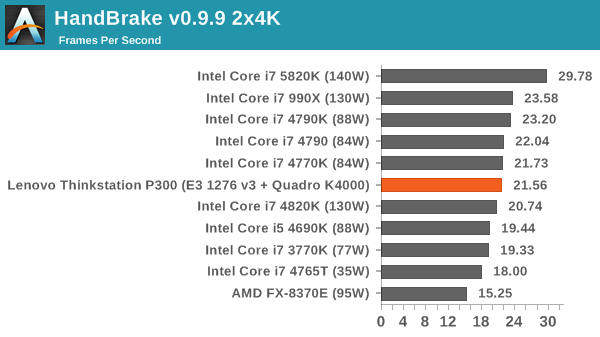 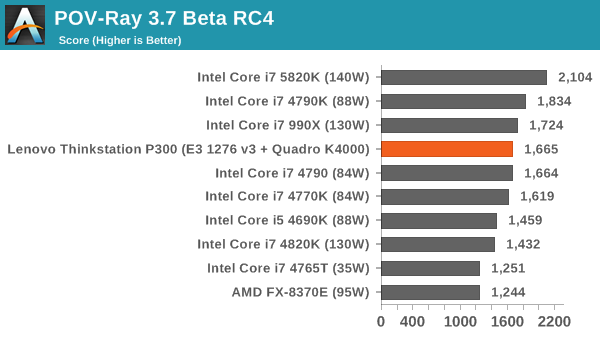