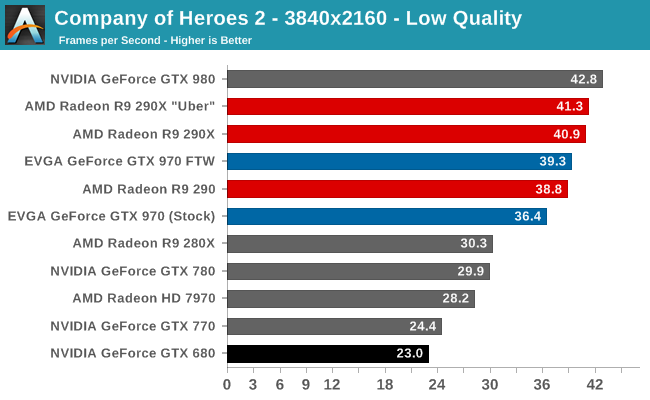 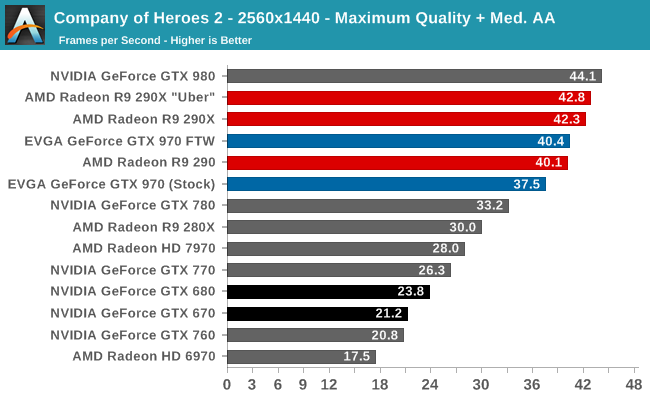 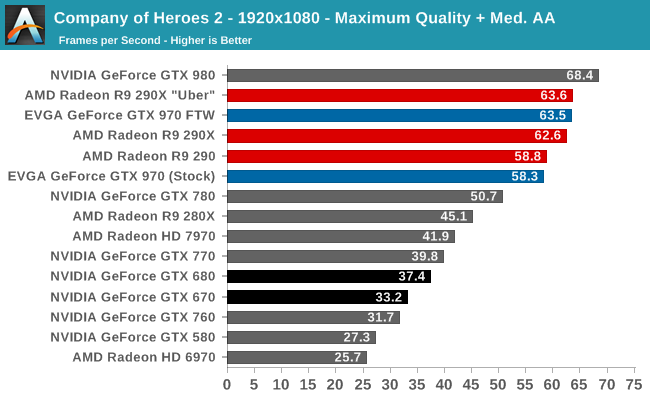 Company of Heroes 2 was one of the only games that the GTX 980 didn’t take a significant lead in, and consequently it’s one of the few games that GTX 970 will lose by a significant margin. With the exception of 1080p the stock GTX 970 can’t keep pace with the R9 290, let alone the R9 290XU. Overall NVIDIA’s second-tier card will trail the AMD flagship by 12%, which in the grand scheme of things is still going to be much narrower than the price difference.

In this case Company of Heroes 2 seems especially fond of shader performance. So the GTX 970 drops off by a bit more than in most other games, coming in at just 85% of the performance of GTX 980. 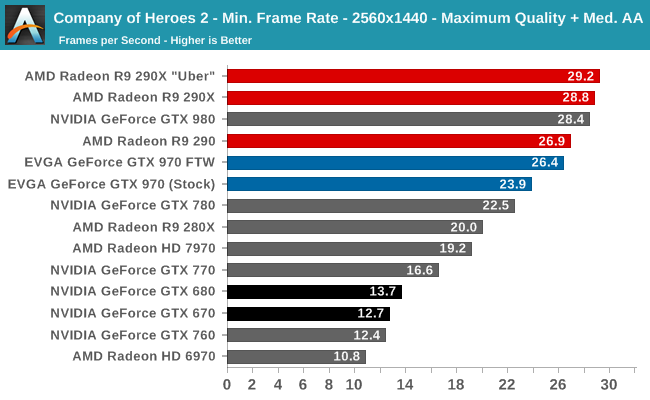 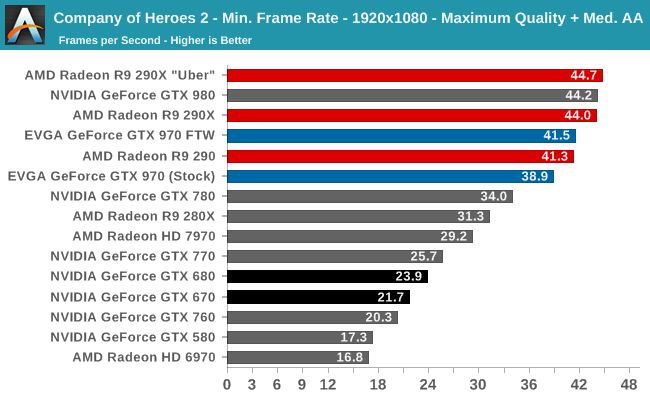