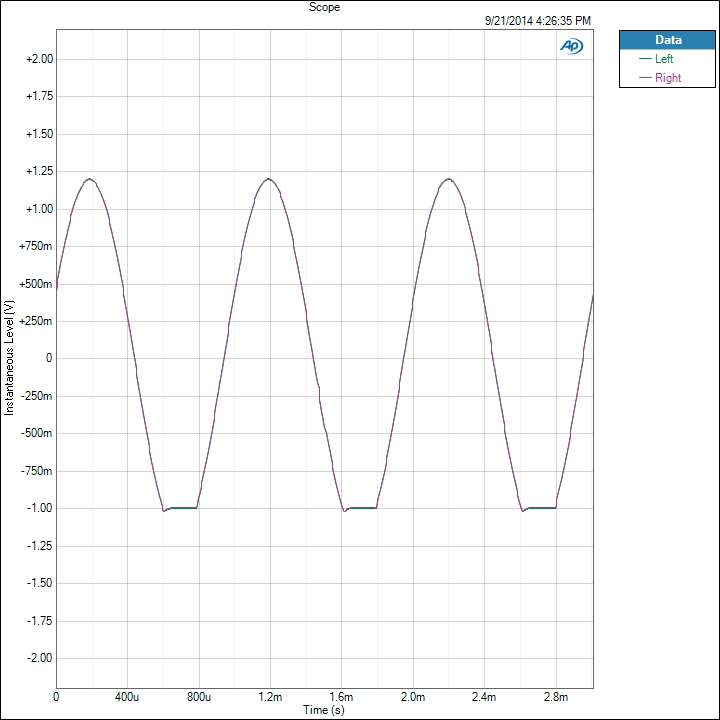 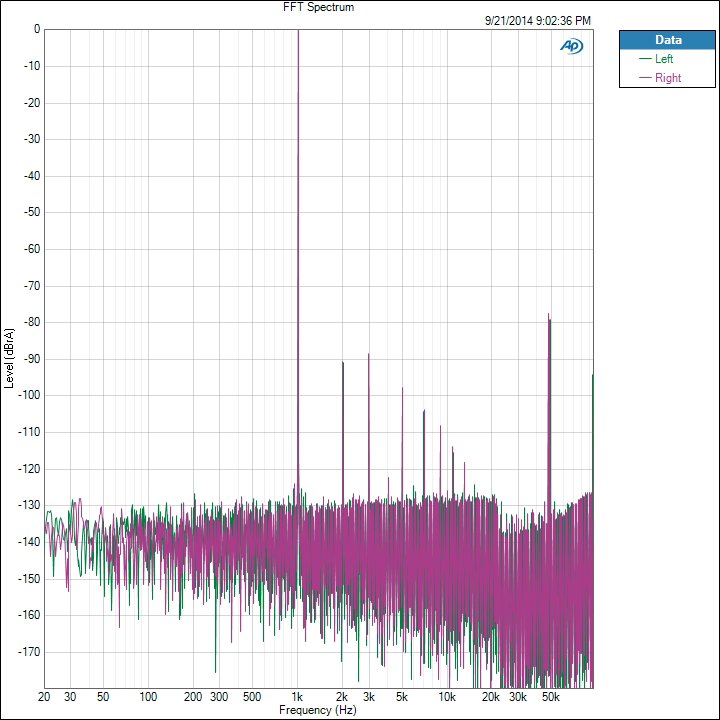 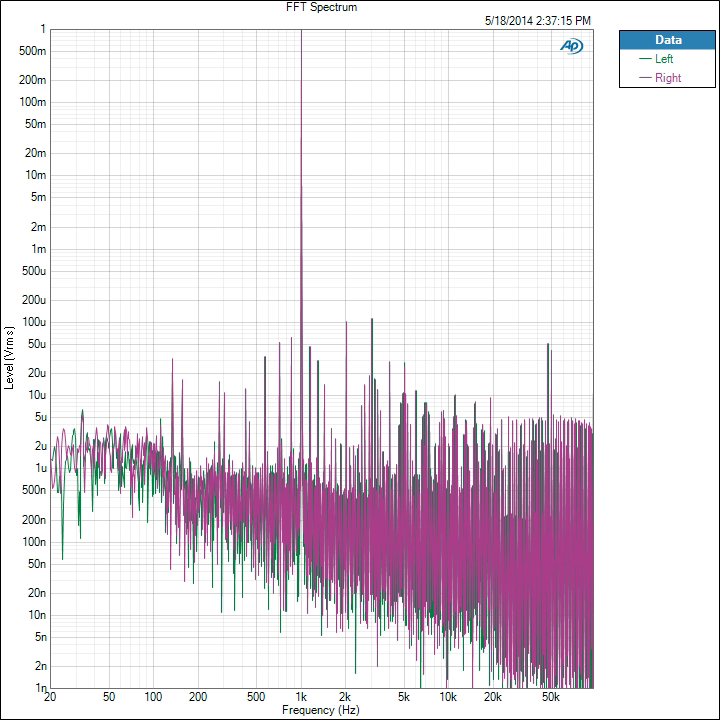 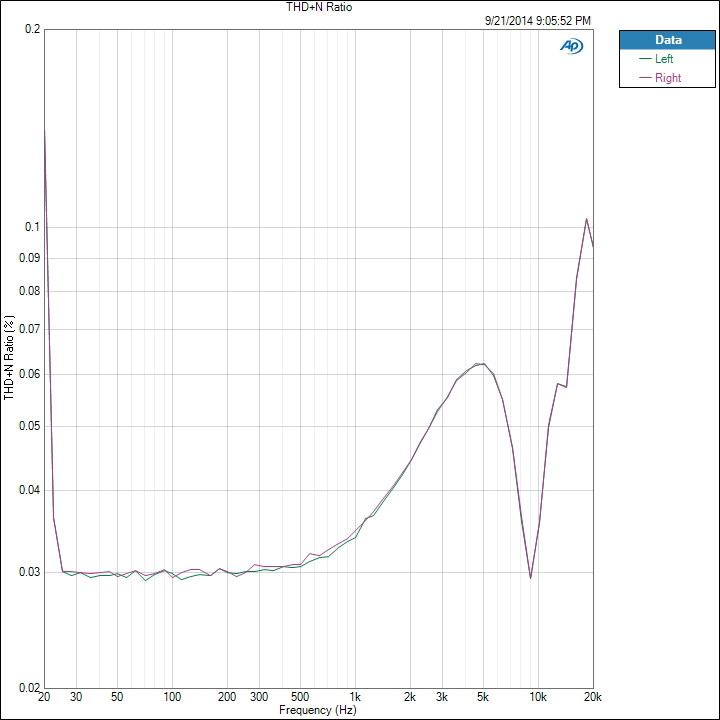 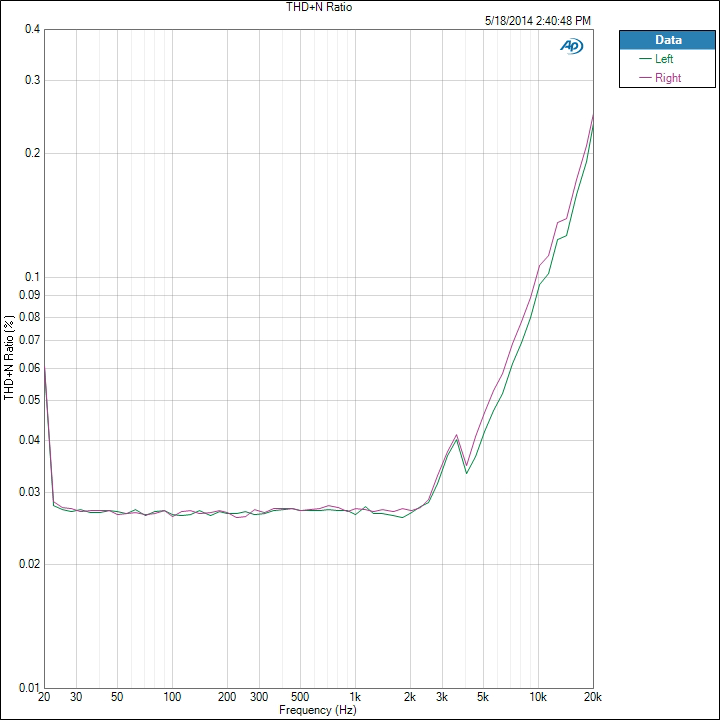 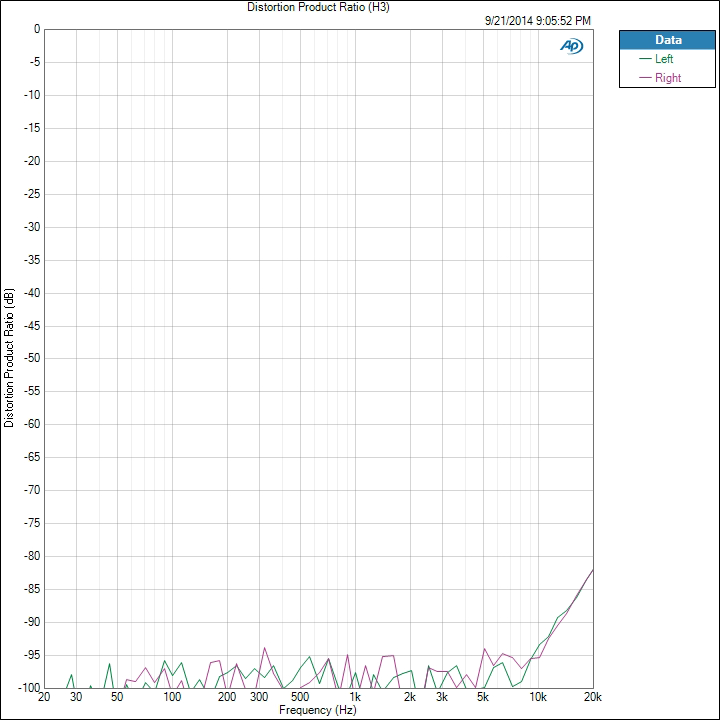 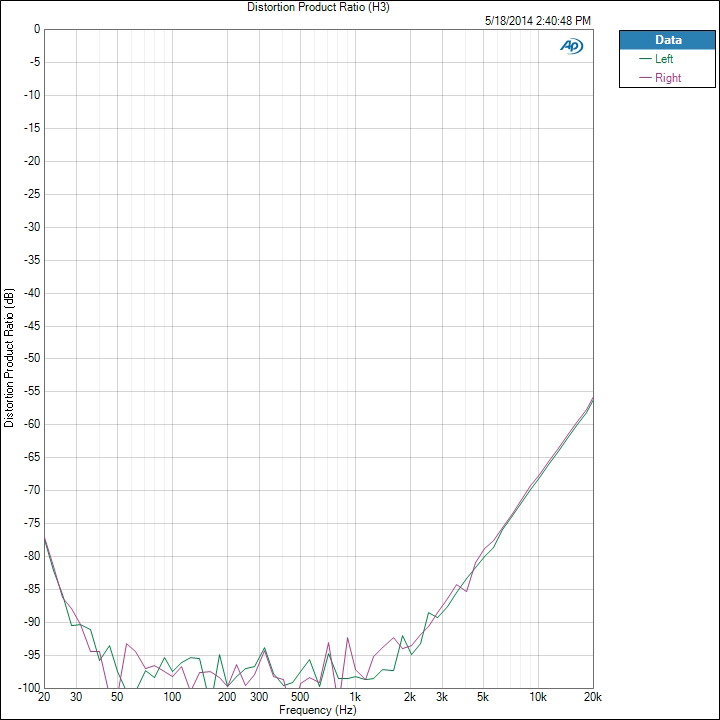 HTC M8 Distortion (Noise) Frequency Sweep
Is one phone superior to the other? With the iPhone 6 and M8, I don’t believe so. The M8 is more powerful with lower crosstalk while the iPhone 6 has less distortion and better frequency response. Most notably the iPhone 6 has no results that indicate odd behavior, which we have seen with the Galaxy S5 and other phones. It is a well engineered headphone amplifier provided you do not need to listen to something at maximum volume with a 15 Ohm load.
Can Apple improve this? They could improve crosstalk, though some headphone companies like more crosstalk to help create an image more like a pair of stereo speakers than headphones. They could also support 24-bit audio which can improve on the SNR values here. The test tones are only 16-bit in nature, so the SNR maximum value is around -98dB. The HTC M8 may perform better given 24-bit test tones but would need a retest to verify this. Apple seems to have decided on using Lightning with an external DAC to push beyond 16-bit audio so we will have to wait for devices using that to see.
Audio hardware on phones can still improve a lot to get closer to where the best stand-alone products are. Those are capable of Signal-to-Noise ratios of -120dB or greater, and crosstalk of -110dB or more. How much those would be audible with headphones is uncertain, but when used as a source device with a stereo it may be audible. However, unless high-resolution audio downloads, like Pono or HD Tracks, really start to catch on I don’t see this being a main focus for most of the companies out there. The iPhone 6 is more likely what we will see going forward: good audio quality, but most importantly free of any major issues.
Video Quality Software
Tweet
PRINT THIS ARTICLE
Comments Locked