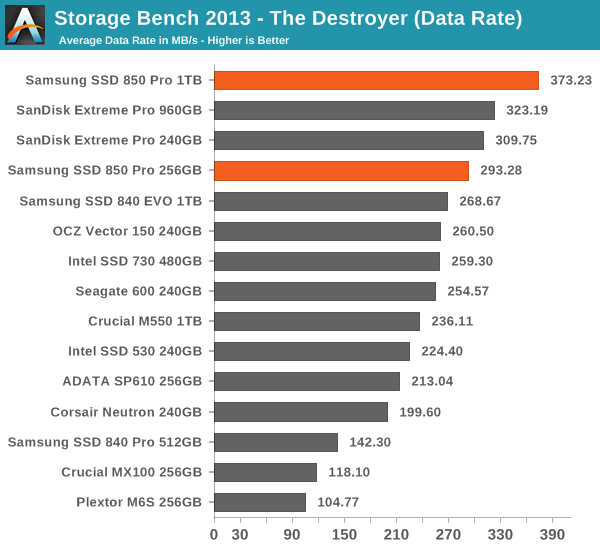 Thanks to the excellent IO consistency, the 850 Pro dominates our 2013 Storage Bench. At the 1TB capacity point, the 850 Pro is over 15% faster than any drive when looking at the average data rate. That is huge because the 850 Pro has less over-provisioning than most of today's high-end drives and the 2013 Storage Bench tends to reward drives that have more over-provisioning because it essentially pushes drives to steady-state. The 256GB model does not do as well as the 1TB one but it is still one of the fastest drives in its  class. I wonder if the lesser amount of over-provisioning is the reason or perhaps the Extreme Pro is just so well optimized for mixed workloads. 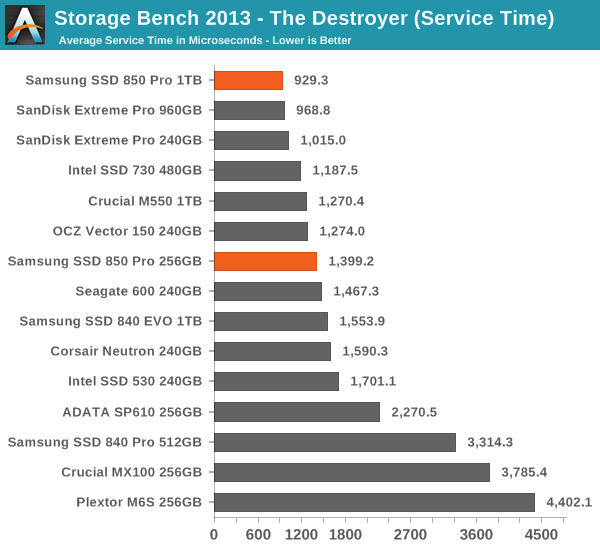