To quantify power consumption we're looking at total system power, which takes into account the CPU load associated with workload generation as well as the power drawn by the drive itself. The P3700 was left in its default lower power operating mode, not the higher 25W mode.

Overall the P3700 doesn't raise any power consumption flags. The overall system power consumption ends up being around 16W higher than with a single S3700, but if you normalize for performance the two end up looking quite similar. There seems to be some power savings compared to the old Intel SSD 910, and roughly comparable power consumption to the P420m. 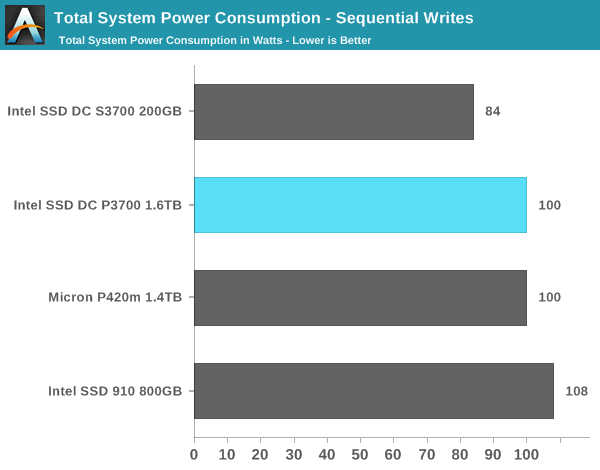 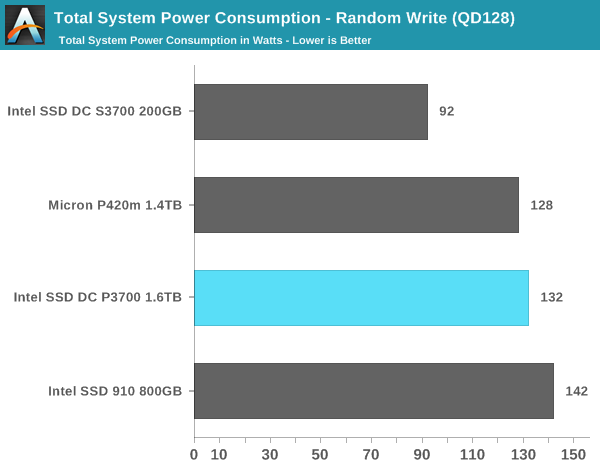