Performance consistency is more or less a match with the Vector 150. There is essentially no difference, only some slight variation which may as well be caused by the nature of how garbage collection algorithms work (i.e. the result is never exactly the same).

To test TRIM, I first filled all user-accessible LBAs with sequential data and continued with torturing the drive with 4KB random writes (100% LBA, QD=32) for 60 minutes. After the torture I TRIM'ed the drive (quick format in Windows 7/8) and ran HD Tach to make sure TRIM is functional. 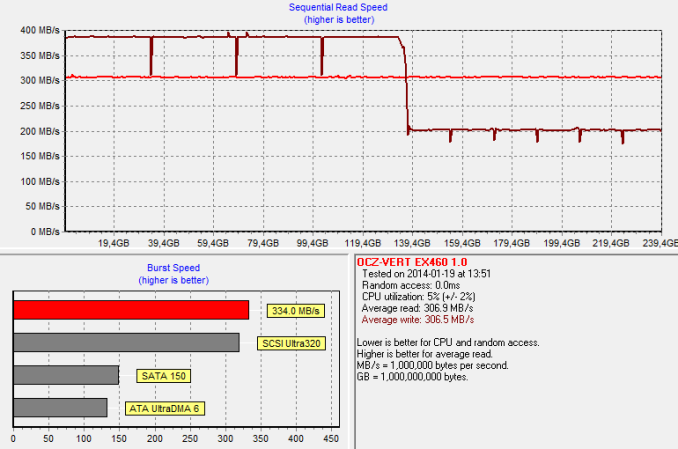 And TRIM works. The HD Tach graph also shows the impact of OCZ's performance mode, although in a negative light. Once half of the LBAs have been filled, all data has to be reorganized. The result is a decrease in write performance as the drive is reorganizing the existing data at the same time as HD Tach is writing to it. Once the reorganization process is over, the performance will recover close to the original performance.