Qualcomm Announces Snapdragon 410 Based on 64-bit ARM Cortex A53 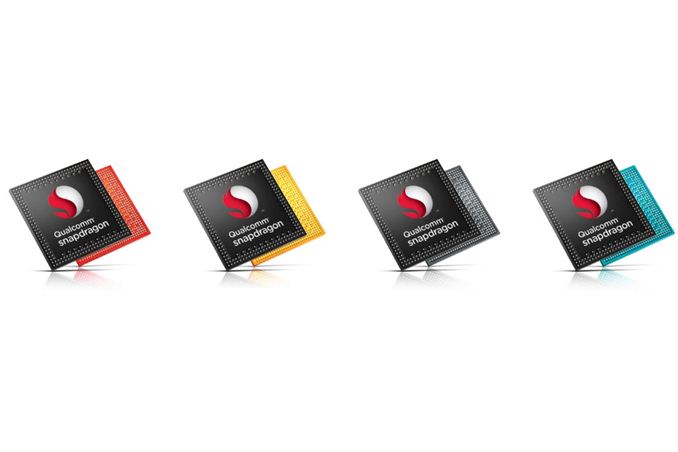 ARM told us to expect some of the first 64-bit ARMv8 based SoCs to ship in 2014, and it looks like we're seeing just that. Today Qualcomm is officially announcing its first 64-bit SoC: the Snapdragon 410 (MSM8916).

Given that there's no 64-bit Android available at this point, most of the pressure to go to 64-bit in the Android space is actually being driven by the OEMs who view 64-bit support as a necessary checkbox feature at this point thanks to Apple's move with the A7. Combine that with the fact that the most ready 64-bit IP from ARM is the Cortex A53 (successor to the Cortex A5/A7 line), and all of the sudden it makes sense why Qualcomm's first 64-bit mobile SoC is aimed at the mainstream market (Snapdragon 400 instead of 600/800).

I'll get to explaining ARM's Cortex A53 in a moment, but first let's look at the specs of the SoC:

At a high level we're talking about four ARM Cortex A53 cores, likely running around 1.2 - 1.4GHz. Having four cores still seems like a requirement for OEMs in many emerging markets unfortunately, although I'd personally much rather see two higher clocked A53s. Qualcomm said the following about 64-bit in its 410 press-release:

"The Snapdragon 410 chipset will also be the first of many 64-bit capable processors as Qualcomm Technologies helps lead the transition of the mobile ecosystem to 64-bit processing.”

Keep in mind that Qualcomm presently uses a mix of ARM and custom developed cores in its lineup. The Snapdragon 400 line already includes ARM (Cortex A7) and Krait based designs, so the move to Cortex A53 in the Snapdragon 410 isn't unprecedented. It will be very interesting to see what happens in the higher-end SKUs. I don't assume that Qualcomm will want to have a split between 32 and 64-bit designs, which means we'll either see a 64-bit Krait successor this year or we'll see more designs that leverage ARM IP in the interim.

As you'll see from my notes below however, ARM's Cortex A53 looks like a really good choice for Qualcomm. It's an extremely power efficient design that should be significantly faster than the Cortex A5/A7s we've seen Qualcomm use in this class of SoC in the past.

The Snapdragon 410 also features an updated ISP compared to previous 400 offerings, adding support for up to a 13MP primary camera (no word on max throughput however).

All of these IP blocks sit behind a single-channel 64-bit LPDDR2/3 memory interface.

The SoC is built on a 28nm LP process and will be sampling in the first half of 2014, with devices shipping in the second half of 2014. Given its relatively aggressive schedule, the Snapdragon 410 may be one of the first (if not the first) Cortex A53 based SoCs in the market.

A Brief Look at ARM's Cortex A53

ARM's Cortex A53 is a dual-issue in-order design, similar to the Cortex A7. Although the machine width is unchanged, the A53 is far more flexible in how instructions can be co-issued compared to the Cortex A7 (e.g. branch, data processing, load-store, & FP/NEON all dual-issue from both decode paths).

The A53 is fully ISA compatible with the upcoming Cortex A57, making A53 the first ARMv8 LITTLE processor (for use in big.LITTLE) configurations with an A57

The overall pipeline depth hasn't changed compared to the Cortex A7. We're still dealing with an 8-stage pipeline (3-stage fetch pipeline + 5 stage decode/execute for integer or 7 for NEON/FP). The vast majority of instructions will execute in one cycle, leaving branch prediction as a big lever for increasing performance. ARM significantly increased branch prediction accuracy with the Cortex A53, so much that it was actually leveraged in the dual-issue, out-of-order Cortex A12. ARM also improved the back end a bit, improving datapath throughput.

The result of all of this is a dual-issue design that's pushed pretty much as far as you can without going out-of-order. Below are some core-level performance numbers, all taken in AArch32 mode, comparing the Cortex A53 to its A5/A7 competitors:

Even ignoring any uplift from new instructions or 64-bit, the Cortex A53 is going to be substantially faster than its predecessors. I threw in hypothetical SPECint2000 numbers for a 1.2GHz Cortex A9 to put A53's performance in even better perspective. You should expect to see better performance than a Cortex A9r4 at the same frequencies, but the A9r4 is expected to hit much higher frequencies (e.g. 2.3GHz for Cortex A9 r4p1 in NVIDIA's Tegra 4i).

I'm really excited to see what ARM's Cortex A53 can do. It's a potent little architecture, one that I wish we'd see taken to higher clock speeds and maybe even used in higher end devices at the same time. The most obvious fit for these cores however is something like the Moto G, which presently uses the 32-bit Cortex A7. Given Qualcomm's schedule, I wouldn't be surprised to see something like a Moto G update late next year with a Snapdragon 410 inside. Adding LTE and four Cortex A53s would really make that the value smartphone to beat.