In many of the examples you have seen so far, you notice that the Nexus 5 has a large issue with the left channel at peak volume levels. As Brian mentions in his Nexus 5 review, it is based on a similar platform to the LG G2 but it isn't identical. Because there are similarities I want to test it out and see if it has the same issue that I see on the Nexus 5.

The test that is causing the large issue on the Nexus 5 is a 1 kHz sine wave, at -0dBFS, at maximum volume. This is the loudest sound that any device will be asked to produce. If you're familiar with the trends in music mixing the past two decades you'll know that a peak of -0dBFS is not all that uncommon now. This chart at NPR shows the average and peak levels for the most popular songs over the past thirty years. Two decades ago testing for -0dBFS might not have been important but it is now. So lets look at this image from the Nexus 5 again. 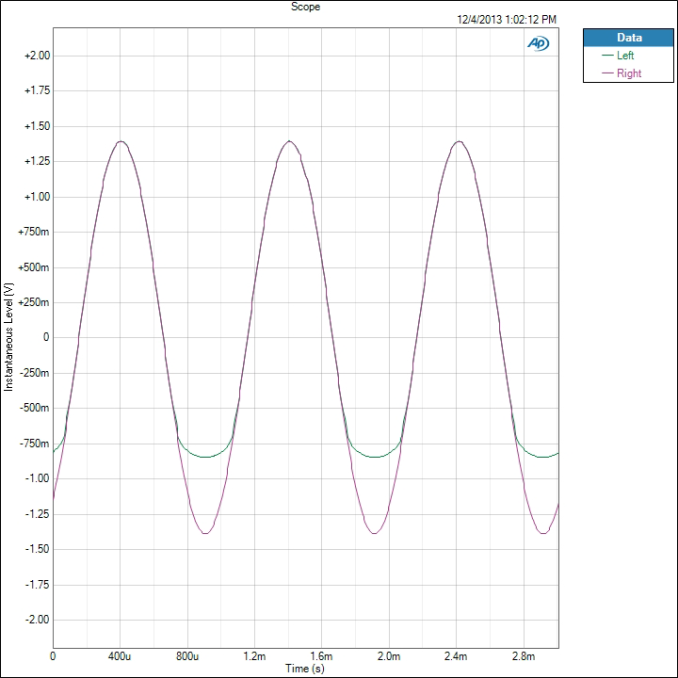 Now for comparison, we will look at the LG G2. 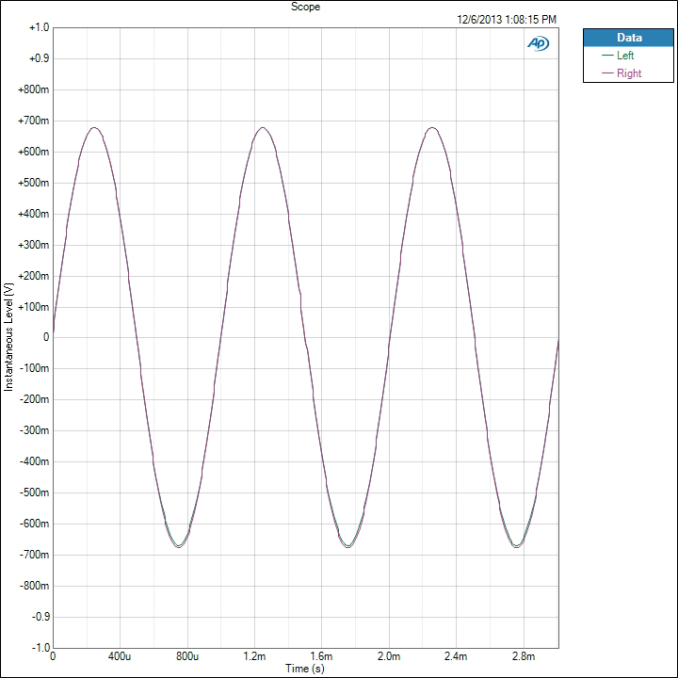 This looks much better. However the LG G2 is still putting out 0.546528% THD+N into the left channel while only outputting 0.003338% into the right channel. So there is still some imbalance going on here. So why is the issue so much less on the G2 than on the Nexus 5?

The key to this is looking at the scale on the graphs here. While the Nexus 5 peaks are up close to 1.3-1.4V, the G2 has peaks that don't even reach 700mV. Looking at the actual numbers the G2 has a Vrms level of 475.3 mVrms while the Nexus 5 checks in at 843.6 mVrms for the left channel and 982 mVrms for the right channel. The G2 is placing far less stress on its headphone amplifier and keeping it from the output levels that cause this excessive clipping in the Nexus 5.

To look in more detail, we have THD+N Ratio charts for the stepped level sweep that we looked at earlier. First, lets look at the Nexus 5. 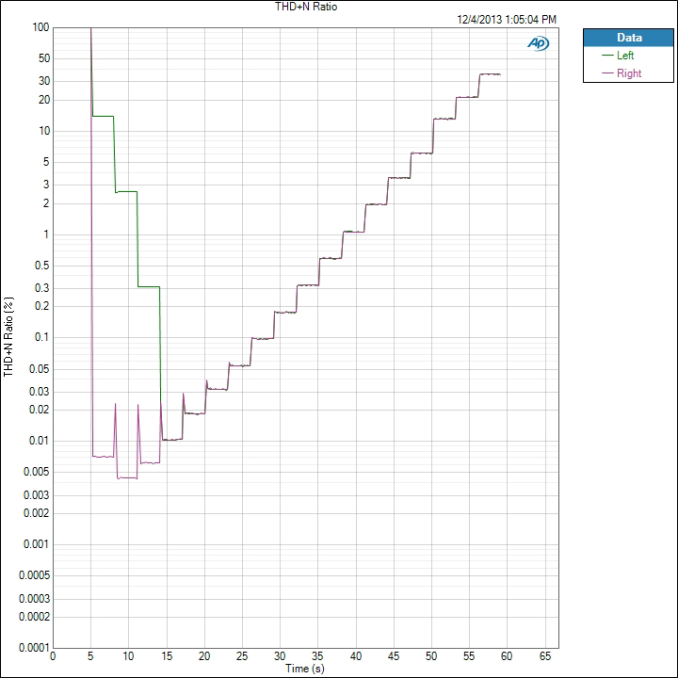 We see that the first three volume levels, 15-13, have THD+N distortion over 0.3% for the left ear, while they are below 0.01% for the right ear. From level 12 and below the THD+N levels are practically equal. Now to see how this data on the G2 looks. 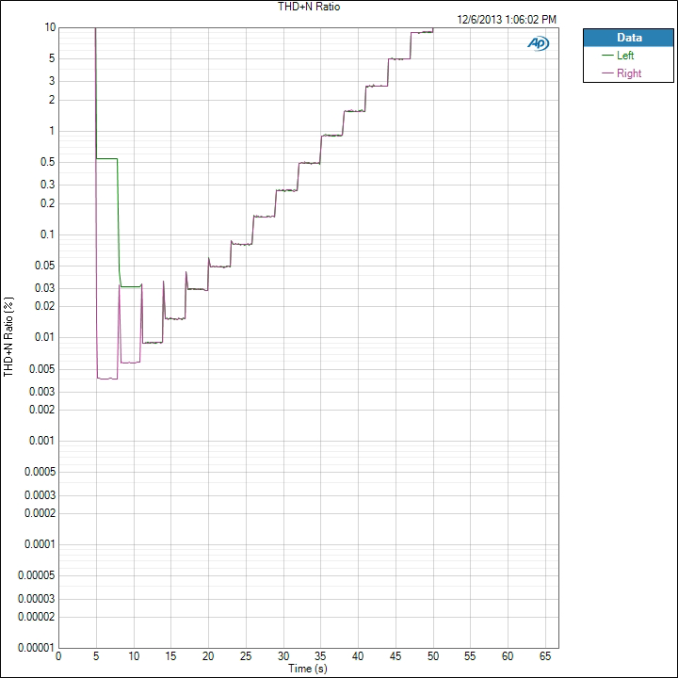 The conclusion I pull from this is that both the G2 and the Nexus 5 have the exact same flaw right now. However, the G2 has attempted to hide it by reducing the maximum output level of their headphone amplifier. The Nexus 5 can play louder, but only with far more distortion. Given this I would expect there to be an update to the Nexus 5 at some point that lowers the maximum headphone level to something closer to the G2.

However this doesn't mean that the Nexus 5 is certainly worse to use with headphones. The top 3 settings are ones I would avoid due to the left channel issue, but I might avoid the top 1-2 settings on the G2 as well. If we consider 1% THD+N to be the maximum allowable level, that leaves 8 volume steps on the Nexus 5 that are usable. The G2 has 9 steps that are available to you, and 10 if you consider 0.03% THD+N in one ear to be OK (it probably is).

In the end, the G2 won't play as loud as the Nexus 5 will, but you don't want to play that loud anyway. It has more usable volume steps than the Nexus 5, and otherwise very similar numbers. I'll be interested to see if either of them make further changes to their maximum output levels to remove this issue.