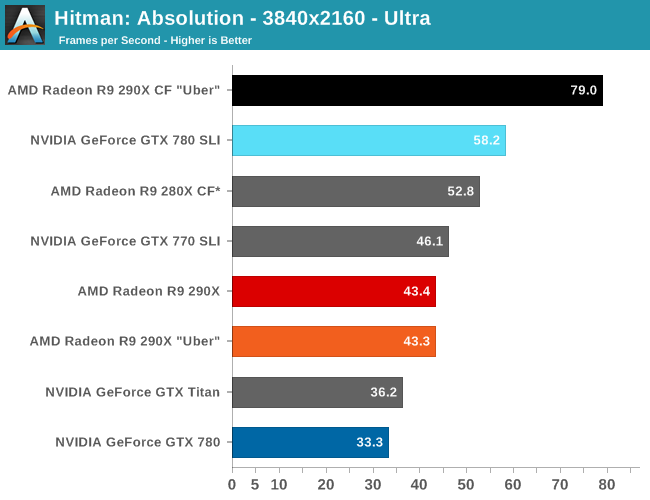 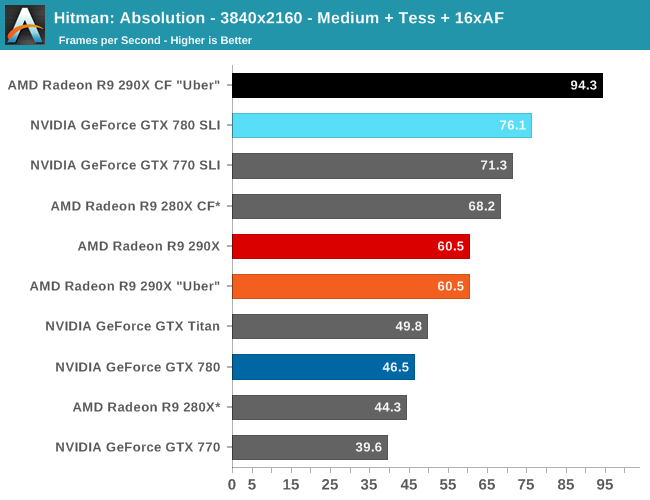 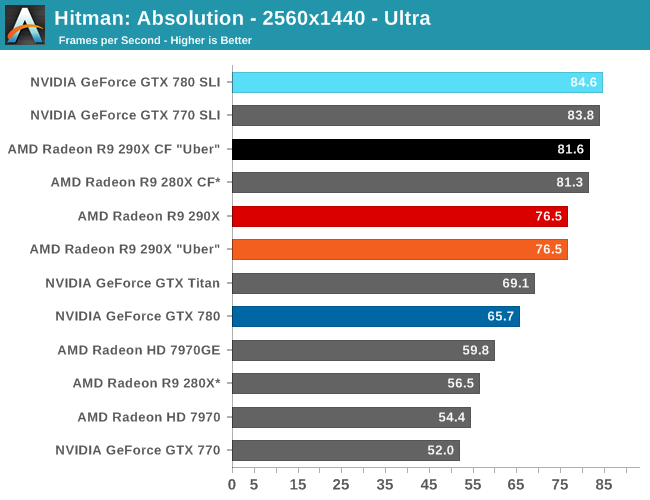 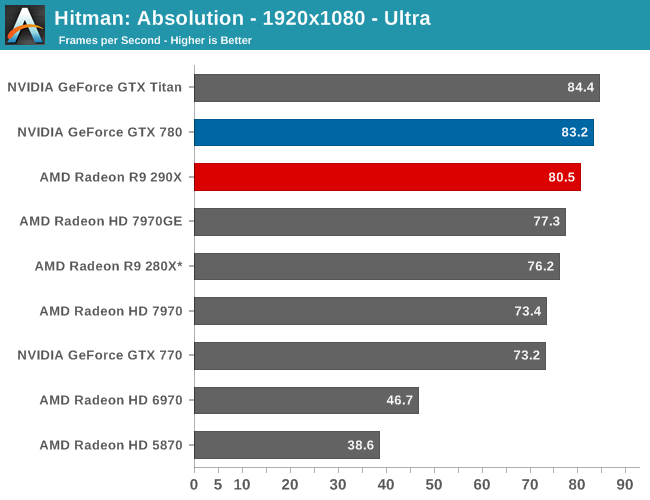 Hitman is another game that makes the 290X shine, with the 290X taking a 16% lead over the GTX 780. In fact we’re getting very close to being CPU limited here, which may be limiting just how far ahead the 290X can pull. However this also means there’s plenty of GPU headroom for enabling MSAA, which we don’t use in this benchmark.

Moving on to 4K, the 290X once again extends its lead, this time by among the largest such leads to 30% over the GTX 780. This is actually good enough for 43fps even at Ultra quality, but for better than that you’ll need multiple GPUs.

To that end we’re CPU limited at 2560, though for some reason the GTX 780 SLI fares a bit better regardless. Otherwise at 4K the GTX 780 SLI achieves better scaling than the 290X CF – 64% versus 56% –so while it can’t take the lead it does at least close the gap some. Though enough of a gap remains that the GTX 780 SLI will still come a bit short of 60fps at 4K Ultra settings, which makes the 290X CF the only setup capable of achieving that goal. 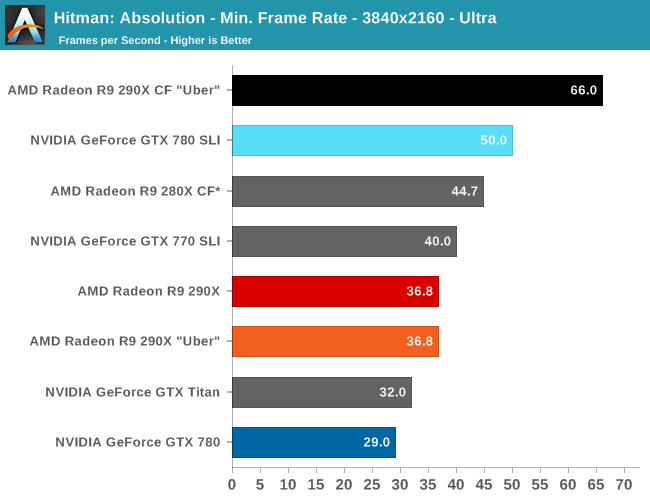 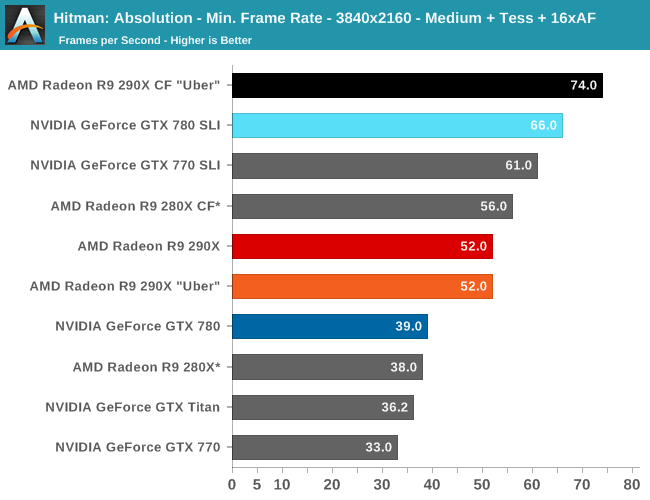 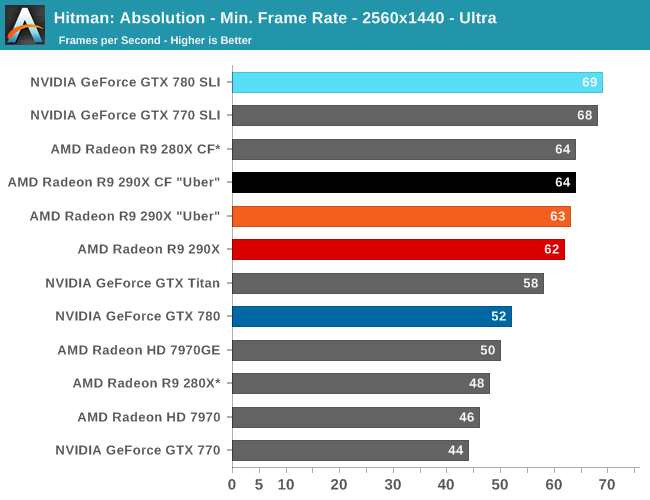 When it comes to minimum framerates the 290X is able to build on its lead just a bit more here at both 2560 and 4K. In both cases the performance advantage over the GTX 780 grows by a further 3%. 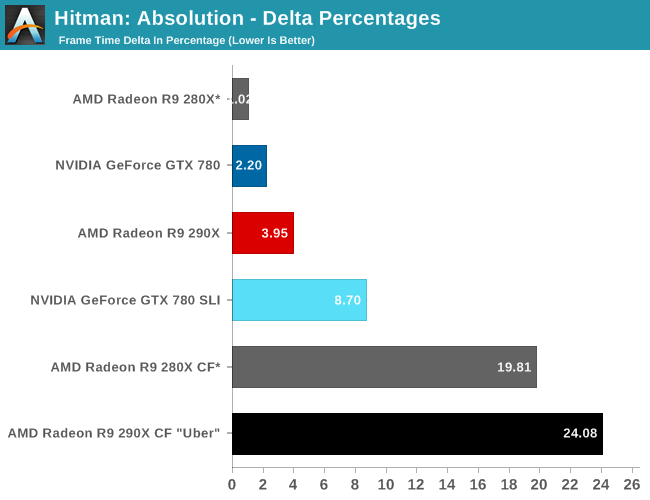 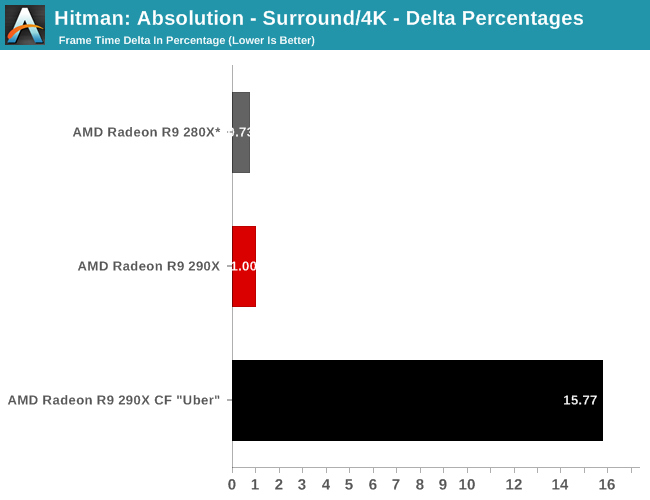 Finally, for our delta percentages we can see that unfortunately for AMD they are regressing a bit here. The variance for the 290X CF at 2560 is 24%, which is greater than what the 280X CF was already seeing, and significantly greater than the GTX 780 SLI. Consequently Hitman is a good example of how although AMD’s CF frame pacing situation is generally quite good, there are going to be games where they need to buckle down a bit more and get it under control, as evidenced by what NVIDIA has been able to achieve. Though it is interesting to note that AMD’s frame pacing at 4K improves over 2K, by over 8%.  AMD would seem to have an easier time keeping frame times under control when they’re outright longer, which isn’t wholly surprising since it means there’s more absolute time to resolve the matter. 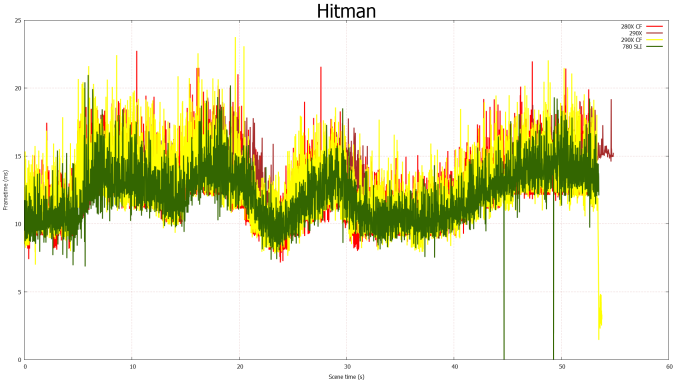 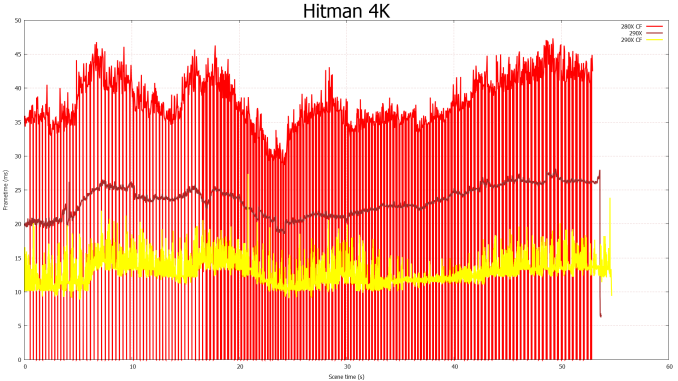