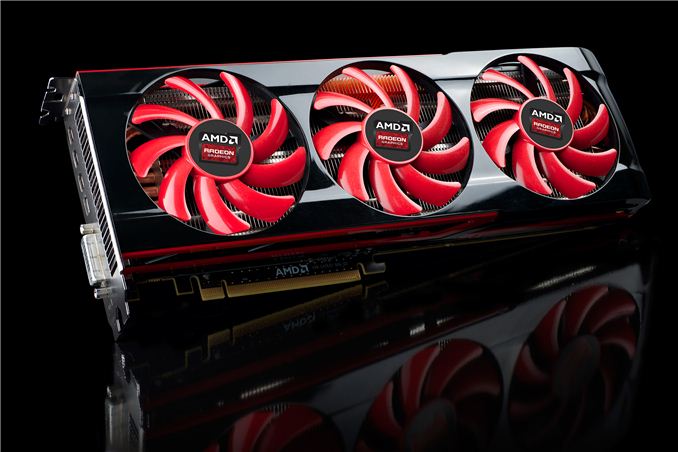 For the launch of AMD’s frame pacing enhanced Catalyst 13.8 drivers earlier this month, AMD’s partners were able to get reference 7990 cards down to as low as $799. That was $200 below the 7990’s official list price and still $100 cheaper than it was earlier in July. That alone is a fairly stiff price cut for a product that only launched less than 3 months prior.

However after doing our weekly price checks and noticing that prices were lower still, after poking some contacts we’ve been told that AMD has since then enacted a further official price cut, which in turn has already pushed down prices even further. Officially the price on the 7990 is being reduced to $799, which is the price we already saw it at last week. But as is usually the case, AMD is quoting the MSRP rather than the price their partners are actually paying for 7990. By taking a hit on their own margins AMD’s partners could hit $799 before this week’s price cut, and now with this new price cut in effect those same partners have room to lower prices once again.

The end result is that while the official MSRP on the 7990 is $799, street prices are consistently lower; much lower in fact. PowerColor and XFX have their respective reference models down to $669 and $699 after rebates respectively, while HIS, Gigabyte, and VisionTek are all $749 and lower without rebates. This gives the 7990 an effective price cut of somewhere between $250 and $330 since its launch 3 months ago, and around $100 cheaper than it was just last week. $799 was already a good deal 7990 for the product, so it goes without saying that this puts the card in an even better position.

AMD for their part isn’t in the business of giving away hardware, so significant price cuts like this are both a boon for buyers and a concern for the company. The timing of the 7990 launch – a product that should have ideally been released months earlier as opposed to coming after the release of FCAT – was undeniably poor. Consequently when we see this large of a price cut this quickly it hints to AMD sitting on a lot of unsold inventory, possibly a consequence of that weak launch, but in the end that’s a matter for AMD and their partners.

Ultimately $669 is by no means cheap for a video card – we are after all still talking about a luxury class dual-GPU card – but it does represent a not so subtle shift in the market. At these prices 7990 is no longer directly competing with NVIDIA’s GTX Titan and GTX 690, but rather we’re now seeing the 7990 priced a stone’s throw away from NVIDIA's lower end GK110 based card, the GTX 780. The GTX 780 was itself something of a spoiler for the $1000 GTX Titan, so at these prices the 7990 serves much the same role.

More importantly however is that AMD now has a direct counter for what’s technically NVIDIA’s fastest consumer card, no longer leaving NVIDIA unchallenged there. We won’t wax on about the performance of the two cards, but with AMD’s frame pacing improvements in play the 7990 is very strong contender for this segment. The wildcard, as always, is going to be faith in whether AMD will be able to continue quickly delivering performance-consistent Crossfire profiles for new games, a never-ending challenge for dual-GPU products.