The 11.6” Samsung display panel in my Air evaluation unit is actually the same one I had on my last MacBook Air, though the one before that had an LG panel. This is all based on the panel supply lottery, and while it’s been alleged that the Samsung is a superior quality panel in terms of contrast and viewing angles, I honestly can’t say there’s too much of a difference overall between the two. I’ve never had them side-by-side, and color calibration can certainly skew visual perception significantly, so let’s just say that your mileage may vary. If you don’t like the panel you get, take it back and try another one—Apple Stores seem to cater to discerning customers (or they have with me). 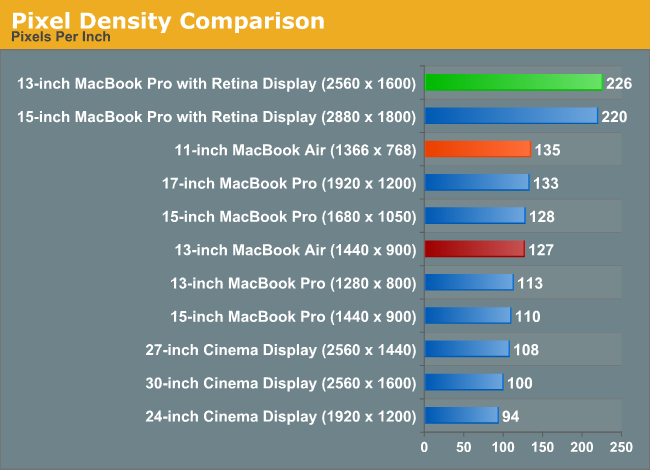 Obviously, given our familiarity with the Air 11”, there’s nothing surprising here with the 2013 edition. It’s roughly the same as the last few we’ve had, beyond standard panel to panel variations. Contrast ratio and color reproduction are pretty decent, as they were before, and viewing angles are solid by the standards of TN panels. This is still the best 11.6” TN panel I think I’ve come across, but it’s been eclipsed many times over by the 1080p IPS 11.6” panels that are shipping in basically any higher-end 11.6” Ultrabook these days. 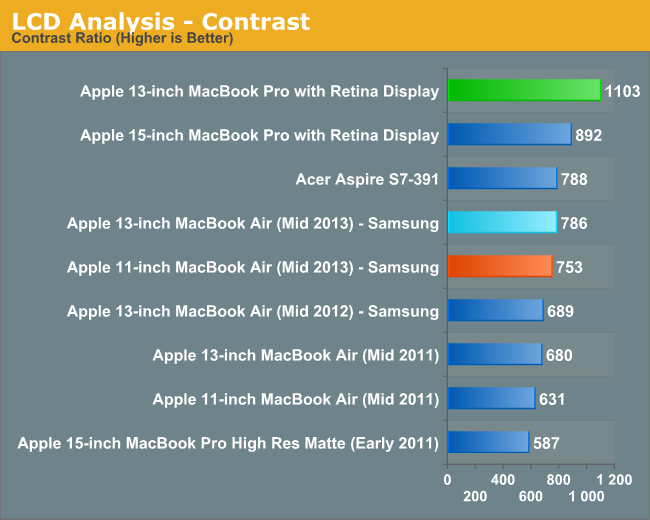 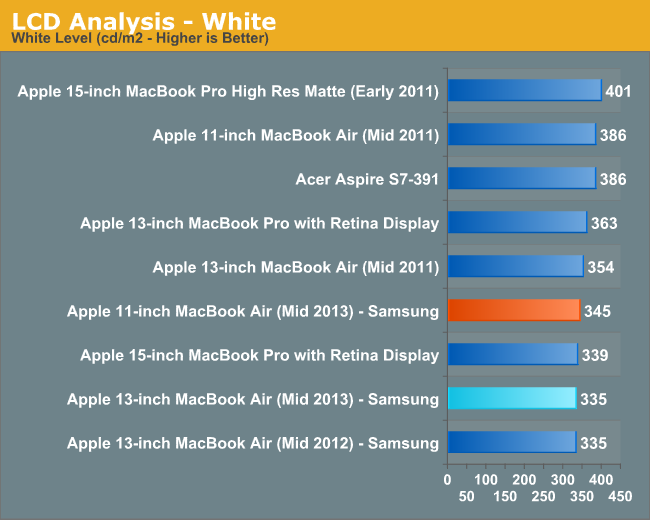 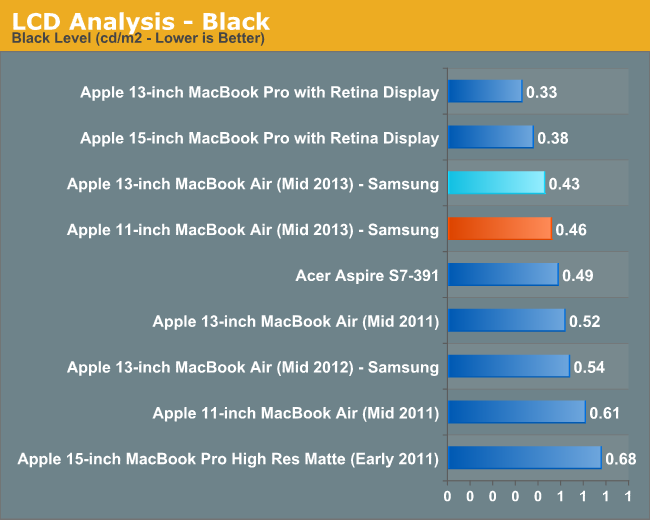 This is probably the biggest issue that I have with the 11” Air. The 11.6” 1366x768 TN panel was industry standard when the first Air 11” hit the market, and the panel quality was actually pretty decent. The display size, pixel density, and aspect ratio each specifically aren’t bad on their own, but the combination results in a pretty unsatisfying viewing experience in this day and age. I’ve never liked the 1366x768 resolution for notebook displays, regardless of panel size; the lack of vertical pixels just kills it for me. Even 1280x800 in the 13” MacBook Pro (non-Retina) is better. I don’t mind 16:9 as an aspect ratio, even at this size, but I just want more pixels. That’s really the biggest part of what makes the 13” so much more usable, the 1440x900 display in that also won’t blow you away in terms of dot pitch or even visually when compared to the Retina MacBook Pro or a modern Ultrabook, but it offers a much more pleasant experience than this 11.6” panel.