Bringing things to a close, in the last month NVIDIA has launched three different video cards, carving out the GeForce GTX 700 series. As the final and cheapest card in that launch window, GTX 760 is going to be the most affordable and highest volume card, and also the card that that will face the most competition from AMD. By launching a refresh card at a time when AMD is going to be sitting it out, NVIDIA essentially gets to dictate in what environment their products will launch and what their competition will be. NVIDIA doesn’t get to rewrite the laws of physics and is ultimately beholden to GPU clockspeeds, power consumption, and yields like anyone else, but they can still exercise a great deal of control through the clockspeeds and prices they set.

To that end this launch is a great deal like the GTX 770 launch last month, with NVIDIA improving performance, lowering prices, and putting AMD on the defensive all at the same time. Thanks to these performance improvements and price cuts, the GTX 760 ends up coming within 3% of the soon to be retired GTX 670 and easily surpasses the GTX 660 Ti, all the while coming in at a price well below both at $249. Like most mid-cycle upgrades this is more about bringing existing performance levels down to new prices, and to that end NVIDIA has delivered on those goals. Ultimately it’s not a new level of performance, but it’s a new price for what a few months ago would cost $350 or more. 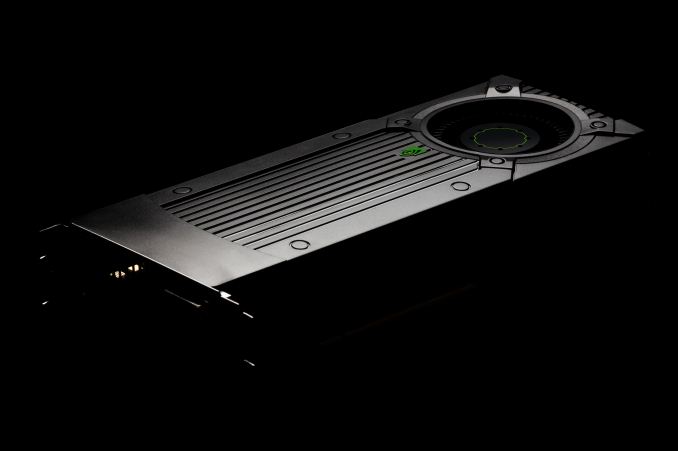 With that said, like any good refresh the presence of the 700 series and the retirement of the 600 series looks to shake up the market, and once more AMD is going to be on the receiving end here. Rather unlike the GTX 770 versus the 7970 GHz Edition, the GTX 760 is not tied with any AMD product. At 1080p it is clearly ahead of both the stock and boost versions of the 7950, by 13% and 8% respectively. This is by no means a commanding lead and AMD still offers better performance in some cases, but on average the GTX 760 is faster, quieter, and $30-$50 cheaper than AMD’s closest competitor.

As a result the competitive landscape is clearly in NVIDIA’s favor for the time being. AMD has their Never Settle Reloaded bundle to boost the value of the 7950, and if this was a repeat of the GTX 660 Ti launch – where the two cards were tied – then that strategy would be solid. Ultimately with such a large game bundle only the individual buyer can truly assign a value to AMD’s bundle, but in this case we believe AMD can’t afford to be slower and more expensive at the same time. At current prices NVIDIA’s GTX 760 has AMD beat, in essence repeating the GTX 670 launch by once more undercutting the 7950.

Wrapping things up, having established the GTX 760’s current control of the $250 price point let’s talk about the wider market for the GTX 760. As a mid-cycle refresh the performance gains over the 600 series won’t knock anyone’s socks off, but then like most mid-cycle refreshes this isn’t a product targeted at existing 600 series owners. Rather this is targeted at buyers looking to upgrade their older 55nm/40nm generation video cards, or with the recent launch of Haswell, putting together a new system outright.

With a $249 price tag the GTX 760 is most straightforward successor to enthusiast cards like the GTX 560 Ti and GTX 460 1GB. In the case of the former, now one full cycle old, the performance gains are solid, with GTX 760 improving on the GTX 560 Ti by about 67%. This isn’t exceptional by any means (the GTX 570 to GTX 770 was 75%) but it’s about average for a 2 year (generational) improvement. Otherwise for a true doubling we’ll have to wait for one more year, as evidenced by the better than 100% performance gains over the 3 year old GTX 460 1GB.