With a modest increase in EU hardware (20 EUs up from 16 EUs), the Intel HD 4400 GPU in the Core i7-4500U I’m testing today isn’t tremendously faster compared to the HD 4000 in the i7-3517U. On average I measured a 15% increase in the subset of game tests I was able to run in Taipei, and a 13% increase in performance across our 3DMark tests. The peak theoretical increase in performance we should see here (taking into account EU and frequency differences) is 19%, so it doesn’t look like Haswell is memory bandwidth limited just yet. 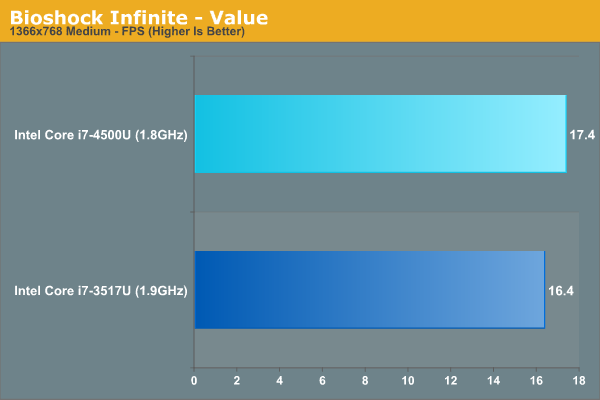 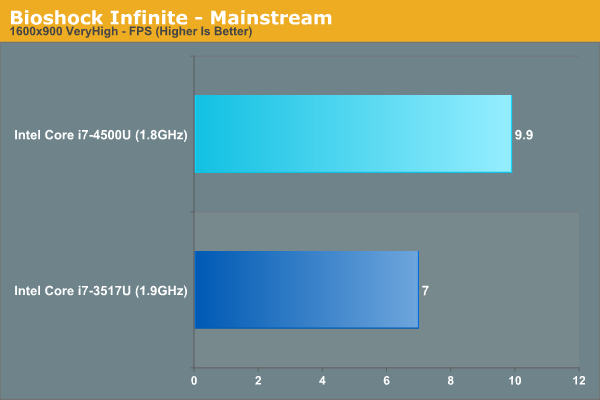 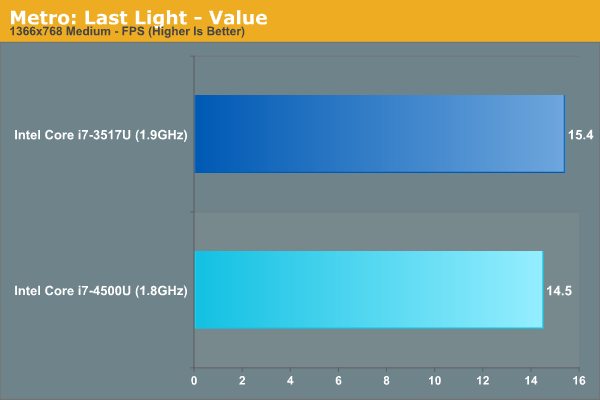 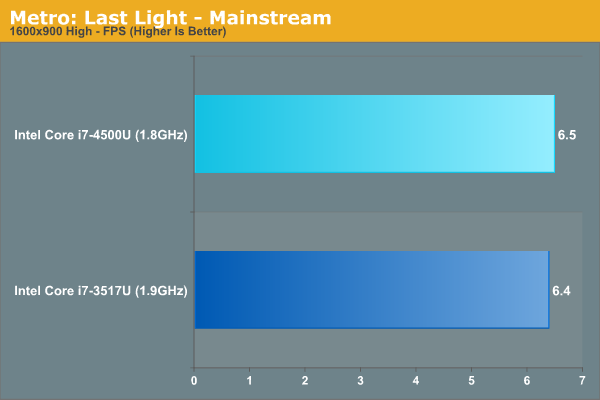 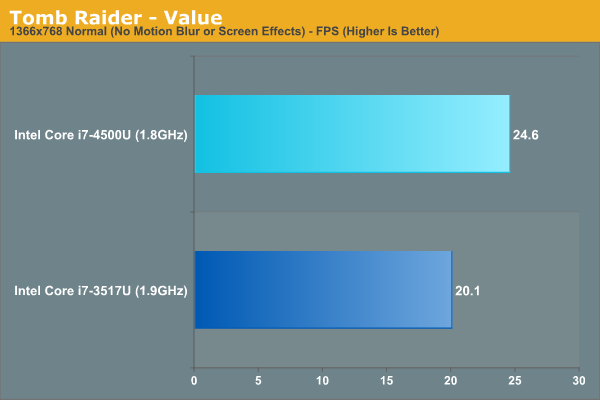 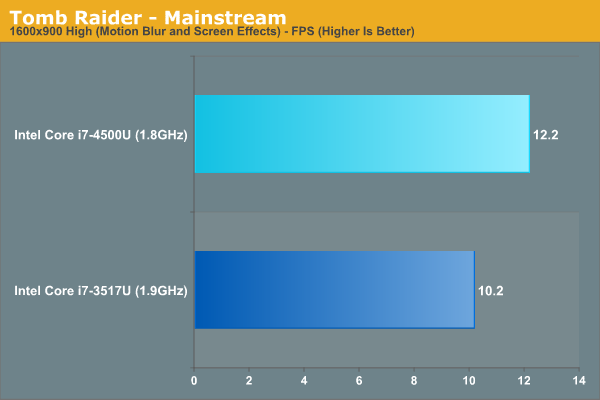 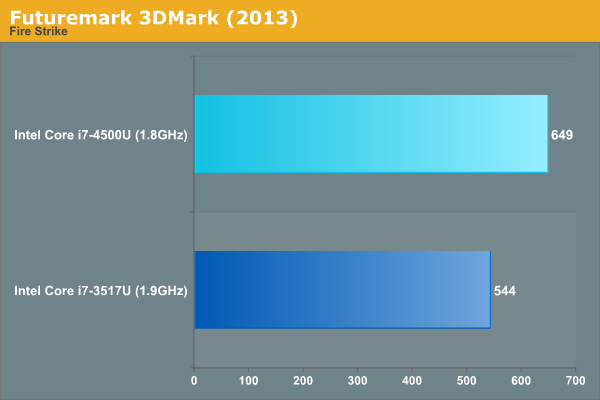 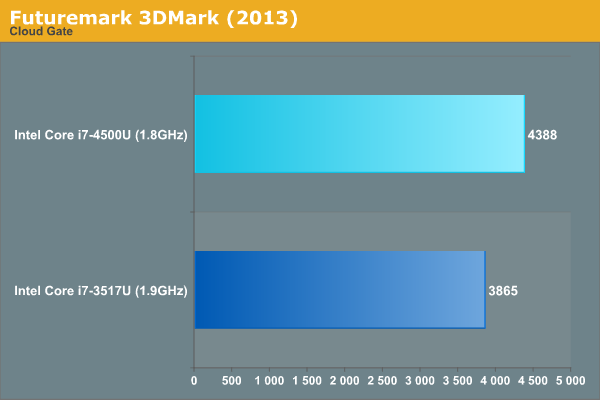 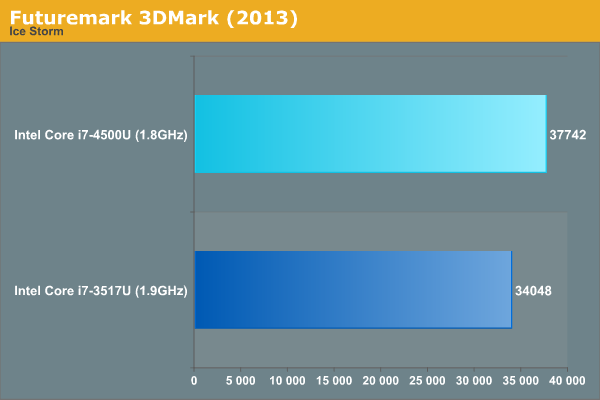 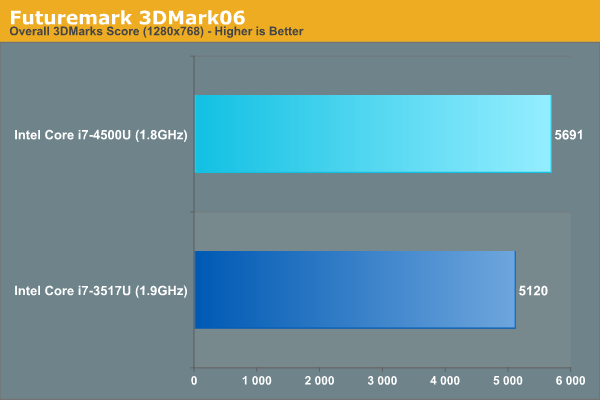 If we throw 35W Trinity into the mix, HD 4400 gets closer but it's still far away from 35W Trinity performance: