Intel sort of dropped this CRB off without anything to compare it to, so I scrambled over the past week looking for things to put Iris Pro’s performance in perspective. The obvious candidate was Apple’s 15-inch MacBook Pro with Retina Display. I expect its successor will use Iris Pro 5200, making this a perfect comparison point. The 15-inch rMBP is equipped with a GeForce GT 650M with a 900MHz core clock and a 5GHz memory datarate.

I also dusted off a GeForce GT 640 desktop card to shed a little more light on the 650M comparison. The 640 has a slightly higher core clock (925MHz) but it only has 1.7GHz DDR3, working out to be 27GB/s of memory bandwidth compared to 83GB/s for the 650M. Seeing how Iris Pro compares to the GT 640 and 650M will tell us just how good of a job Crystalwell is doing.

Next up is the desktop Core i7-4770K with HD 4600 graphics. This is a Haswell GT2 implementation, but at a much higher TDP than the 47W mobile part we’re comparing it to (84W). In a notebook you can expect a much bigger gap in performance between the HD 4600 and Iris Pro than what we’re showing here. Similarly I also included a 77W HD 4000 for a comparison to Ivy Bridge graphics. 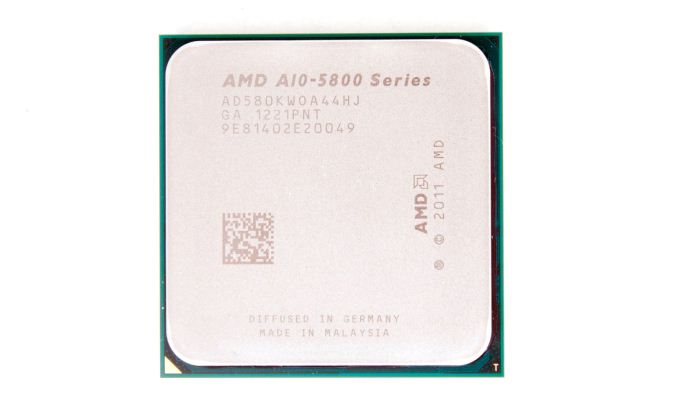 On the AMD front I have the 35W A10-4600M (codename Trinity), featuring AMD’s 7660G processor graphics. I also included the 100W A10-5800 as a reference point since we were largely pleased with the GPU performance of Trinity on the desktop.

I listed TDPs with all of the parts I’m comparing here. In the case of the GT 640 I’m adding the TDP of the CPU (84W) and the GPU (65W). TDP is half of the story with Iris Pro, because the CPU, GPU and eDRAM all fit into the same 47W power envelope. With a discrete GPU, like the 650M, you end up with an extra 45W on top of the CPU’s TDP. In reality the host CPU won’t be running at anywhere near its 45W max in that case, so the power savings are likely not as great as you’d expect but they’ll still be present. 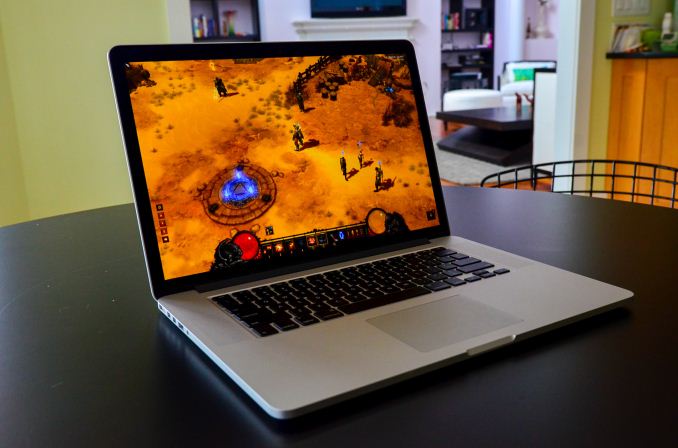 At the request of at least one very eager OEM, Intel is offering a higher-TDP configuration of the i7-4950HQ. Using Intel’s Extreme Tuning Utility (XTU) I was able to simulate this cTDP up configuration by increasing the sustained power limit to 55W, and moving the short term turbo power limit up to 69W. OEMs moving from a 2-chip CPU + GPU solution down to a single Iris Pro are encouraged to do the same as their existing thermal solutions should be more than adequate to cool a 55W part. I strongly suspect this is the configuration we’ll see in the next-generation 15-inch MacBook Pro with Retina Display. 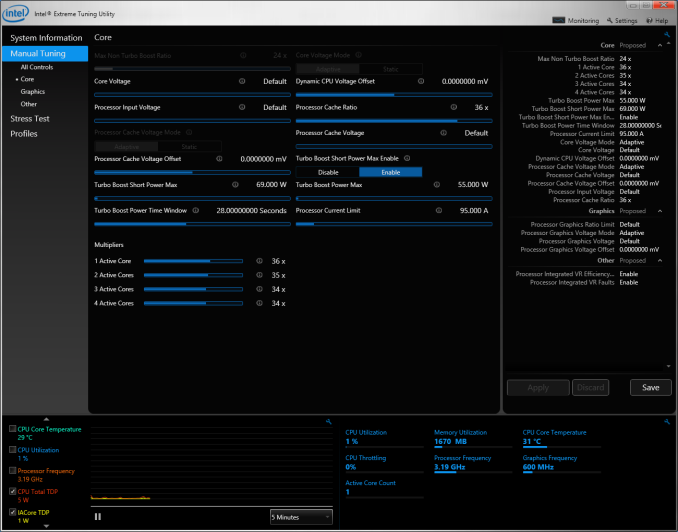 To remove as many bottlenecks as possible I configured all integrated GPU options (other than Iris Pro 5200) with the fastest supported memory. That worked out to being DDR3-2133 on desktop Trinity and desktop IVB, and DDR3-2400 on desktop Haswell (HD 4600). The mobile platforms, including Iris Pro 5200, all used DDR3-1600.