Today we’ll be looking at two cards, AMD’s reference card and Sapphire’s customized HD 7790 Dual-X OC. As is typical for cards in this price segment, the designs are relatively simple and as such only a few partners will be using the reference design as opposed to rolling their own designs. At the same time AMD is pushing their partners’ factory overclocked cards hard – we have the Sapphire and then 3 more on their way – but it’s important to keep in mind that not every last 7790 will be factory overclocked. So AMD’s Spartan reference card is a good example of baseline 7790 performance will be like, including how well it performs with a simple, single-fan open air cooler.

As we alluded to a moment ago, AMD’s reference 7790 is a spartan card. At under 7” long it’s actually shorter than the 7770 and has more in common with the 7750 as far as board length goes. Cooling is provided by a small open air cooler, composed of a circular heatsink with copper heatpipes running up from the base of the card and into the heatsink fins. At the center is a single, small fan responsible for providing the airflow for the card. Meanwhile towards the front of the card we find a small upright heatsink, providing the minimal cooling necessary for the MOSFETs regulating power for the card. 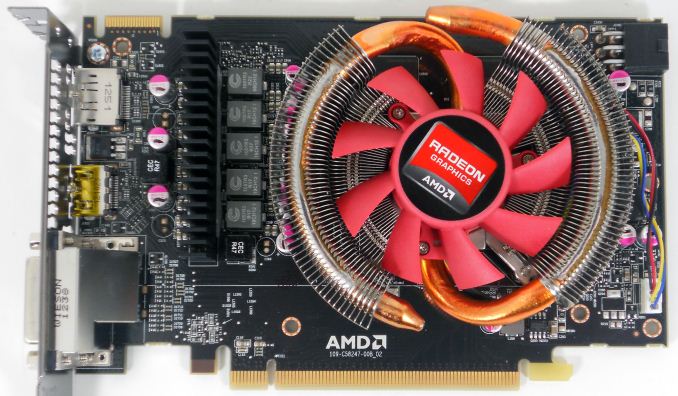 As we’re looking at a 128bit card, memory is provided by 4 6GHz Hynix GDDR5 memory modules, placed on the front of the card underneath the heatsink. A lot of AMD’s partners will be shipping their cards with the memory overclocked to 6.4GHz, which is a fairly common overclock for Hynix’s GDDR5 modules these days.

Elsewhere on the card we can see the sole 6pin PCIe power socket, pointing towards the rear of the card. The 7790 does draw more power than the 7770, and while total power consumption is fairly low, it’s still over 75W and hence requires external power. Meanwhile at the top of the card we can see a single CrossFire connector. AMD believes offering CF here when NVIDIA’s closest product doesn’t (the GTX 650 Ti) is a marketable advantage, but CFing a 1GB card in 2013 strikes us as a poor idea. 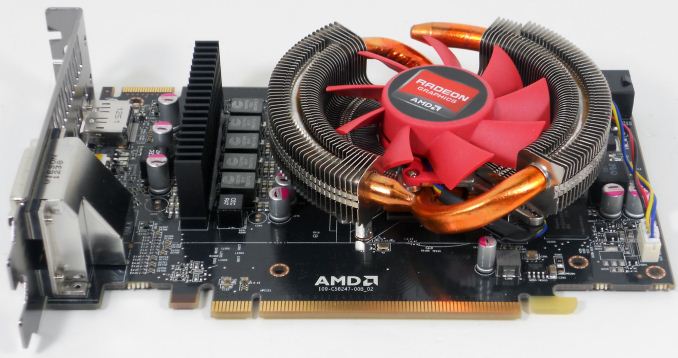 Finally, for display connectivity AMD has deviated from the rest of the 7000 series a bit. The 7700 and 7800 series used a single row of display connectors, typically composed of an HDMI port, a DL-DVI-I port, and 2 miniDPs. With 7790 however AMD is dropping the miniDPs in favor of one full-size DisplayPort, and at the same time they’re bringing back the stacked DVI connector.

Taking up space on the 2nd slot of the card’s bracket is a DL-DVI-D port, giving us the first AMD card with two DVI ports in this price range in some time. Note that while Bonaire can drive up to 6 displays it can only drive 2 TMDS-type displays (DVI/HDMI), so the second DVI port can only be used if the HDMI port is not in use.

Moving on, we’re also taking a look at a partner card today, Sapphire’s HD 7790 Dual-X OC. Virtually every partner is releasing a factory overclocked card of some kind with their own take on the design, but Sapphire’s 7790 should be a good representation of what to expect given how similar many of the 7790 designs are. 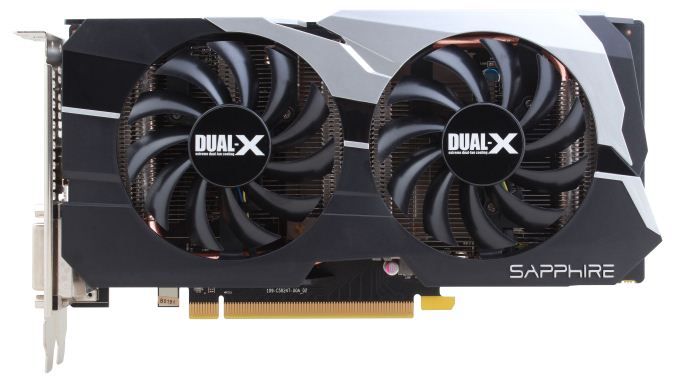 To that end Sapphire’s Dual-X cooler is your fairly standard twin fan design, utilizing a pair of shallow fans mounted over an aluminum heatsink that runs over the length of the card. A pair of copper heatpipes run from the baseplate over the GPU to the heatsink, with the entire solution serving as an open-air cooler. Note that while Sapphire is using AMD’s reference PC design here, they have lengthened their PCB to match the length of their heatsink, and to allow them to turn the PCIe socket 90 degrees so that it now is against the top of the card rather than the rear. 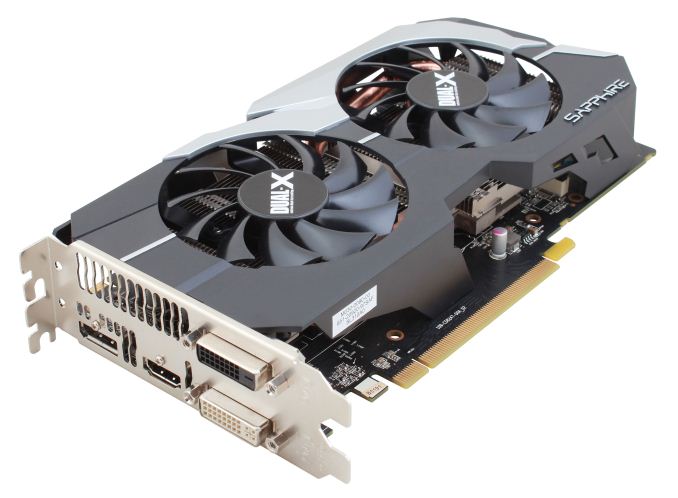