Unboxing and Hardware in Action

The striking aspect of the ioSafe N2 is, like the SoloPRO, its sheer weight. In addition to being fire and water-resistant, this makes it extremely unattractive as a target for theft during break-ins. There is a Kensington security slot, but the floor mount kit which was integrated in the SoloPRO is strangely made an optional accessory in this product. Unlike the SoloPRO, there is no curved front piece, but the industrial design is still excellent while making the internal disks user-accessible. All the external ports available in the DS213 are also available in the ioSafe N2. However, the locations of the ports have been modified to suit the new chassis. 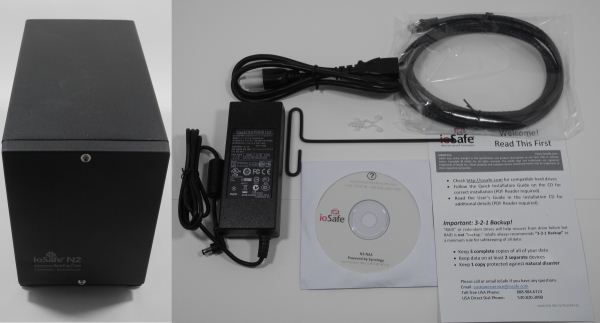 The power switch / LED indicators, a USB 2.0 port and a SD card slot make up the bottom of the front face. The rear segment has two USB 3.0 ports, a 10/100/1000 Mbps RJ-45 port and a power adapter connector.
The Kensington slot also makes an appearance here. A ventilation fan takes up the remaining space on the rear panel. Along with the main unit, we also have a 72W DC power adapter, a 6 ft Cat 5 Ethernet cable, setup CD, a welcome guide and a specialized Allen wrench to use with the screws in the ioSafe N2.

Gallery: In & Around the ioSafe N2

One of the advances made by ioSafe with the N2 is the fact that the hard disks are user-accessible. This means that the end-user has visibility into the components which provide fire and water resistance to the disks. Upon removing the front face of the N2, we find the DataCast material on the rear side of the front panel as well as around the hard drive bays in the main chassis.

The hard drives are behind another layer of protection. This panel has a rubber gasket all along its perimeter to ensure that any water which makes it past the front panel doesn't get into the hard drive compartment.

Getting the hard disks out is just a matter of removing two more screws holding the hard drive panels in place. Our review unit came bundled with two Seagate ST3100524AS drives which are dual platter 1 TB drives. The hard drives are mounted on a solid aluminium base (great for conducting heat away from the HDDs) with screw slots on the sides for 3.5" drives. It would have been nice to have four screw slots on the base for 2.5" drives also.

One of the aspects to be noted by prospective consumers is the fact that the list of compatible HDDs is narrowed down from Synology's compatibility list. This is due to the fact that not all HDDs can keep data safe at the temperatures which the unit might be subjected to during a fire. The ioSafe N2 does provide fire resistance, but ioSafe did find that some of the HDDs were not reliable enough after being subjected to high temperatures. The compatibility list takes some searching to find out, and I have linked it here for convenience.

Even though the ioSafe N2 came bundled with Seagate HDDs, we decided to replace them with our standard test drives, the Western Digital RE 4TB version (WD4000FYYZ) in order to keep benchmark numbers consistent across different NAS units. The WD4000FYYZ is also in the compatibility list provided by ioSafe. 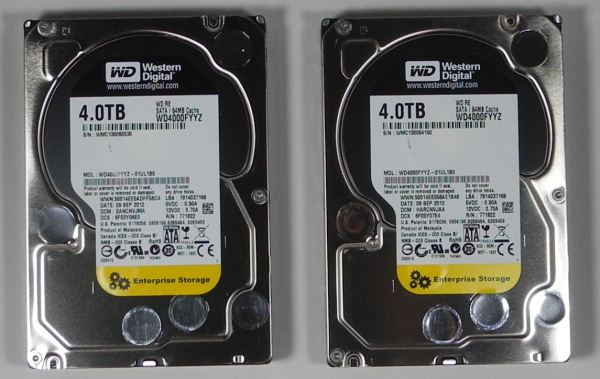 For the ioSafe N2, an updated version of the DataCast component is being used. This design allows for more water to be part of the mixture, and we can even see water droplets forming on the inside after operating the unit for a short time. The more water we have in the surrounding material, the better is the fire resistance. 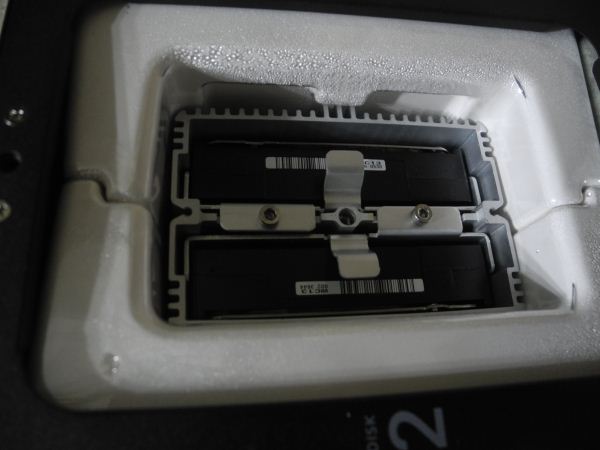 We now move on to the benchmark numbers.