Now the fun stuff. Doing power profiles of our standard benchmarks gives us good insight into how well each vendor was able to balance peak performance and average power. In general it's ok to burn more power for a short amount of time as long as it means you'll get to sleep quicker. This was one of the fundamentals of the first transition to mobile from the early 2000s. 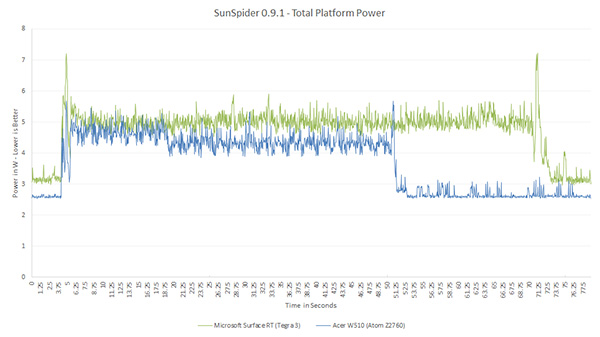 We already know that Intel completes SunSpider quicker thanks to its improved memory subsystem over the Cortex A9, but it also does so with much better average power (3.70W vs. 4.77W for this chart). A big part of the average power savings comes courtesy of what happens at the very tail end of this graph where the W510 is able to race to sleep quicker, and thus saves a good deal of power.

I also used SunSpider as an opportunity to validate the results from Intel's tablets with my own review samples. To generate this chart I measured power, every second, at the wall with both devices plugged in and with a fully charged battery. The resulting power consumption numbers include the efficiency loss at the AC adapter but the general curve shoud mimic the results above: 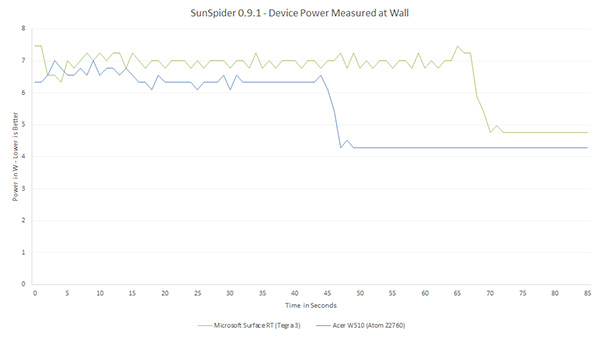 Note that the results do generally line up, although measuring at the battery gives more accurate results for the device and using the NI DAQ I was able to get better granularity on the power measurements. 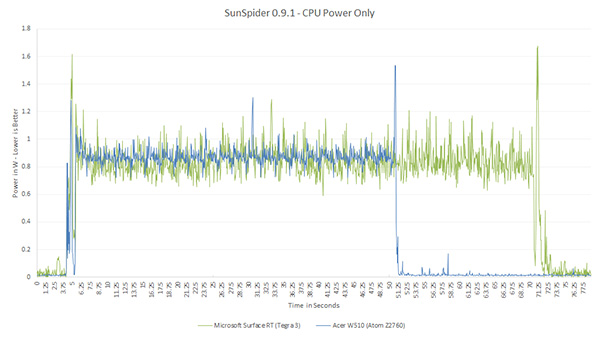 Looking at CPU level power consumption we see a very even match between Atom and Tegra 3. Intel's advantage really comes from being able to complete the workload quicker (0.52W compared to 0.72W on average). 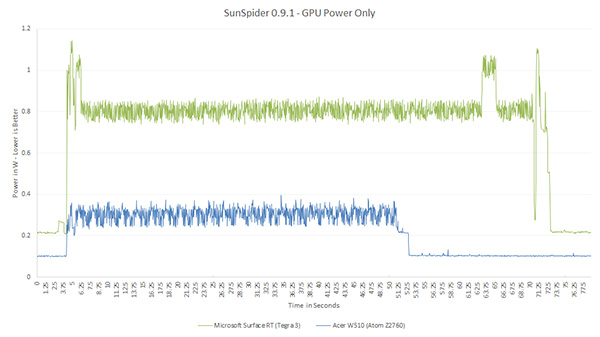 Once again we see a pretty significant difference in power consumption on the GPU rail between these two platforms.

Mozilla's Kraken benchmark is a new addition to our js performance suite, and it's a beast. The test runs for much longer than SunSpider, but largely tells a similar story: 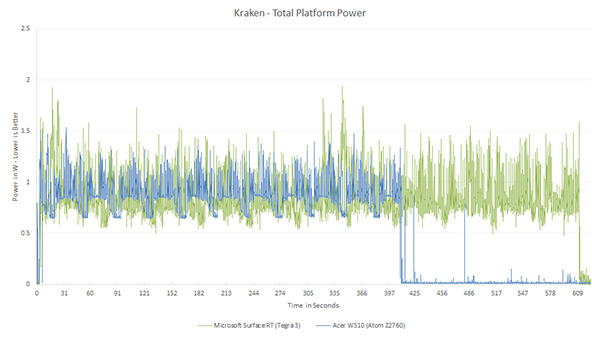 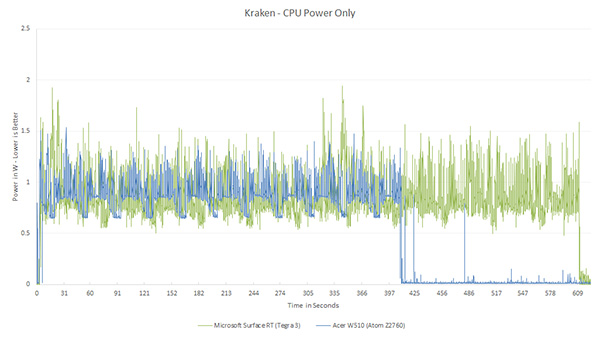 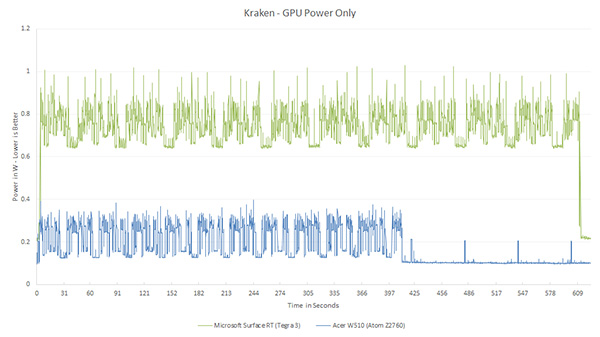 RIABench's Focus Tests are on the other end of the spectrum, and take a matter of seconds to complete. What we get in turn is a more granular look at power consumption: 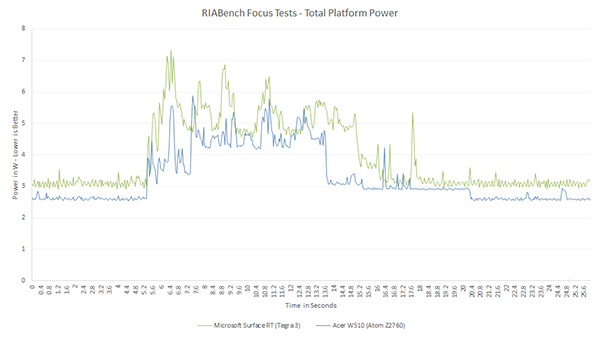 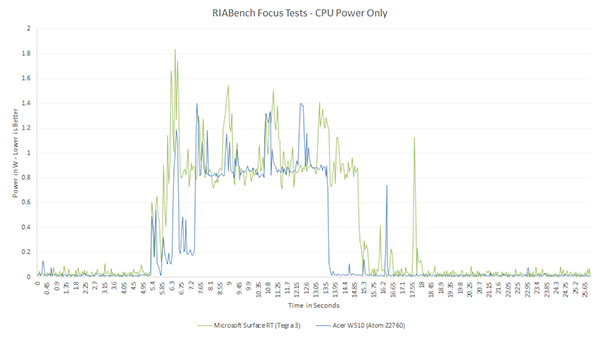 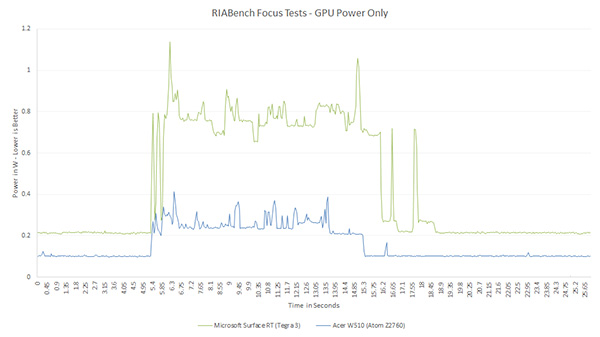