The display on the Nexus 4 is another shared component between the Optimus G, and is a 4.7-inch IPS WXGA (1280x768) LCD, which is of course home to an RGB stripe and in-cell touch, or as LG calls it, "zerogap" touch. LG Display unsurprisingly knows how to make LCD displays, and the Nexus 4 display looks subjectively very good. At 320 PPI I can’t see any pixels, and don’t think we need to get into the whole visual acuity discussion again, it’s very good on the Nexus 4. The added width over straight 720p is something I noted was actually very refreshing on the Optimus G when playing with that device in Korea. Most apps scale appropriately and take advantage of it without any issue, and the extra width definitely is noticeable in Chrome, Plume, and all my daily drivers. 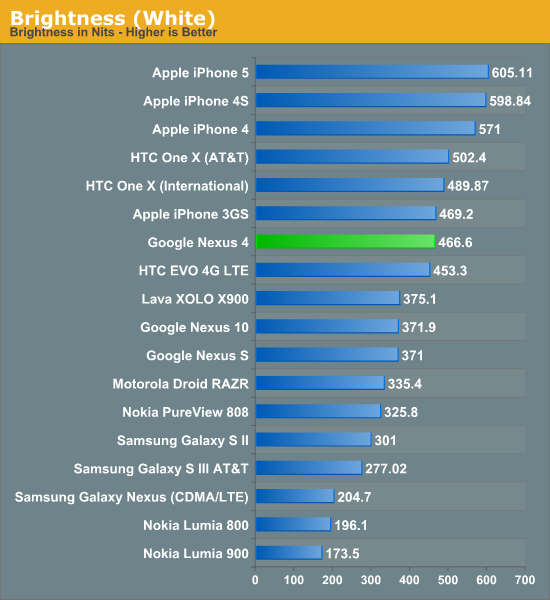 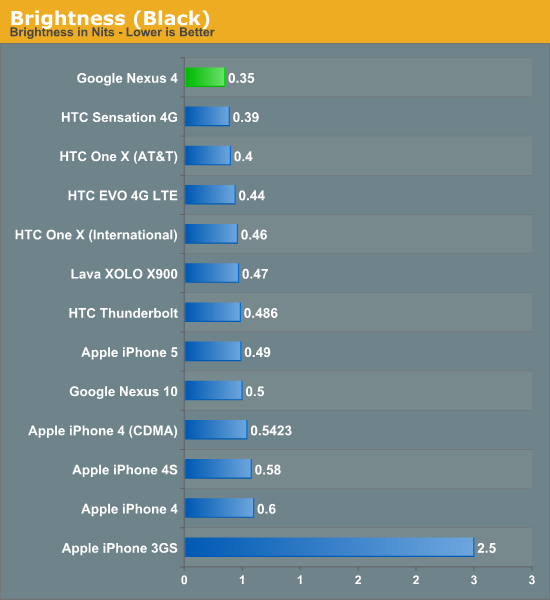 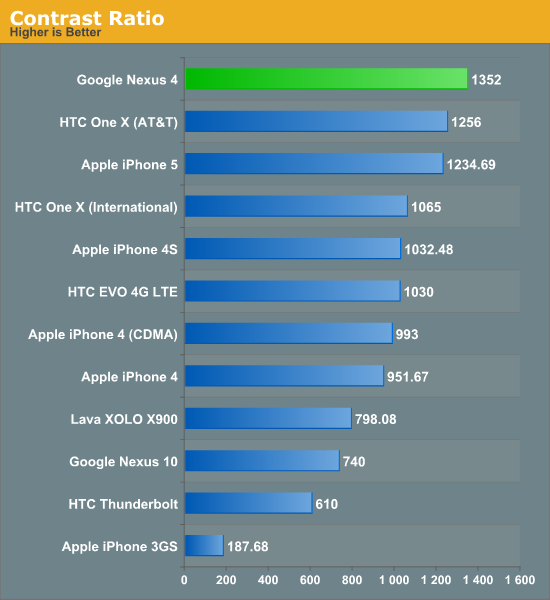 The Nexus 4 display goes very bright, at 466 nits, and achieves a contrast ratio of 1352:1 at that maximum brightness setting. This is a huge step over the barely 200 nits that the Galaxy Nexus could eek out.