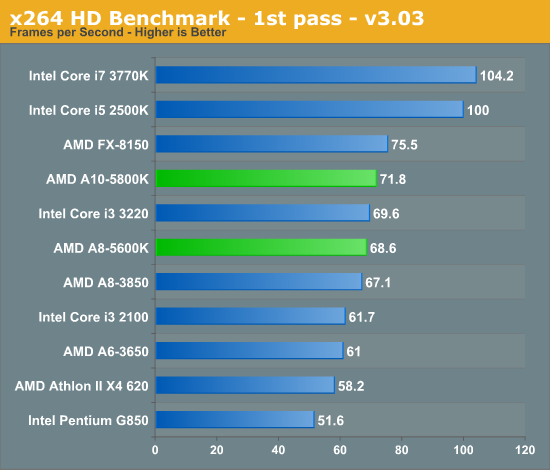 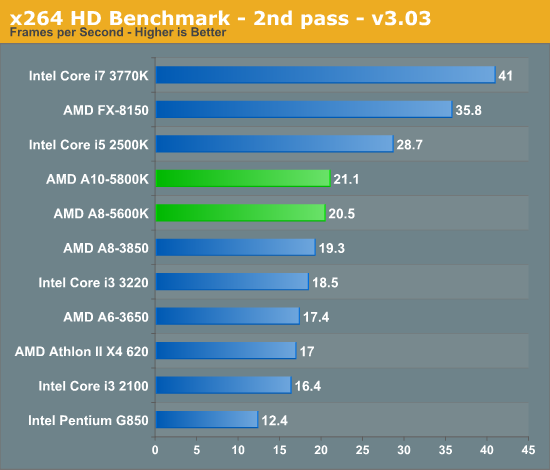 CPU based video transcode performance is as good as it can get from AMD here given the 2/4 module/core setup of these Trinity APUs. Intel's Core i3 3220 is a bit slower than the A10-5800K. We're switching to a much newer version of the x264 HD benchmark for our new test suite (5.0.1). Some early results are below if you want to see how things change under the new test: