Now it's time to look at the Samsung SSD 840 itself. Performance differences between different capacities are tangible. Sequential write speed in particular increase with larger capacities. With MLC NAND based SSDs 256GB and 512GB models usually perform around the same because 256GB of NAND is able to saturate the limits of the controller but as TLC NAND has longer program times, you will need more NAND dies to hide the additional latency.

Performance wise the 840 does well but can't challenge the 840 Pro. Read performance is actually nearly on-par with the 840 Pro but write performance is behind due to the use of TLC NAND. I should add that write speeds are still adequate for a consumer drive. In some ways, the 840 can still be a healthy upgrade from the 830. Even though sequential write speed is lower, the increase in random read and write speeds can compensate. Still I suspect most 830 users will want to upgrade to the 840 Pro at least, if they choose not to wait for the next generation of SSDs.

Pricing isn't as aggressive as it could be but keep in mind that the above prices are suggested retail prices. Street prices can easily be ~$20 less and I wouldn't be surprised to see the 120GB SSD 840 retailing for less than $100 (and even $70-80 when on sale). Also note that we're still very early in the production of TLC NAND. Over time you can expect a more appreciable difference in pricing between TLC and MLC NAND. 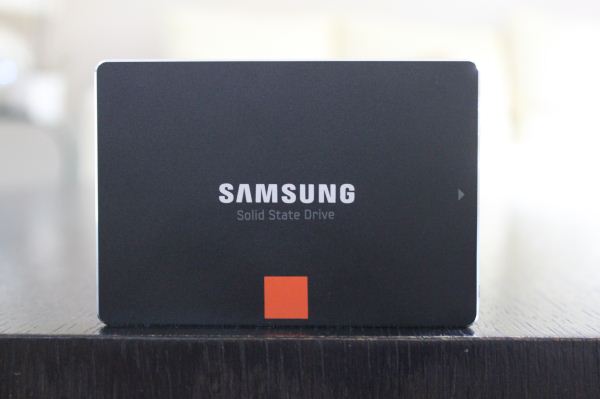 Based on the chassis alone you can't really tell the difference between the 840 and 840 Pro. Both use a similar matte black plastic design. The 840 measures in at 7mm tall as well, just like the 840 Pro. It's only when you flip the drive around that you can see that it's actually an 840 and not 840 Pro. 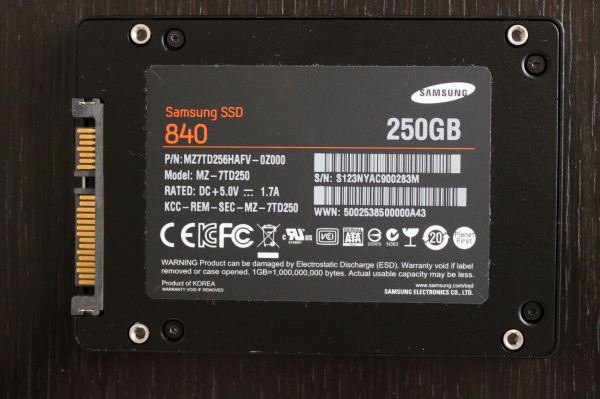 Unfortunately, we don't have any pictures of the internals at the moment. Samsung uses special pentalobe screws (similar to MacBook Air) and finding suitable screw drivers in Finland isn't as easy as in the US. In order to get the review out as soon as possible, we decided not to wait for the screwdriver to arrive from the US. We are, however, looking at a PCB that's indentical to the 840 Pro (i.e. eight 32GB TLC NAND packages). The only difference are NAND part numbers. 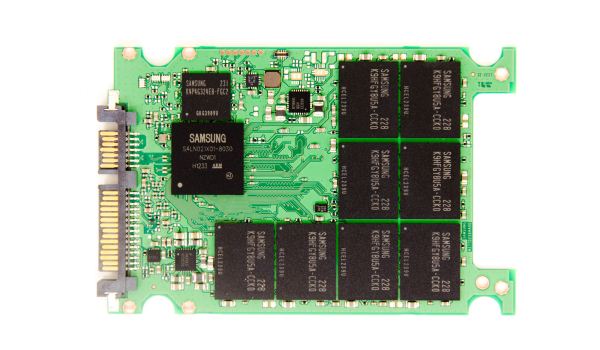