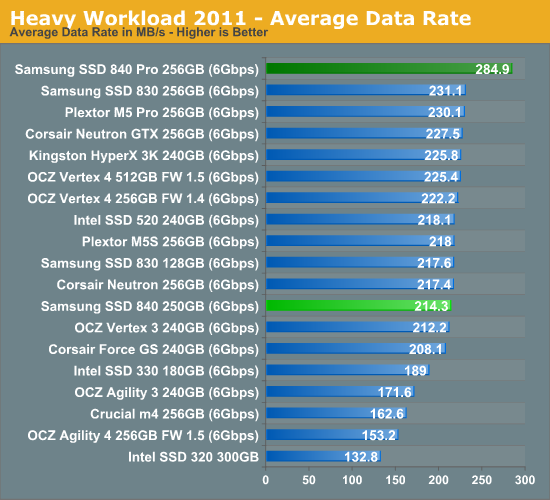 The 840 is quite average in our Heavy suite and performs similarly to most SandForce drives. The 840 Pro is a lot faster under heavy workloads, so it should be obvious by now why Samsung is offering two SSDs instead of one like they used to. 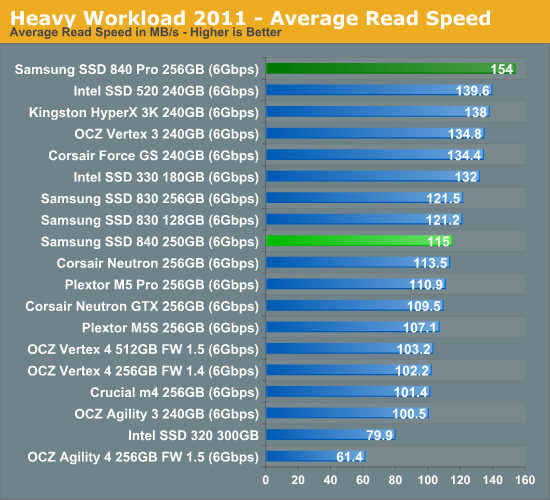 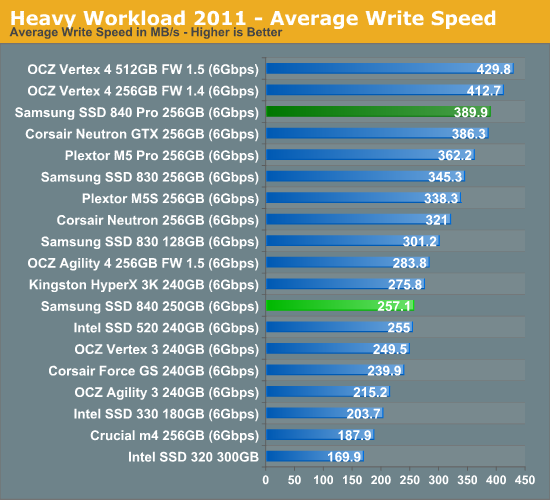 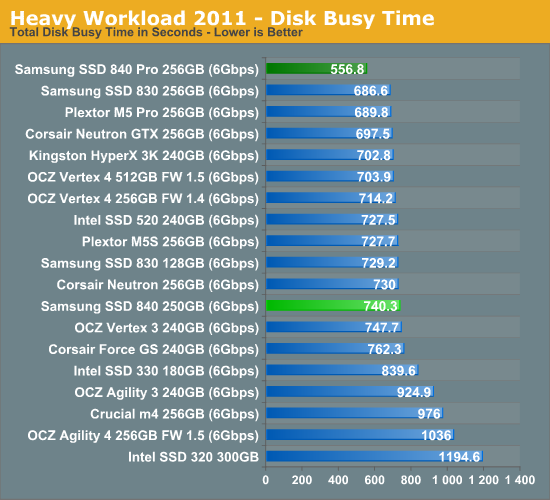 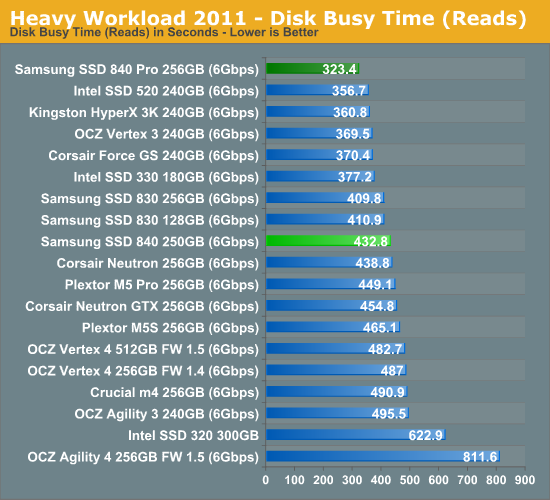 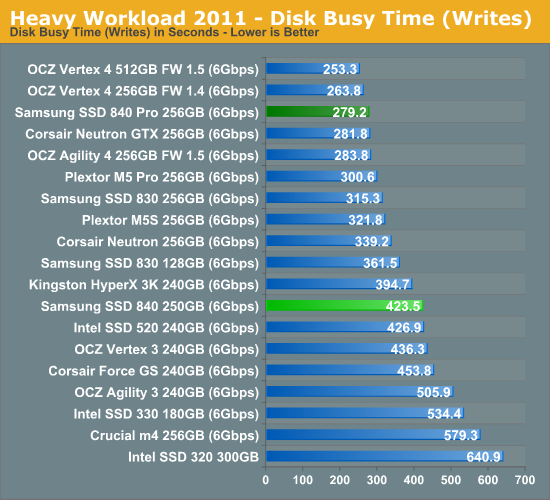